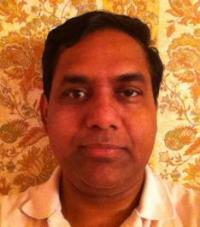 Mr. M. Naga Raju, is a senior civil servant from India with a broad spectrum of experience at the State and Union Government levels in India. He worked as Advisor to the Executive Director of The World Bank until June 2012. Prior to that, he worked as Director in the Department of Economic Affairs, Ministry of Finance, Government of India. He also served in the Government of Tripura as Chief Executive Officer, Tripura Tribal Areas Autonomous District Council, District Magistrate and Collector and as Director of Tribal Welfare and Project Advisor, World Bank Aided India Rubber Project.

He worked his first ten years in Tripura, one of the poorest, tribal insurgency and ethnic strife-affected states in Northeast India. He was the leader of multidisciplinary teams at Sub-District and District levels responsible for governance, development, public safety, coordination and regulatory functions. At the State level, he handled policies relating to economic, educational and cultural development of tribes, enhancing skills of unemployed and rehabilitation of people who eschew violence and extremism.

His state-level experience has been complemented with the exposure he received at the federal level in the Ministry of Finance, Government of India dealing in bilateral aid policy, bilateral economic relations with countries including the U.S., Canada, Japan, Western Europe, and Australia. His exposure at the Ministry of Finance taught him how critical public policy is in designing programs, creating jobs, reducing poverty, infrastructure development, and the importance of bilateral relations for trade, technology, and strategic goals.

As Advisor to the Executive Director for India at The World Bank, Washington DC,  he was closely exposed to its functioning, its response to the financial crisis and its engagement with India.

M. Naga Raju will be a Non-Resident Visiting Scholar at CASI from September 2012 through August 2013.