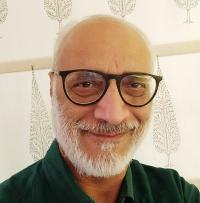 Ashok Gulati has been Infosys Chair Professor for Agriculture at the Indian Council for Research on International Economic Relations (ICRIER) since March 2014. He is currently also on the Central Board of Directors of the Reserve Bank of India (RBI), National Bank for Agriculture and Rural Development (NABARD), and National Commodities and Derivatives Exchange (NCDEX). He was Chairman of the Commission for Agricultural Costs and Prices (CACP), Government of India (2011-14), and Director (Markets, Trade, and Institutions, and later in Asia) at the International Food Policy Research Institute (IFPRI) for more than 10 years (2001-11). He worked as a Chair Professor NABARD at the Institute of Economic Growth (1998-2000), and prior to that he was Director/Chief Economist, Agriculture and Rural Development at National Council of Applied Economic Research (NCAER) from 1991-97. Dr. Gulati has been deeply involved in policy analysis and advice in India. He was the youngest member of the Economic Advisory Council to the Prime Minister of India (Shri Atal Bihari Vajpayee); Member of the Economic Advisory Council to the Chief Minister of Andhra Pradesh, and Member of the State Planning Board of Karnataka. For his contributions to the field, the President of India honored him in 2015 with "Padma Shri,” a high civilian award. Dr. Gulati has written 14 books on Indian and Asian Agriculture, in addition to numerous research papers in national and international journals. His current column "From Plate to Plough" appears in The Indian Express and Financial Express. He earned his M.A. and Ph.D. from Delhi School of Economics.

Dr. Gulati was a CASI 2019 Distinguished International Fellow from March 17-22, 2019. He gave a Nand & Jeet Khemka Distinguished Lecture on March 19, 2019 titled "Who Will Feed India? Political Economy of Agriculture Policies and its Implications" and wrote an article of the same title published in India in Transition on April 22, 2019.