"Who Will Feed India? Political Economy of Agriculture Policies and its Implications" - A CASI Nand & Jeet Khemka Distinguished Lecture by Ashok Gulati, March 19, 2019

Who Will Feed India? Political Economy of Food and Agriculture Policies and its Implications 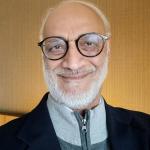 India is, today, a country of about 1.35 billion people. United Nations’ population projections of 2017 say that India is likely to surpass China’s population by 2024 and reach 1.5 billion by 2030, making it the most populous nation on the planet. About two-thirds of Indians are below 35 years age. India’s GDP has been growing at around 7 percent annually for the last two decades, and likely to continue at this pace for at least another decade. With population growth gradually declining to 1.1 percent now and continuing in that direction, per capita incomes in India are likely to grow at around 6 percent annually for the next decade. The 2011 consumption expenditure survey conducted by the National Sample Survey Office (NSSO) revealed that an average Indian household spent about 45 percent of its total monthly expenditure on food, implying that the demand for food in India is going to spike in the coming years.

This raises a fundamental question: can India feed itself or will it become a large importer of food? This question is pertinent as India has limited cultivated land (net sown area hovers around 140 million hectares) and its ground water table is under tremendous pressure, at places depleting at the rate of almost one meter a year! Climate change predictions indicate rising temperatures and greater frequency and intensity of droughts.

Historically, India has had a tough time feeding its population. In 1943, during the British rule in India, the Bengal famine is said to have taken 1.5 to 3 million lives. But since independence in 1947, although widespread deaths have not been reported due to starvation, India faced “ship to mouth” situations during two successive droughts in the mid 1960s. Massive imports of wheat (about 11 million tons/year) from the US under Public Law 480 saved the day for India. But it also taught her a lesson: “everything else can wait, but not agriculture.” The result was the famous green revolution in the late 1960s through miracle seeds, fathered by Norman Borlaug. Today, India is not only self-sufficient in basic staples but also a net exporter. From 2012-13 to 2014-15, India exported total of 63 million tons of cereals, and today, India is the largest exporter of rice.

Milk is India’s largest agri-commodity. Its production (about 177 million tons in 2017-18) in value terms exceeds that of rice and wheat combined. The famous “white revolution,” steered by Verghese Kurien during late 1970s through 1980s, was achieved through an innovative method of milk collection from small holders homogenizing, pasteurizing, and sending milk to urban areas as far as 1,200 miles away in milk tankers designed to keep milk at 39 degrees Fahrenheit, and distributing it through an organized retail network.

Thereafter, India achieved several other revolutions in agriculture: blue revolution (fisheries), red revolution (meat, especially poultry), golden revolution (fruits and vegetables), and gene revolution (cotton). All these agri-revolutions, triggered by innovations in technologies and institutions, made India a net exporter of agri-produce. But one thing that had not surfaced much in this evolutionary process is the issue of farmers’ incentives. While the “tonnage” issue has been settled for the time being, the issue of farmers’ incomes is a burning one right now as India is undergoing the biggest ever democratic elections on this planet, involving 900 million voters. The ruling political party, Bharatiya Janta Party (BJP), has promised to double farmers’ incomes by 2022-23 in its 2019 manifesto. It has tried to address farm distress by announcing higher minimum support prices (MSPs) for about 23 major commodities in 2018-19, but in the absence of a large scale procurement mechanism by the government, the market prices for most commodities have remained 10-30 percent below the announced MSPs. Sensing political unrest by farmers, the BJP has promised a direct income transfer to farmers’ accounts, which may cost about Rs 87,600 crores ($12.5 billion). However, it would constitute just 5 percent of farmers’ incomes. Doubling of farmers’ incomes by 2022-23 would require much bolder reforms in agri-marketing.

India’s political economy has operated in a way that has restricted exports of agri-produce whenever domestic prices have spiked, be it onions, wheat, or rice. The private sector has not been allowed to hold large stocks, and sometimes even inter-state movements are restricted through the Essential Commodities Act (ECA) of 1955. This has not allowed the building of efficient pan-India value chains due to a lack of investments by the private sector. Agri-marketing is further restricted through the Agricultural Produce and Marketing Committee (APMC) that binds farmers to sell their produce only through these markets. These markets have been rigged by commission agents taking away an unduly high share of consumers’ rupees in the value chain. As a result of these restrictive trade and marketing policies, India’s farmers have been implicitly “net taxed” despite large input subsidies. The 2018 OECD-ICRIER report on India’s Agriculture Policies estimated that the Producer Support Estimates (PSEs) for 2000-01 to 2016-17 was minus (-) 14.4 percent of the value of gross farm receipts. This amounts to an implicit “net tax” of about Rs 2.65 lakh crores ($38 billion) annually to farmers. In comparison, China supported its farmers by $212 billion in 2016, and OECD as a group supported its farmers by $235 billion per year in 2016. What all this reflects is that India has a huge consumer bias in its food and agri-policies that implicitly taxes its farmers.

The lesson from these research findings is that if India can reform its policy structure in a way that at least ensures farmers a “level playing field” with consumers, then Indian farmers can get much better incentives and higher profitability, encouraging them to adopt better technologies, raise yields, and make India much more competitive. The best way to do this would be through fundamentally reforming the ECA, APMC Act, exports policy, etc. If India can do that, it can not only feed its population but can also create surpluses for exports. But if it can’t, India runs the risk of becoming an overall importer of food soon.

In the cacophony of ongoing elections in India between April-May 2019, the main opposition party, Congress, has explicitly promised to carry out agri-marketing reforms along with a direct income support to the bottom 20 percent of the population, many of whom would be small and marginal farmers, tenants, and landless agri-laborers. The cost of this is likely to be Rs 3.6 lakh crores ($51 billion) per year. However, the BJP has been somewhat lukewarm on agri-marketing reforms but promised direct income support to farmers of about $12.5 billion.

Whichever political party comes to power by the end of May, one thing is clear: India is poised for some sort of direct income support to farmers, and that may help keep India feeding its population well, at least until 2030.

Ashok Gulati is the Infosys Chair Professor for Agriculture at the Indian Council for Research on International Economic Relations, (ICRIER), and CASI’s 2019 Distinguished International Fellow.