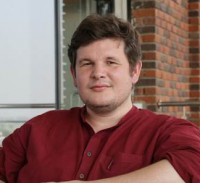 As Co-Director of the Trivedi Centre for Political Data, he leads an effort of building public datasets on Indian elections and public actors, including elected representatives and candidates to elections, political parties, national, and state cabinets, the top cadres of India’s central bureaucracy and the higher judiciary.

His areas of longstanding interest and research commitment focus on questions of representation, particularly of women, castes and minorities across public institutions. He also conducts research on the intersection of gender and local politics, studying the trajectories of women contesting Panchayat elections.

Prof. Verniers is a contributor to a CASI-TCPD project on urban local bodies, a project that aims to build the first open access repository of Indian municipal elections’ results. He is a regular contributor to the editorial pages of The Indian Express, Hindustan Times, The Times of India, The Economic Times, and Scroll. He is based in New Delhi since 2005.