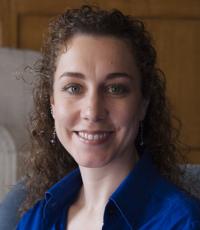 Beatrice Jauregui is Assistant Professor of Criminology and Anthropology at the University of Toronto. She completed her Ph.D. in Anthropology at the University of Chicago, and received her BA in Sociology and Psychology at the University of Pennsylvania. Her research interests involve ethnographic and historical study of the lived experiences of persons working in police and military bureaucracies to understand the everyday dynamics of authority, security, and democratic order. Her forthcoming book, with working title, Provisional Authority: Policing and Order in India, is based on more than two years of fieldwork with police in Uttar Pradesh. She has also studied international police and military institutions in the Maldives, the UK, and the US, and published widely on this research. Current projects include: 1) an ethno-history of police unions and uprisings in postcolonial India and beyond; and 2) an ethnography of how the experiences and representations of US combat veterans have transformed from the Vietnam war era through the present. The latter project forms the basis of a documentary film provisionally titled "American Communion."