In September 2012 at CASI’s 20th Anniversary the Center had announced the launch of an intellectually ambitious project on State Capacity in India. One of the singular challenges facing India is the weakness of government institutions, ranging all the way from the federal level to local government. This CASI research project hopes to contribute to debates over institutional change and reform that are currently underway in India by bringing more analytical rigor and enlarging the parameters of the debate. These debates are particularly important in light of the fact that both the Indian economy and Indian society have changed profoundly in the last decades and India’s record in governance and development continues to be modest, in large part due to the limited effectiveness of its public institutions.

CASI initiated the project by organizing a conference in July 2013 with Centre for Policy Research and UPIASI on “Building an Indian State for the 21st Century,” supported by the Rockefeller Foundation and International Development Research Centre (IDRC). This conference focused on India’s key federal public institutions, revisiting earlier work on this subject that was done a decade ago [Public Institutions in India: Performance and Design, co-edited by Devesh Kapur and Pratap Bhanu Mehta]. The conference papers have been published in a volume co-edited by Devesh Kapur, Pratap Bhanu Mehta, and Milan Vaishnav [Rethinking Public Institutions in India, OUP, Delhi 2017]. 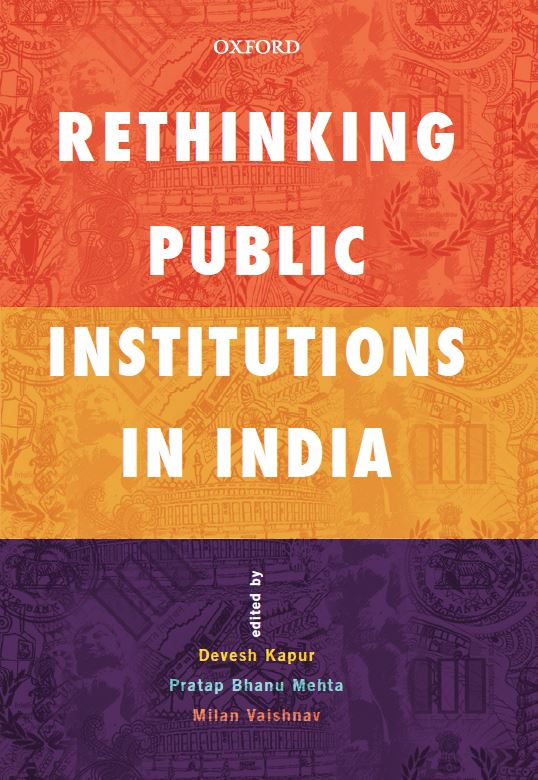