India Review published a special issue in May 2020 featuring essays critiqued during a September 2019 workshop at CASI. 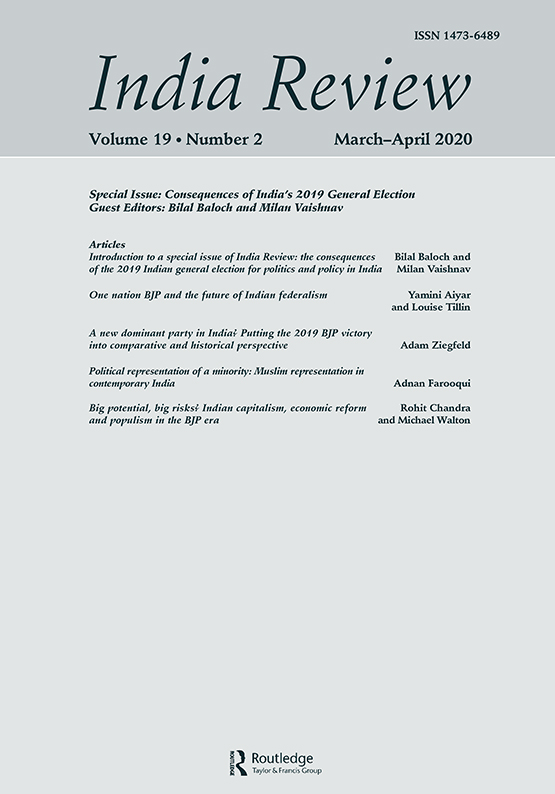 This special issue (Volume 19, Issue 2, 2020) addresses the implications of the 2019 general election for India’s democratic polity. Since the authors put pen to paper in the immediate aftermath of the elections, important shifts have taken place in India’s electoral and policy landscape. This is the inevitable challenge of real-time analysis. It is for this reason that a diverse set of academics and research-oriented practitioners were brought together who help place the election in comparative and historical context for students and scholars of India and South Asia. The result is a unique, balanced, and illuminating collection of articles that stand apart from the plethora of post-election analyses. Though the broad remit of this collection is to assess how the 2019 election results will impact four key domestic policy and political arenas—the party system, minority rights, economy, and federalism—the underlying philosophical concern pertains to the trajectory of power within India.

"One Nation," BJP, and the Future of Indian Federalism
Yamini Aiyar & Louise Tillin