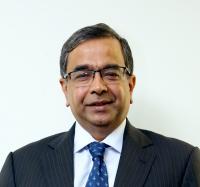 Prof. K. Srinath Reddy is President of the Public Health Foundation of India (PHFI) and formerly Head of the Department of Cardiology at All India Institute of Medical Sciences (AIIMS).  He was appointed the First Bernard Lown Visiting Professor of Cardiovascular Health at the Harvard School of Public Health in 2009, and is also an Adjunct Professor of the Rollins School of Public Health, Emory University and Honorary Professor of Medicine at the University of Sydney. PHFI is engaged in capacity building in Public Health in India through education, training, research, policy development, health communication, and advocacy. In March 2017, he was also appointed Cabinet Minister and Advisor on Health to the Government of Odisha.

Having trained in cardiology and epidemiology, Prof. Reddy has been involved in several major international and national research studies including the INTERSALT global study of blood pressure and electrolytes, INTERHEART global study on risk factors of myocardial infarction, national collaborative studies on epidemiology of coronary heart disease and community control of rheumatic heart disease. Widely regarded as a leader of preventive cardiology at national and international levels, Prof. Reddy has been a researcher, teacher, policy enabler, advocate, and activist who has worked to promote cardiovascular health, tobacco control, appropriate nutrition across the life course, chronic disease prevention, and healthy living across the lifespan. He edited the National Medical Journal of India for ten years and is on the editorial board of several international and national journals. He has more than 460 scientific publications in international and Indian peer-reviewed journals.

He has served on many WHO expert panels and has been the President of the World Heart Federation (2013-14). He chaired the Core Advisory Group on Health and Human Rights for the National Human Rights Commission of India for several years and was a member of the first National Science and Engineering Research Board of Government of India. He recently chaired the High Level Expert Group on Universal Health Coverage, set up by the Planning Commission of India. He has also served as the President of the National Board of Examinations which deals with post-graduate medical education in India.

Prof. Reddy is a member of the Leadership Council of the Sustainable Development Solutions Network (ww.unsdsn.org), established to assist the United Nations in developing the post-2015 goals for sustainable development. He chairs the Thematic Group on Health in the SDSN. Prof. Reddy is a member of the Global Panel on Agriculture and Food Systems for Nutrition. He is also Co-chair, Steering Committee on Health Related Issues on Air Pollution.