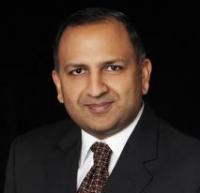 Pratap Bhanu Mehta is Vice Chancellor of Ashoka University. Previously, he was President of the Centre for Policy Research, New Delhi, one of India’s leading think tanks and earlier Associate Professor of Government and Social Studies at Harvard University. He has also been Visiting Professor of Government at Harvard University and Professor at NYU Law School’s Global Faculty. His books include Rethinking Public Institutions in India, The Oxford Handbook of the Indian Constitution, The Oxford Companion to Politics in India, and The Burden of Democracy. Dr. Mehta is one of India's most prominent public intellectuals through his columns in Indian Express and has also been deeply engaged in public policy as Member-Convenor of the Prime Minister of India’s National Knowledge Commission; member of the Supreme Court appointed commission on regulating Indian universities, and the author of reports for both government and international agencies. He is on the Board of Governors of the International Development Research Centre and serves on the Editorial Board of numerous journals including the American Political Science Review, Journal of Democracy and India and Global Affairs.