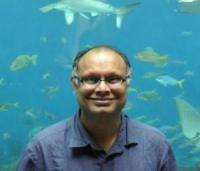 Dr. Rohan D’Souza is an Assistant Professor at the Centre for Studies in Science Policy (Jawaharlal Nehru University, New Delhi). He is the author of Drowned and Dammed: Colonial Capitalism and Flood control in Eastern India (2006). His edited books include The British Empire and the Natural World: Environmental Encounters in South Asia (2011) and Environment, Technology and Development: Critical and Subversive Essays (2012).  He has held postdoctoral fellowships at Yale University and the University of California, Berkeley. He was also a Senior Research Associate at the Centre for World Environmental History (University of Sussex) and Visiting Fellow at the Resources Management Asia-Pacific (Australian National University). Dr. D'Souza was recently awarded the Short Term Chair at the University of Tokyo (Japan) as Visiting Professor of Contemporary Indian Studies by the Indian Council for Cultural Relations (2012).

We are pleased that Dr. D'Souza will be in residence at Penn as a CASI Visiting Scholar from October through December 2013.