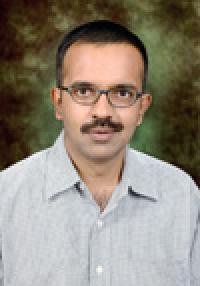 Harish Damodaran is a journalist who has worked for more than 16 years as a reporter and editorial analyst with the Press Trust of India and The Hindu Business Line. Currently Senior Assistant Editor at The Hindu Business Line, Damodaran has specialized in agri-business and commodities coverage -- a job which, besides involving tracking of price movements and harvest sizes of grains, oilseeds, pulses, sugar and dairy products, has given him ample opportunities to travel, observe, study and learn from people and things on the ground. Insights from field-level reportage over a sustained period have, in turn, helped in complementing his wider interest in macroeconomic policy, business and development issues, and also provide a more nuanced understanding of Indian society, history and politics. Damodaran is a recipient of the World Food Day Award-2000 from the UN Food & Agricultural Organization and the Indian Association for the Advancement of Science, given in recognition of his work as a farm reporter.

In December 2004, Damodaran was conferred a book-writing fellowship from the New India Foundation, Bangalore. The result was India’s New Capitalists: Caste, Business and Industry in a Modern Nation-State, which is being published by Permanent Black and Palgrave Macmillan. Written in a lucid style combining analytical rigor with journalistic flair, the 340-page book is slated for release in early 2008.

About the Book
Business in India has traditionally been the preserve of certain Bania communities clubbed under the Vaishya order of the classical Hindu chaturvarna (four-order) social hierarchy. So deep is this association that the term ‘Bania’ has over generations acquired a generic connotation, used interchangeably to refer to the village moneylender-cum-grocer, general merchant, produce financier or large factory owner. This near-synonymous identification of business with the Bania and vice versa has, however, undergone significant dilution since the early part of the 20th century, which saw the entry of a number of businessmen from the ranks of the Brahmins, Khatris and similar castes with predominantly scribal or administrative background. The post-Independence period has witnessed a further widening of the social base of Indian capital to include various agrarian and allied service castes such as the Kammas, Naidus, Reddys, Rajus, Gounders, Nadars, Ezhavas, Patidars, Marathas and Ramgarhias. As a result, entrepreneurship is today no longer the exclusive bastion of the old mercantile groups: whether Banias, Jains and Marwaris or Sindhis, Lohanas, Bhatias, Parsis, Nattukottai Chettiars, Kutchi Memons, Khojas and Bohras.  Capital’s social profile has expanded considerably beyond the Bania-plus complex to incorporate a wide spectrum of communities. But this ‘inclusive capitalism’ has not followed a uniform pattern across India, being more a feature of the southern and western states. This contrasts with the North, which has not demonstrated a similar churning of the socio-business landscape. Moreover, even within the progressive regions, capital’s ‘democratization’ has not fully permeated to the lowest rung of the social ladder. For instance, country is yet to produce a single Dalit industrialist of note, even while competitive electoral politics and the institution of a welfare state after Independence has thrown up scores of high-ranking leaders, bureaucrats and judges from the erstwhile ‘untouchable’ castes.

India’s New Capitalists traces the modern-day evolution of business communities in India and, for the first time, systematically documents the rise of new entrepreneurial groups with no established pedigree of trading or banking. The book also contains 15 individual case studies that embellish the general findings.