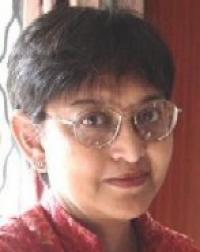 Sevanti Ninan is a columnist based in New Delhi writing on media for The Hindu and the Hindustan and founder-editor of The Hoot.org, a South Asian media watch website. She began her career at the Hindustan Times and has been development correspondent, special correspondent, and magazine editor at the Indian Express. Her books includeThrough the Magic Window: Television and Change in India(Penguin India, 1995); Plain Speaking with Chandrababu Naidu (Viking, 2000); and Rajasthan (Roli Books 1980). Her forthcoming book on the Hindi press, Headlines from the Heartland: Reinventing the Hindi Public Sphere will be published by Sage Publications in April-May 2007. She was educated at the University of Madras and the University of Illinois at Champaign-Urbana.