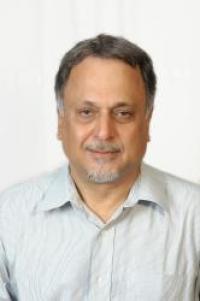 Bharat Karnad is a Research Professor in National Security Studies at the Centre for Policy Research, New Delhi. He is the author of India's Nuclear Policy [Praeger, 2008], Nuclear Weapons and Indian Security: The Realist Foundations of Strategy (now in its second edition) [Macmillan India, 2002, 2005] and author-editor of Future Imperiled: India's Security in the 1990s and Beyond[Viking-Penguin India, 1994]. He was a Member of the National Security Advisory Board, National Security Council, Government of India, and Member of the Nuclear Doctrine Drafting Group, and formerly Advisor, Defense Expenditure to the Finance Commission, India. He is a regular lecturer at the highest military training institutions and forums and conducts an annual Strategic Nuclear Orientation Course for senior armed forces officers for the Integrated Defense Staff, Ministry of Defense.

We are pleased that Mr. Karnad will be in residence at Penn as a Visiting Scholar at the Center for the Advanced Study of India from October through November 2009.