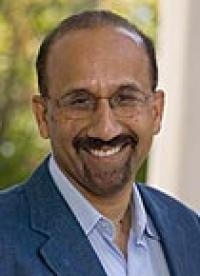 Atul Kohli is the David K.E. Bruce Professor of International Affairs and Professor of Politics and International Affairs at Princeton University. His principal research interests are in the areas of comparative political economy with a focus on developing countries. He is the author of State-Directed Development: Political Power and Industrialization in the Global Periphery (winner of the Charles Levine Award (2005) of the International Political Science Association);Democracy and Discontent: India's Growing Crisis of Governability; The State and Poverty in India; and the editor of six volumes: The State and Development in the Third World; India's Democracy; State Power and Social Forces; Community Conflicts and the State in India; The Success of India's Democracy; States, Markets and Just Growth. He has also published some fifty articles. His current research focuses on the topic of "imperialism and the developing world." He is the Chief Editor of World Politics, a quarterly journal of political science that publishes theoretical and empirical contributions to problems in international relations and comparative politics. He has received grants and fellowships from the Social Science Research Council, Ford Foundation and Russell Sage Foundation. Ph.D. University of California, Berkeley.

We are pleased that Dr. Kohli will be in residence at Penn as a Visiting Scholar at the Center for the Advanced Study of India from September 2009 through August 2010.