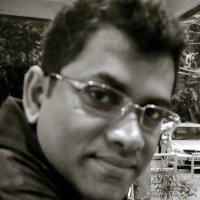 Baladevan Rangaraju is the Founder Director of India Institute. He is a social entrepreneur with extensive experience in research, advocacy, community engagement, campaigns, organization building and education leadership. He is the author of The Private School Revolution in Bihar: Findings from a survey in Patna Urban (with James Tooley and Pauline Dixon), India’s first landscape study of the school market in a city. His pioneering use of GPS technology to measure private school popularity provided new information on school distribution and enrollment patterns – data that helped the state review its regulatory policies. The study won the global Templeton Freedom Award in 2012.

A staunch proponent of choice and enterprise, Bala is widely quoted and has appeared in national and international media, most often commenting on education policies and social infrastructure issues. He is an articulate and passionate advocate of market-based policy solutions to education challenges: vouchers, grading institutions, competition among institutions, and performance-linked pay for teachers. Before founding the India Institute, Bala was the National Director of the School Choice Campaign in India, heading its political advocacy, pilot projects, public relations and outreach programs in the six states of Delhi, Rajasthan, Uttar Pradesh, Bihar, Orissa and Uttarakhand.

His recent projects include launching itorney, a mobile application to secure legal rights in India for which he won the 2014 Think Tank Shark Tank Grand Prize, and launching Niti Express, a radio based awareness project to promote legal literacy in Hindi through nano tales.