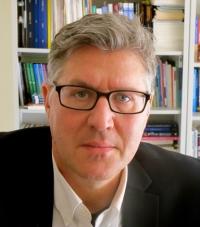 Dr. Rob Jenkins is a Professor of Political Science, Hunter College and The Graduate Center, City University of New York (CUNY). Formerly, he was a Professor of Political Science at Birkbeck College, University of London. His research in the area of Indian politics and political economy has covered a range of topics – from local-level anti-corruption movements to India’s engagement with the World Trade Organization.

His books include Reinventing Accountability: Making Democracy Work for Human Development (Macmillan-Palgrave), Democratic Politics and Economic Reform in India (Cambridge University Press), and Regional Reflections: Comparing Politics Across India’s States (Oxford University Press). He has undertaken advisory work and commissioned research for UNDP, UK DFID, the World Bank, and other agencies. He is currently Visiting Fellow at the Ralph Bunche Institute for International Studies in New York, where he is researching the development of the two-year-old UN Peacebuilding Commission (which will form the basis of a book Peacebuilding: From Concept to Commission, to be published in 2009). He is currently beginning two new research projects, one on the implementation of the transparency and social-audit provisions of India’s National Rural Employment Guarantee Act, and the other on the politics surrounding the implementation of Special Economic Zones in 10 Indian states. He was also a Non-Resident Visiting Scholar at CASI