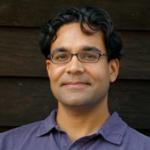 Identity politics is the workhorse of most analysis of human interaction in India. For decades, the cleavages of caste and community have been viewed as the most important forces shaping social, political, and economic dynamics. The extent to which individuals participate in violence, act collectively, succeed in delivering public goods, or make decisions on Election Day – all of these are perceived to hinge on issues of ethnic identity.

Yet, quietly tucked away in all such analyses is an assumption that has rarely been questioned: that individuals can easily and correctly identify the ethnic identity of others.  In social science jargon, this is the assumption of “ethnic identifiability.” In actuality, a growing body of evidence from around the world casts doubt on this assumption, including recent research from India itself. Particularly in an election year when there will be much talk of “vote banks” and “caste equations,” perhaps we should stop and ask: are we overstating the case?

Ethnic attachments are widely thought to influence voting behavior in India in several ways: by shaping evaluations of candidates and voter expectations, and, of course, determining vote choice itself. Implicit in all such statements is that a Brahmin, for example, is able to establish whether a given candidate is a Brahmin, Yadav, or Muslim. This fundamental assumption, in turn, then opens a whole range of calculations in the minds of voters.

How realistic is this assumption? With the help of the Delhi-based Centre for the Study of Developing Societies (CSDS), we put this test to more than 2,000 randomly-selected voters in forty assembly constituencies across Bihar. A few days after voters cast their ballots in the 2010 assembly elections (which brought Nitish Kumar back to power), we asked them to identify the jati (caste) of the candidate they voted for in the recently concluded assembly election. Voter responses were then matched with data on the actual identities of candidates. Bihar is a good place for such a test; there is perhaps nowhere in all of India where caste divides are as sharply defined or have greater salience in everyday life.

It came as something of a surprise then that nearly one-third (29.2 percent, to be exact) of voters we surveyed across Bihar misidentified the jati of the candidate they had voted for in the election literally just days before. This echoes the findings of a 2010 Oxford University study conducted with students at the Indian Business School (IBS). Not only did a significant percentage of IBS students struggle to identify the caste grouping of their fellow classmates, but in a separate experiment a majority of subjects succeeded in passing themselves off as belonging to another caste group.

In fairness, when voters in our Bihar study got it wrong, in most cases they did not get it very wrong. While nearly one-third of respondents misidentified the jati of their preferred candidate, for nearly 90 percent of respondents, the candidate’s “perceived jati” fell within his/her overarching caste category. For instance, a voter might mistakenly identify a candidate as an upper caste Bhumihar, when in fact, the candidate belongs to the upper caste Brahmin community. While a voter may not be able to identify his candidate’s jati, he/she is generally in the ballpark.

Stepping back, this scarcely clarifies matters. After all, it is caste (jati) identities that are commonly thought to be the salient distinctions in Bihar and in most other parts of India, not overarching categories (Scheduled Caste, Upper Caste, OBC, etc.). Indeed, the first two pieces of information a visitor typically receives from locals when traveling to a constituency around elections is a breakdown of the relevant candidates’ jatis (“Candidate X is a Rajput from the Congress Party. Candidate Y is a Kurmi from the BJP”) and an estimate of the caste composition of the electoral constituency (“There are one lakh Yadavs, 50,000 Paswans, 40,000 Koeris”).

This brings us to the next issue of whether or not there are clear differences in rates of identifiability across communities. While we found few systematic differences among Hindus, it turns out that voters of all stripes are more easily able to identify Muslim candidates. On one level, this is to be expected. In most cases, their distinct names are enough to give their identity away. Yet, there is a twist. Muslim candidates are easily identified, but Muslim voters, in turn, are also far better at identifying politicians. Only 13 percent of Muslims voters misidentify candidates (compared to 32 percent of Hindus), a number made more meaningful by the fact that Muslim voters voted for non-Muslim candidates in a majority of cases. Although this finding deserves greater exploration, it might have something to do with the fact that Muslims are often key swing voters and thus, have more contact with candidates.

Is it possible that these patterns are not patterns at all but merely random noise? That doesn’t appear to be the case. As prior studies have shown, we found considerable structure to the errors voters make. For starters, co-ethnicity significantly improves accuracy, lending credence to the notion that voters operate with greater ease when it comes to identifying “one of their own.” However, in fewer than 20 percent of cases did a voter actually vote for a candidate of the same jati. Education, on the other hand, works in the opposite direction. The more educated voters are, the less likely they are to be able to identify the ethnic identity of their preferred candidate, lending support to the contention that modernization and upward mobility can serve to diminish parochial questions of identity.

None of this is to deny the plain reality that ethnic identity continues to be a powerful factor in Indian elections, a statement backed up by a large body of social science research. However, it may be time to revise our models of how ordinary Indians interact with ethnicity. If the ubiquitous “caste signal” is noisier than we have been led to believe, is this having a measurable effect on politics? Does voter error influence their evaluations of politicians? Does it affect voters’ expectations of what politicians should or should not deliver while in office? The answers to these questions have implications for the way in which we understand what makes Indian voters tick.

Milan Vaishnav is an Associate with the South Asia Program at the Carnegie Endowment for International Peace in Washington, D.C. You can follow him on Twitter @MilanV.