"Scholar Calls For More Research into Literary Past," The Hindu. March 6, 2009

"China Claims to Have '1st Pop Singer in Sanskrit', May Present Her During World Expo," Saibal Dasgupta. The Times of India. January 25, 2010

Crisis in the Classics: A Need for a Classics Survey 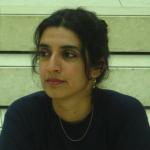 In recent years, Sheldon Pollock, Professor of Sanskrit at Columbia University, has pointed out that there is a crisis in the study of not only Sanskrit, but all the classical languages of India. After rich histories spanning many centuries, these languages have arrived at a point from which it may no longer be possible to ensure their preservation into the future. By 2030, when India has become the world’s most populous, and possibly its most prosperous nation, it will also have severed ties with its extraordinary linguistic and literary inheritance.

How has this situation come to pass, and what are the exact and empirical dimensions of this crisis? In 2002, Partha Chatterjee produced a field report on the state of the social sciences in India for the Social Science Research Council. This kind of study needs to be undertaken for not just Sanskrit, but also a number of other classical languages, such as Malayalam, Kannada, Bengali, Tamil, Persian, and Brajbhasha.

It is stunning that in a country with dozens of Sanskrit departments at all major state-level and national universities, a number of Sanskrit colleges dating from the colonial period, an entire network of matha, pathshala, and vidyapeeth institutions comprising a parallel educational economy (especially in southern India), compulsory Sanskrit at the middle school level for millions of school children (which implies thousands of school teachers), and innumerable texts stored in homes, libraries, archives, and temples, we do not have the most basic infrastructure to read, preserve, or create knowledge in or about Sanskrit. Neither the inertia from a prior era, nor new initiatives have kept Sanskrit going.

As usual in India, the root of the matter lies not in a shortage of money, but in the lack of a vision. Politically motivated interest, fitful as it has been, has only worsened the situation, ruining even the few centres of excellence that had survived on the intellectual steam and personal integrity of their staff until the early 1990s – Pune University, the Deccan College, and the Banaras Hindu University come immediately to mind. Sanskrit has suffered neglect and misrepresentation equally at the hands of Congress-led, BJP-led, and left-wing governments. Over the past twenty years, no political environment has helped the cause of the language or its astonishing storehouse of knowledge.

Over the past two to three decades, Pollock and his colleagues in the West have been successful in stemming the disappearance of Sanskrit in three ways: through their own writing, research, and teaching; by training a small but highly motivated and competent group of students; and by publishing high-quality translations of classical texts in English, through series like the Clay Sanskrit Library. The Japanese too, do their bit for Sanskrit, largely because of their investment in Buddhism and Buddhist scholarship. But ultimately the crisis cannot be averted except through efforts in India, where the vast majority of the texts still exist, in howsoever disorganized or poor a condition.

What is urgently required is a fact-finding mission on Sanskrit and Classical Languages to conduct a comprehensive nation-wide Classics Survey. Without such groundwork, we cannot even begin to address or rectify the problems that plague the study of the classical heritage of India. When we need sheer information, we still turn to data collected in thenineteenth century by the British, or in thetwentieth century by Indian Indologists working for first the colonial administration and later the Nehru administration. There is no up-to-date snapshot to be had; no decadal All-India Sanskrit Report 1990, 2000, or 2010.

The Difficulty of Being Good - at Classics

Kusum Pawde, a Maharashtrian woman of non-Brahmin origins, has written a seminal essay titled “The Story of my ‘Sanskrit’,” describing the struggles she faced growing up outside upper caste society in Maharashtra and becoming a Sanskrit scholar and university teacher. Her story took place back when the study of Sanskrit was still confined to Brahmin men; Pawde had to fight discrimination on the grounds of both caste and gender. Yet, when I first read her essay whilst doing my own doctoral work in Maharashtra thirty-five or forty years after she completed her education, even with my rather different social and financial situation, I found it no less difficult to navigate the world of Sanskrit scholarship.

The only place Sanskrit felt accessible was in the classroom at the University of Chicago with American professors and classmates, or on the fifth floor of the Regenstein Library, which housed every text – old or new, classical or vernacular, Indian or European – that one might conceivably need. Between 1998 and 2003, I spent almost five years in the field, travelling to every major centre of Sanskrit, learning throughout the Deccan and southern India. By the time I returned to Chicago to write my dissertation, I had to concede that there was no “there” there for the study of pre-modern India, in India.

In early 2010, Gurcharan Das told me that he was disturbed about having to go to American universities to study or refresh his Sanskrit in preparation for writing his latest book, The Difficulty of Being Good (2009). Das was an undergraduate at Harvard in the 1960s, where he read Sanskrit with Daniel Ingalls. Four decades later, he returned to the University of Chicago to brush up his philological skills with Ingalls’ students, Sheldon Pollock and Wendy Doniger.

As we shared stories across generations, I recounted to Das my own disappointments and difficulties in trying to study Sanskrit in India. I told him about my misadventures at universities, libraries, archives, and traditional schools in multiple states – Maharashtra, Karnataka, Uttar Pradesh, Tamil Nadu, and Bengal. I had spent my twenties in graduate school, searching for Sanskrit. I found it more readily in the U.K. and the U.S.; in India, it consistently eluded me. Das looked at me in amazement; it had not occurred to him that his experience – call it the difficulty of being good at classical studies in India – was not by any means unique to him.

No Future without the Past

The reality is that there is a crisis in institutions of higher education in India across the board. Within a universal state of decay and collapse, relatively speaking, technical and professional subjects are better off than the hard sciences, social sciences, and humanities, in that order. Within the humanities, languages are the worst off. This is the hierarchy according to which knowledge is arranged in India’s public universities.

Arguably, linguistic diversity and literary richness ought to be India’s strongest suit, given its history both as an old civilization and as a diverse and multi-vocal democracy. Alas, we have driven our languages and literatures into the ground. Linguistic chauvinism and language-centred identity politics abound. Yet, not a single political ideology protects and nurtures the languages, which remain orphans in the political process and in the networks of institutional patronage cultivated by different parties.

It may seem perverse to worry about Sanskrit – a so-called “dead” language – when Indians are becoming less and less fluent in the living regional languages, most of which have numerically more or as many speakers as major European and Asian languages. It may seem that with the downfall of Brahmin and upper-caste hegemony in the social, political, and cultural spheres, it was only natural for the language constitutively linked to savarna power for centuries to go into terminal decline.

But Sanskrit was never merely – and certainly need no longer be – a tool of epistemic violence against vulnerable sections of our society, including women, lower castes, tribals, and Muslims. It is, like it or not, one of a very small number of keys to our entire recorded history; without an ability to be functional in this language, without preserving its texts, its archives, and its material residues, we simply cannot know our own origins. Wilfully destroying and forgetting the historical past, in the manner of Communist Russia and China in the twentieth century, or distancing and censoring it in the manner of other new republics based on old cultures, like Turkey and Iran, is not the way forward for India.

Try to imagine independent India without its founding, fundamental, and inalienable texts, whether ancient or modern, upper caste or outcaste: the sermons of the Buddha, the edicts of Asoka, the epics of Vyasa and Valmiki, the songs of its Sufis and bhakti poets, the teachings of its saints and sages, the lessons of its gurus, the Constitution of its Republic, Gandhi’s letters, Ambedkar’s articles, Nehru’s speeches, Tagore’s national anthem, and the innumerable stories that we continuously recount. Not land, blood, race, religion, or state – language itself is our essence. Without our words, we are nothing.

India is as rich in its values as it is in its resources; it is also a country that is essentially polyphonic. For this India to forfeit its command over language, lose its voice, forget its traditions, abandon its vast inheritance of thousands of years of learning, reflection, metaphysical and aesthetic achievement, throw away its greatest wealth of knowledge and spirit for want of a few good schools, decent libraries, and spaces for the work of pedagogy to carry on undisturbed, is a shame on all of us.

In early March 2010, Sudha and N.R. Narayana Murthy (the founder of Infosys Technologies) endowed a new series at Harvard University Press, called the Murthy Classical Library of India, much like HUP’s long-running Loeb Classical Library for Latin and Greek, and its Renaissance I Tatti Library. We need to arrest the destruction of our classical languages and our humanities in general, but especially of Sanskrit, without further delay. If we expect to be a global leader in an age when communication is everything, we need to recognize, respect, and foster the very source of our power for the past 3,000 years: language.