"Can This Flood Wash Away a Painful Past?" Rahul Pandita. The Hindu: Business Line. September 24, 2014

The Gorge of Personalized Violence: Negotiating Normality Between Hindus and Muslims in Kashmir 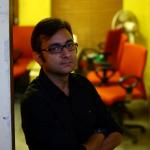 Jammu and Kashmir, in northern India, is currently facing a severe flood crisis. In Kashmir Valley, the ferocity of the waters has led to several deaths and large-scale destruction of property. While many groups and individuals are involved in rescue and relief operations, the Indian Army has so far been the biggest savior. Many are now hoping that this leads to the Kashmiris looking at the Indian military personnel in a different light. Given Kashmir and its embittered history of the last twenty-five years, that will take much more than a rescue operation.

But the flood has seemingly achieved something else. It has brought the Kashmiri Muslims and their erstwhile neighbors, the exiled Hindu community, closer. In 1990, Islamist extremism forced the minority Hindus, known popularly as Kashmiri Pandits, out of a land where their ancestors had lived for thousands of years. The Pandits, constituting of less than 5 percent of the Valley’s population in 1990, were driven out in a violent ethnic cleansing. More than 700 of them were brutally done to death.

Today, out of more than 350,000 Pandits, only around 3,000 remain in Kashmir Valley. The Indian State has displayed lack of strength or even unwillingness to intervene in pogroms or other forms of violence perpetrated against its various communities. This arc of injustice includes the 1984 anti-Sikh pogrom, and the 1993 and 2002 communal riots in Mumbai and Gujarat. Similarly, the State has repeatedly ignored the plight of its tribal communities in both central India and the northeast, and has remained almost indifferent to injustices meted out to the Dalit community.

In post-flood Kashmir, at least, moderate voices are hoping that the “shared fate” (of losing home) will now result in an empathetic view of “each other” and that the Pandits and Muslims will come to some sort of understanding on how to normalize relations. Is there a possibility of justice and reconciliation in Kashmir on the lines of South Africa or Rwanda? Can the Kashmiri Pandits return to their homes, especially given that the new government at the Centre has listed it as a priority?

While most of the houses in the Valley belonging to the Pandits have been sold for a pittance under extreme duress, the return under such circumstances also involves reestablishing the neighborly trust. However, as Ivana Macek writes about Sarajevo, such a process is a painstaking emotional and social endeavor, something that cannot be regulated from “the above” by political agreements or well-meaning but often poorly informed outsiders.

Even if the Kashmiri Pandits were to be housed in a separate settlement, the scars of 1990 will not go. It will be difficult to forget how, in several cases, their former neighbors, friends, or colleagues were directly or indirectly involved in the murder of their loved ones (and in other brutalities such as rape).

The phenomenon of personalized violence, according to the scholar Cornelia Sorabji, acquires a particular importance since “brutality is aimed at humiliating, terrorizing, and killing the ‘enemy’ population in order to remove it from the territory, but also at transforming the assumptions held by both victims and perpetrators about the very nature of identity groups and boundaries in order to prevent any future return of the exiled population.”

So, how can the Pandits be expected to return without getting justice? And justice, as Victoria M. Esses and Richard A. Venon argue, does not only mean a formal legal system but also “people’s beliefs about the fairness of a particular situation.” The unfairness of the Pandit exile is a permanent denial by their erstwhile neighbors of being responsible or complicit in crimes committed against them, or even an acknowledgement that the exile was forced upon them. There is absolute denial, let alone any public remorse, or asking for forgiveness. Various Pandit narratives have also recorded passive schadenfreude by their neighbors and friends, like compelling many exiled Pandits to sell their houses during the peak of the conflict for a pittance and at a time when they were under extreme financial stress.

The process of reconciliation and justice can only begin once the two communities try and understand each other’s pain. The counterinsurgency operations in Kashmir have been deeply unpleasant. Around 17,000 civilians have died, roughly one-fourth of them at the hands of the Indian security forces. More than 8,000 persons have disappeared, and many of them are believed to have been killed by security forces as well. For many years, the Kashmiris in the Valley had to suffer the humiliation of crackdowns and identification parades.

Over the last twenty-five years, instead of accepting the brutalization of 1990, a majority of Muslims created the myth of Jagmohan, the then Governor of Jammu and Kashmir, who they claim encouraged the Pandits to leave. Myths, as Pal Kolsto, reminds us, “do not function or ‘act’ in one way or another of and by themselves: it is people who employ myths, in more or less harmful ways.”

That is why in the midst of this injustice, the Pandits’ call for justice corresponds to (as argued by Isabella Delpla):
a) A staunch denunciation of impunity
b) A personal attempt to forgive (or both, since, according to Delpla, the two stances can be compatible)
c) A personal refusal to use violence (but saying things like “God will take care of them” or “God has taken revenge through the flood”)

For twenty-five years, the Indian State has hardly shown any interest in providing justice to Kashmiri Pandits while a majority of India’s intellectuals have denied them agency. This long apathy has ensured that most of the documentary evidence to the crimes committed against them is lost. But like Eichmann’s trial in Jerusalem, eye-witness testimony can lead to what the French historian Annette Wieviorka calls the “social recognition” of their suffering.

This commemoration from below (where the focus is on the subjective and psychological needs of victims) has to be the first step in bridging the gorge between the two communities. And then justice, in a legal sense, can follow. As Kavitha Kalvakuntla, the member of parliament from Telangana, recently demanded in the Lok Sabha, this must include putting on trial terrorists like Farooq Ahmed Dar aka Bitta Karate, who is responsible for the killing of at least twenty people, most of them Pandits.

Rahul Pandita is Senior Editor of The Hindu and author of Our Moon Has Blood Clots. He is a CASI Fall 2014 Visiting Fellow.