Public Interest Litigation in India: Time for an Audit 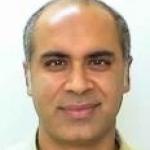 Public Interest Litigation (PIL), which aims to use the courts to advance social justice, began in India about thirty years ago when procedures for expanding access to justice were developed. The judiciary, aiming to recapture popular support after its complicity in Indira Gandhi’s declaration of Emergency rule, encouraged litigation concerning the interests of the poor and marginalized. In doing so, it loosened rules and traditions related to standing, case filing, the adversarial process, and judicial remedies. The Supreme Court issued a number of landmark social justice cases in the 1980s and early 1990s, including key rulings on the rights of prisoners, bonded laborers, pavement dwellers, and children. The frequency of PIL cases in the Supreme Court and the High Courts increased as claimants and their lawyers learned how to take advantage of the more liberal procedures associated with PIL. By the middle to late 1990s, the range of issues the courts were addressing had expanded to include complex environmental concerns such as urban pollution and solid waste disposal, as well as explicitly political issues such as official corruption and elections. At the same time, many feared that some claimants and their lawyers were learning to “dress up” private disputes as PIL. Human rights activists began to grow disenchanted with the courts’ failure to enforce sweeping directives. Recently, many have questioned the appropriateness of judicial intervention in the legislative and executive spheres, as well as the constitutionality of the courts’ efforts to implement many of its expansive orders.

Broadly speaking, PIL is the subject of two categories of concern, with the first category involving issues related to the separation of powers. Are not the legislative and executive branches better equipped to address these social and economic matters, and does not “judicial activism,” precisely because the courts do not and cannot enforce many of their broad directives in these areas, erode the legitimacy of the courts? These issues are echoed widely enough that there is a clear and visible backlash against this perceived usurpation of powers by the courts, including a bill tabled in the Rajya Sabha in 1996 to regulate PIL, a 2007 statement by the Prime Minister warning against judicial overreach, and calls from the bench to set parameters for PIL. The power of the Supreme Court to control its own membership, and its reluctance to disclose information following Right to Information petitions, have reinforced the perception that judicial power in India is unchecked.

On the question of PIL, rather than the broader question of transparency and accountability in judicial decision making, it is important to realize that many cases have played a pro-democratic function. In other words, these cases have promoted the values of transparency and accountability in government. An important use of public interest litigation is to make public and scrutinize hidden or misleading information, including cost of potential social programs (which the state and corporate entities on occasion have reasons to exaggerate or hide). PIL, during droughts in Rajasthan and Orissa in 2001, disclosed the extent of unreleased government grain stocks. Subsequent PIL disclosed that state governments could in fact afford to widen several statutory food and nutrition programs – including the midday meals scheme in schools – despite official protests to the contrary.

In the Delhi vehicular pollution debate, the Delhi Health Minister claimed that air pollution did not increase the risks of heart or lung disease, the Delhi government said that the timely installation of compressed natural gas (CNG) stations would be impossible, the Ministry of Petroleum and Natural Gas argued that CNG bus conversion would not be sustainable in the long run, producers of commercial vehicles stated that the conversion to CNG was not economically cost-effective, and others argued that CNG is explosive. The court, largely by empowering certain technical committees, played a significant role in helping to ascertain accurate information on these issues. It was, moreover, not an instance of judicial fiat but rather a judicial-executive branch collaboration: A case study of that episode by Ruth Greenspan Bell, Kuldeep Mathur, Urvashi Narain, and David Simpson finds that “Government experts essentially became advisors to the Court as it drove policy implementation forward.” These criticisms regarding separation of powers are real, but, generally speaking, they are better cast as concerns related to the impact of judicial intervention on sectoral governance: empirical, rather than doctrinal. Does judicial involvement through PIL improve state performance in a given sector? What would have happened otherwise? Is forest policy, for example, more equitable, efficient, and effective as a result of court involvement? Those are empirical questions, not doctrinal ones, and the debate on PIL would benefit from more taking the empirical challenge seriously.

In addition to separation of powers concerns, a separate set of questions involves the distributional impact of PIL. Do PIL cases continue to benefit the poor and disadvantaged, or have lifestyle issues become predominant as middle classes have learned to dress up their concerns as PIL? Are not judges manifestly less disposed to the interests of the poor and marginalized than they were two decades ago during the “heroic” years when PIL originated? Those are, again, empirical questions.

An analysis of data from 1997-07 shows that the frequency of PIL cases has remained relatively constant over the past ten years. There were about 260 PIL cases instituted per year, on average, compared to about sixty thousand cases per year overall – including both admissions and regular matters – based on data publicly available in the Supreme Court’s “Court News” publication. On average, about 0.4 percent of “cases” before the Court involve PILs.

Similarly, in the subset of cases involving SC/ST/OBC concerns, claimants who were not from SC/ST/OBC began to have higher average annual win rates than those who were starting around 1990.

These findings here are consistent with the claim that judicial receptivity in the Supreme Court to Fundamental Rights claims made on behalf of poor and excluded individuals has declined in recent years. These findings are preliminary and should be examined in more detail. It is important to realize that many of the concerns related to PIL can be analyzed with empirical research. It is time for an audit.

Varun Gauri is Senior Economist in the Development Research Group of the World Bank. This article is adapted from the article “Public Interest Litigation in India: Overreaching or Underachieving?” available in the World Bank Policy Research Working Paper Series. The views expressed in this piece do not necessarily represent the views of the World Bank.He can be reached at vgauri@worldbank.org