The Unanswered Land Question: The Nation as Real Estate 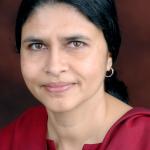 Despite only trickles of reports in the media, there is tremendous significance about what is happening to land in India. From the remote areas of Adivasi/tribal habitations to the centers of the metropolises, land has become the single most important commodity in India and the nation itself has become one big real estate. It is not a mere coincidence that the richest person in India, and one of the world’s wealthiest persons, is a real estate developer. Questions are rarely raised about what such large scale transformations of land into exclusive enclaves of industrial, housing, commercial, and recreational sites signify for the rest of national development. What form of development would be ideal, who can own land, and how much of it is required for productivity and economic growth are issues that require urgent attention. Another issue of concern that must be key to policies is that the average size of agricultural holding is just over three acres, and much of it is now subject to processes of dispossession and pauperization.

Rapacious land development has transformed tranquil and bio-diversity rich belts into enclaves of exclusive housing and recreation. Plush, global life-style enclaves, which attempt to recreate elite international standard real estate projects, have displaced and violated the local specificity of various regions. The transformation of the Naveen Okhla Industrial Development Authority (NOIDA) and the Gurgaon belt into high-rise international work and residential enclaves has eroded and disoriented the strong agricultural base of the region. The forthcoming urban projects for the sea front in Mumbai, the ‘Smart City’ in Kochi, and the Bangalore-Mysore Infrastructure corridor represent not merely the remaking of the landscape to suit a limited agenda of privatized economic opportunities, but the blatant assertion of an agenda of exclusive and unsustainable development. Public sector townships, once showcase pieces of the success of the public sector and the melting pots of the postcolonial nation, are now giving way to new economy housing, and spectral global IT centers rise from the death of small peripheral villages and towns.

The contradictions and dangers of such market-led real estate development are visible in the most exclusive zones of all the metropolitan cities. Simply look into any of the streets immediately behind one of the swanky streets and new high rises, and the chaos of unregulated land-use, violations of building laws, hazardous constructions, crowded or dilapidated buildings, and unhygienic living conditions will clearly be visible. Images of luxury, safety, and privilege which accompany the advertisements to these commercial real estate plots hide what land loss means to those who receive neither a fair deal nor an alternative way of life. The luxury of plush residences is the loss of livelihood, the safety of new residents is the degradation of families that often become footloose; the privilege of life in closed communities hides the utter humiliation of families who have lost their sense of belonging to a land and therefore to a place.

The visual violence on the landscape is only the symptom of the deeper violence that such land grabbing has ensued. Village after village, in the vicinity of the metropolises or in zones identified for future industrial establishments, are submitting to the land mafia and many have traded their agricultural livelihoods and lives to becoming either a new class of the idle, supported by land sales, or the displaced. The commoditization of land has extended to plantations and scenic spots which now focus on catering to urban needs and desires, and are shifting from being sites of long-term production and employment to becoming resorts; the occasionally but luxuriously used sites.

In the unchecked land grabbing, large tracts of land lie marred and abused. Environmental issues of land, water, and energy use are bypassed for commercial interests of real estate development. Despite the hype of using Information Technology to regulate land market, transactions continue to be mired in complex and dense rules.Agents and illegal negotiators rule the roost and any law abiding citizen is intimidated by the very labyrinthine and tedious processes of land registration and use. The violence of displacement is matched by violence against innocent city dwellers; the working poor, the aged, retired couples, or single persons become victims to land lobbies and builders.Most of the metropolises now regularly report murders of and by real estate agents and of house and land owners. Even as the right-to-land movements gather force, the government has facilitated the opening of the land market to national and global players. Envisaged as inevitable market rules that propel economic growth, new policies are being formulated that will facilitate the transfer of even fertile agricultural land into the hands of the land mafia. Resistances and criticisms have been stifled by a State that has adjusted itself to the demands of global capital and does not secure the rights and interests of disadvantaged citizens. The strength of the peoples’ movements in Singur and Nandigram are both emblematic of peoples’ resistance to land acquisition and may also be the only exceptions to the otherwise quiet but steady submissions and transformations that are taking place in the name of land acquisition.

It is ironic that just as luxury villas and apartments are now in excess supply and clients are hard to come by, builders and planners have turned their thoughts towards the middle and lower income groups and the idea of providing for those at the “bottom of the pyramid” is now the new market mantra. In rendering the nation into a real estate grid, land is no longer the symbol of the vatan; a collectively lived space, with its promise of shared sociality, support, and production. Land has become the key symbol and good through which the processes of exploitation, violation of rights, and the very foundations of a democratic polity and society are being eroded.

How an appropriate land market can be facilitated while also securing the livelihoods and lives of a larger majority are challenges that require urgent attention. Land in general, and agricultural land in particular, needs to be sustained to support the large proportion (now 52 percent) of the total population that continues to be in agriculture. Ecologically appropriate and varied production models, the ability to address problems of global climate change, handling fluctuating market forces, and the need to be economically, ecologically, and socially viable are details that must be central to the land question. The current violations of land rights are in reality an expression of the tensions between a decelerating agricultural economy and an accelerated urban, global economy. In this context, a purely neo-liberal model that permits the complete marketization of land will only exacerbate the long-standing and vexatious problems of agricultural vs. industrial use of land, rural vs. urban growth, and market demand vs. ecological sustainability.

A.R. Vasavi, a social anthropologist, is a Professor with the National Institute of Advanced Studies, Bangalore, India. This essay is drawn from her forthcoming book, Suicides and the Predicament of Rural India.She can be reached at arvasavi@gmail.com