"A Shift in Political Fundamentals," How India Voted: Overview. The Hindu. May 26, 2009

Do Policies Matter in Indian Elections? 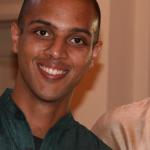 In the aftermath of India’s most recent national elections in 2009, a number of theories surfaced to explain the resounding victory of the Indian National Congress. These theories included the personal skill of the Congress party’s leadership – in particular that of party president Sonia Gandhi and her son Rahul – and the factional disputes within prominent challengers such as the Bharatiya Janata Party (BJP). Both of these explanations are deeply unsatisfying, mostly because they are empirically unfounded and difficult to verify. A third and far more tractable explanation was the popularity of certain social welfare policies enacted by the Congress-led United Progressive Alliance (UPA) government during its tenure. Specifically, the UPA’s efforts to implement employment security through the National Rural Employment Guarantee Act (NREGA), and to forgive a massive amount of agrarian debt, were identified as in large part responsible for the Congress’ repeat victory. Was this in fact the case, and if so, what does it imply for the evolution of Indian democratic politics?

An explanation emphasizing the importance of policies like NREGA contributed to a view that voting on “the issues” was becoming an increasingly important component of Indian political behavior. Such an argument implied that Indian parties could no longer rely on incorporating voters, particularly the poor, through networks of patronage dispensed by a conglomerate of politicians, bureaucrats, and local elites. The longtime dominance of the Congress in the first two decades following independence was understood in large part to be the product of the perfection of such a system. Even newer parties that emerged to challenge the Congress electorally did not challenge this method of building support, and instead mixed ideological appeals to particular sections of Indian society with the reproduction of Congress-like patronage structures within specific caste communities (e.g. the BJP with upper castes, and the Bahujan Samaj Party with lower castes).

Noticeably absent from these accounts – with the important exception of analyses of left parties in Kerala – has been the importance of actual social policy gains as a source of electoral success of Indian parties. One consequence of the predominance of patronage over issue-based politics has been that political elites face reduced incentives to provide broad public services as the basis for securing future support. As a result, India’s social policy expenditures on health and education – both as percentages of national income, and as per capita spending – have significantly lagged those of its more developmentalist neighbors in East and South East Asia. Even during the 1990s, when India saw its aggregate economic fortunes improve markedly, the proportion of GDP devoted to education remained stuck between 3 and 4 percent, well short of the UNESCO recommended norm of 6 percent. In comparison, nearby Malaysia doubled its commitment from 4 to over 8 percent of GDP during the same time span. Healthcare expenditure has been even paltrier, remaining stagnant at a little over 1 percent of GDP.

Against such a backdrop, the idea of issues and policy performance not only mattering, but helping determine the outcome of a national election, appears so revolutionary. The 2009 results were said to signal the rise of what political scientists call “programmatic politics”: to succeed, parties had to deliver on tangible public policies like NREGA. For perhaps the first time, the needs of the aam admi or “common man” appeared as something more than a rhetorical device for campaign speeches, and indeed signaled a democratization of Indian democracy – or so the accounts in the popular press claimed.

Skeptics might rightly point to the problems inherent with accepting sweeping generalizations seeking to summarize national elections in easy to digest talking points. In the previous national elections held in 2004, the defeat of a coalition headed by the Hindu nationalist BJP was interpreted as a specific rejection of the party’s “India Shining” campaign by lower caste electorates who been excluded from the country’s rapid economic growth. However, subsequent research has shown that not only was there was no aggregate backlash of the poor against the BJP, but the party actually made gains with lower castes in several Indian states in 2004 – according to results by the National Election Study (NES).

It is important therefore to empirically assess the veracity of the claim that social policies were at the heart of Congress’ success in 2009 as the initial evidence on this issue appears somewhat mixed. Data from the 2009 NES, conducted by the Center for the Study of Developing Society in Delhi suggested that more rural poor voters – about six out of ten – appeared to have heard of the two flagship schemes of the UPA (NREGA and the waiving of farm loans). Yet, the number of beneficiaries of even a massive program like NREGA was much smaller. The NES indicated that only about 30 percent of rural poor voters had benefited from NREGA, and only 25 percent from the farm loan waiver. As a consequence, it is plausible to argue that beneficiaries do not constitute a large enough electorate to have single-handedly decided the outcome of a national election.

At the same time, we must remember that due to India’s first-past-the-post electoral system, even small differences in vote share can result in large swings in seats. For example, the Congress party impressively increased its tally of seats in the national parliament by sixty-one seats between 2004 and 2009, but did so through a mere 2.1 percent increase in its vote share. Recent analysis of the 2009 NES data by James Manor indicates that among beneficiaries of these policies, the Congress did appear to have established a significant electoral advantage, particularly vis-à-vis the BJP: its main national rival. Even among a minority of voters, such differences can prove consequential in swinging seat shares disproportionately, and thus can exert an important influence on the eventual outcome.

I do not mean to imply that a correlation between beneficiaries and Congress support is not enough to prove a causal effect on voting. To complete that connection, a host of further questions need answering: did voters attribute these policies to their national or state governments, to particular parties, or to individual politicians? Fleshing out these layers of complexity remains a task for future scholarly research. Further, even if social policies do appear to be having an electoral impact, this should not be misinterpreted as a signal of the end of identity politics. Regional identities, for example, appear to continue to be increasingly politically salient, with a significant majority of NES respondents agreeing with the need to be loyal to one’s region above the nation. Further, despite the Congress’ strong showing, regional parties did not lose electoral share in the 2009 polls, winning approximately 30 percent of all votes. Further, as Yogendra Yadav and Suhas Palshikar note in their analysis of the 2009 NES, voting along caste-community lines is still very much in evidence across Indian states.

Thus, instead of making grandiose claims about the end of identity politics and the beginning of issue-based elections, the 2009 results indicate the inadequacy of a dichotomy between identity and issue-based politics itself. Economic interests are not always at odds with caste divisions. Where caste and class concerns converge, the heightened importance of issue-based voting might actually overlap and fuse with identity-based social divisions. This fusion might lead to a continuance of caste-based voting trends, but with new interest-based underlying motives informed by public policy performances. If so, we may be witnessing the emergence of programmatic politics with an Indian twist; certainly a trend worth watching for in the future.

Tariq Thachil is currently a Postdoctoral Fellow at the MacMillan Center for International and Area Studies, Yale University. He will join the Political Science department at Yale as an Assistant Professor in 2010-11. He can be reached at tariq.thachil@yale.edu