Geek Nation: How Indian Science is Taking Over the World by Angela Saini

The Power of the Indian Inventor 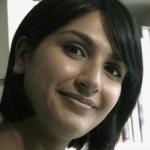 The pleasure of speaking multiple tongues is that you will occasionally come across a word that would otherwise be lost in translation. Every language has these hidden expressions, which give away something unique or quirky about a culture. And like German’s schadenfreude, or the Yiddish kvetch, India has a particularly interesting one of its own: jugaad. A crude translation might be “making do,” but then that wouldn’t really do justice to all the shades of meaning, spanning the nefarious to the ingenious. For those in power, jugaad could be the practice of giving bribes to help oil the slow machinery of government. For the cash-strapped householder, it may be doing a botch-job to temporarily fix a problem. But in the context of science and technology, it often means coming up with quick, improvised solutions to fill an urgent need.

The latter definition is the most fascinating for science journalists like myself. In carrying out interviews for my book, Geek Nation, scientists often mentioned that they resorted to building or fixing their own laboratory equipment rather than calling in professionals because this was faster, or that they shared facilities with other labs because of a lack of resources and funding. Researchers in India constantly struggle against poor infrastructure, forcing them to be inventive. But further down the scientific ladder, at the grassroots level, jugaad also manifests itself in a vibrant culture of grassroots technologists. There are thousands – possibly hundreds of thousands – of amateur inventors all over India, many with only a rudimentary education, building devices to help their local communities or working alone on even grander projects.

I recently spoke to a businessman from Mumbai who happens to also be a lay engineer, devoting his spare time to designing a solar-powered air conditioning unit for his local hospital (it operates on the same principle as a fridge; collecting the heat energy that drives the system from large reflective panels facing the sun). And in the northern Indian state of Punjab, you’ll find a breed of rickety homemade truck that has adopted the same name as the process by which it was created: a Jugaad.

Around two decades ago, Indian Institute of Management professor Anil Gupta collated hundreds of such examples into a knowledge-sharing platform called the Honey Bee Network. Now feeding into the work of the government’s National Innovation Foundation, which helps commercialize ideas like these, its list of innovations includes a pedal-powered washing machine, an automated onion planter, and a crutch that doubles as a foldable seat, headlight, alarm, and umbrella stand.

The breadth and ambition of the creations amassed by the National Innovation Foundation is proof that invention is something of a cultural habit in India. It has become so pervasive over the decades that even my parents, who moved to London from India in the 1970s, still tend to make or fix objects themselves rather than buying them new or replacing them. My father – a do-it-yourself fanatic – built the wooden deck in his garden from scratch, and my mother has insisted on sewing my dresses since I was a baby.

Prevalent though it is, it’s also a phenomenon you’ll find in every society that suffers resource shortages. African countries are similarly scattered with tales of village-level innovations, from clay pot fridges to rainwater harvesters. In wartime Britain in the 1940s, it was common for housewives to come up with clever ways to make the most of their measly food and clothing rations. Today, such is the attraction of grassroots gadgets, that hacker and maker communities in the U.S. have formed a countercultural movement that reworks vintage electronics as an alternative to expensive, disposable ones.

In India, though, this all goes beyond making life a little easier or being fashionable. The inventiveness of its grassroots engineers and scientists is believed to be a powerful economic tool. The same cost-efficient spirit of jugaad that lead to the pedal-powered washing machine has also helped inspire the extra-low-cost and hugely popular Tata Nano car, the growth of bargain-basement IT outsourcing, and even the success of the low-cost space program. N. Narayana Moorthy, a project director at the Indian Space Organization, for instance, said that a visiting NASA official was left open-mouthed when he saw how much Indians were able to achieve on such low budgets.

This isn’t to say that jugaad is always a good thing. If necessity is the mother of invention, then a lack of resources combined with the desperate need for new technology is the mother of short-term cheap fixes. India’s scientific publication rate lags sorely behind those of Europe, the U.S., Australia, Japan, and now also China. There still aren’t strong scientific authorities to separate hokum from good science, or dig out every case of fraud. And the best research is limited to a handful of established labs, such as the sixty-five-year-old Tata Institute of Fundamental Research.

For truly world-class research to thrive in India, the infrastructure must improve and funding needs to be ramped up, as is already happening in China. There are moves to do this; the Indian government has committed to doubling the proportion of GDP spent on research and development. Pharmaceutical giants and IT multinationals are also opening up large new centers in cities like Bangalore, Chennai, and Hyderabad. And Indian software companies are finally achieving the kind of profit margins that may allow them to invest more heavily in original research, as done by Microsoft and IBM. The Indian government’s hope is that the country may one day enter the same scientific league as the U.S. But the truth is, it will be slow going. In the meantime, Indians will just have to make do.

Angela Saini is an award-winning science journalist based in London. Her book, Geek Nation: How Indian Science is Taking Over the World, was published in spring 2011 by Hodder. She can be reached at angela.d.saini@gmail.com .