In Search of an Innovation Paradigm 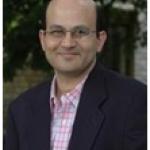 The rapid growth of the Indian economy, the movement of technology jobs to India, and the emergence of a strong Indian software industry have raised questions about whether India could emerge as a serious rival on technological innovation to the United States. But these fears are premature as the gap is large and unlikely to be bridged soon.

India was ranked number 57 on the Economist Intelligence Unit (EIU) Innovation Performance Index 2007. Going by the buzz about innovation in India, Infosys Co-Chairman Nandan Nilekani sees an “innovation wave” ahead in which one might expect a steep jump in India’s innovation performance. Yet, the EIU predicts that India will move up by only one position – to 56 – by 2012.

The problem is that India lacks an appropriate innovation paradigm. The dominant paradigm of innovation in India, as identified by author Pavan Varma in his book Being Indian, is Jugad or “creative improvisation” based on individual ingenuity. This individual ingenuity is displayed across sectors and contexts. The Honeybee Network has identified thousands of creative responses by farmers and other untrained, grassroots inventors to problems they faced. Indians’ talent for jugad is reflected in the ease with which they find their way around the myriad rules and regulations posed by governmental regulation.

This model of the individual inventor however, is anachronistic and unsuited to the 21st century. While the Industrial Revolution benefited from the efforts of unlettered tinkerers, the arrival of the early 20th Century produced significant inventions and discoveries that had become the province of trained scientists and engineers. As the complexity and sophistication of technological breakthroughs increased, the romantic notion of the single scientist in the laboratory making scaleable industrial breakthroughs passed away. In fact, it was such a scientist, Thomas Alva Edison, who founded what became the first corporate research and development laboratory, while the events of the Second World War established the feasibility of large teams of scientists and engineers working in a non-industrial setting creating important innovations such as the atom bomb and radar.

Jugad is not scaleable because it does not have a science or engineering base. It does not have an organizational base or support, but rather tends to be a one-time activity with few subsequent improvements. It is not the result of an understanding of user needs spanning a wide spectrum of users and is therefore likely to have only restricted application. The difficulties faced by India’s National Innovation Foundation in commercialising grassroots innovations are a reflection of the limitations of the jugad approach in a modern economy.

The good news is that some large Indian corporations have displayed the ability to transcend jugad. Of the six levers of innovation identified by Davila et al, – the value proposition, supply chain, and choice of target customer constituting the business model; and the product (or service), process technology and enabling technologies constituting the technology dimension – these companies have been particularly successful on the business model side and backed this up with appropriate choices of technology.

Arguably the most successful of these has been Bharti Airtel’s “lifetime prepaid” mobile services card that allows a mobile services customer to receive free incoming calls for 15 years at a cost of 900 rupees (then $20). This innovation opened up a huge new segment of customers and propelled the growth of the Indian mobile services industry. Novel supply chain models (such as risk-sharing and “pay-by-use” agreements with the suppliers of capital equipment) and a strong yet cost-effective information technology backbone have allowed the profitable provision of such low-revenue services.

Other successful innovations have been the global delivery model pioneered by India’s leading software companies, and the low-cost generic drug molecules from Indian pharmaceutical companies such as Ranbaxy and Dr. Reddy’s Laboratories. If it’s successful, Tata Motors’ new low-price car, the Nano, will be an outstanding example.

Notwithstanding these achievements, India is yet to demonstrate innovation of this kind on a wide scale. Leading indicators of innovation such as R&D intensity (total R&D expenditure as a proportion of GDP) and patenting activity are moving upwards, but at a gentle pace. R&D intensity has never crossed 1% (as compared to roughly 3% for Korea or Japan). Inventors from India were granted just 546 utility patents by the U.S. Patent and Trademark office in 2007 against 6,295 granted to inventors from Korea and 33,354 granted to inventors from Japan.

What is holding India back?

Successful countries have evolved institutional structures for innovation suited to their own cultural and social characteristics. Japan and the United States represent two ideal types of such structures. Innovation in Japan is led by large companies belonging to the keiretsu, or corporate networks. These organizations pursue innovation through a process of kaizen (or continuous improvement). The driving ethic is one of striving for betterment and the organizations respect individuals, foster teamwork, and encourage collaboration. The culture of these organizations helps them overcome the possible negative forces of a large bureaucracy, and to see continuous improvement as an important organizational challenge. Japan’s relatively low level of individualism helps this system work. Toyota is arguably the most successful proponent of this approach.

The U.S. has a different institutional model. Small firms are the driver of innovation. Venture capital helps link ideas to the market. Many ideas trace their origins to academic research, often funded directly or indirectly by the U.S. government. Large corporations buy out many companies with successful innovations while some manage to overcome the hurdles to become large corporations. This competitive, individualist model suits the high level of individualism in American society.

Post-independence, India’s formal attempt to transcend jugad was an institutional model that was more like that of the Soviet Union in that it separated invention from exploitation and located the invention part of the innovation chain in specialized government-owned and operated research and development institutions. These institutions got bogged down by the bureaucratic administrative systems of the government and were divorced from the market and the small inventors trying to solve their own problems.While this model has obviously failed, no new model has taken its place. India is neither like Japan nor the United States, so it is unlikely that the model of either will suit the Indian genius.

The Indian corporate examples given earlier might suggest that a large corporate model is the way ahead. But the companies listed can’t be considered representative of corporate India.Furthermore, some social barriers need to be overcome. Innovation depends on intelligent experimentation. By definition, experimentation involves failure. It also results in “wastage” of resources in that several experiments are irreversible. Decades of scarcity of resources have made Indians reluctant to waste things. And “failure” is still not accepted by Indian society as a cost of success.

As dramatically emphasised by the Schumpeterian idea of “creative destruction,” innovation implies change; casting away the past to try out the new. But such change is difficult to make in a country which prides itself on traditions going back thousands of years.

These deeply embedded barriers to innovation are exacerbated by systems of education that emphasise rote learning, provide few opportunities for experimentation, and rarely promote independent thinking.

While India’s first Prime Minister, Jawaharlal Nehru, had a vision of modernity that encompasses the scientific temper, future political leaders have backed the outcomes but not the spirit of scientific enquiry. They have treasured the prestige that goes with national scientific achievements such as the space and missile programs, but have not put their weight behind diffusion of scientific enquiry in society.

Some like Nilekani argue that change is around the corner since the new generation of Indians has grown up in a liberalized and relatively prosperous economy, and is unencumbered by the past. While this appears to be true in terms of their vision and the way they see themselves with respect to the rest of the world, it is not as clear whether this generation will transcend the limitations of the traditional Indian innovation paradigm, create new institutional structures, and foster an era of “enlightened experimentation” leading to breakthrough innovations from India.

Rishikesha T. Krishnan is a Professor of Corporate Strategy & Policy at the Indian Institute of Management-Bangalore (IIMB). His research interests are in strategy, innovation, and competitiveness. He has done studies at the firm, industry, and national levels related to innovation. He was a Fall 2008 Visiting Scholar at the Center for the Advanced Study of India.