Dalit Agenda for the New Government 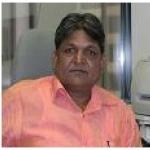 A consensus on issues of national concern can sometimes be hard to reach, particularly in a democracy of more than a billion people; one that has countless social markers. In India, however, there seems to be a consensus of an exceptional order on the question of economic reforms. The country’s two main political blocs: the Congress-led United Progressive Alliance and the Bharatiya Janata Party (BJP)-led National Democratic Alliance are closer to each other on economic reforms than not. Even the Left-ruled West Bengal is embracing economic reform despite its ideological pretensions. At the same time though, there are a few dissenting voices that question the process – as well as benefits – of the economic reforms that were initiated in 1991 by the then-Finance Minister and current Prime Minister, Manmohan Singh.

The Dalit middle class, in particular, sees economic reforms more as a “challenge” than an opportunity.  Notwithstanding the fact that the reform-led new economy is introducing a host of “caste-neutral” occupations, Dalits see the new political consensus on reforms as undermining the grand consensus India had arrived at six decades ago. With the launch of the Republic in 1950, India’s political class had agreed to integrate Dalits with the mainstream society and its economy. Now, Dalits worry that due to reform-led privatization and job cuts in the public sector, the Dalit middle class is getting a short shrift. Since 1991, Congress and the BJP both have taken turns in power. Even regional parties with committed Left support have had their share of ruling India. But none of them truly appreciated that a Dalit concern existed.

Once the current global economic downturn is behind us, reforms will likely take on newer dimensions, leading to higher anxiety within the Dalit community. The issue then turns to how India, as a nation, can keep making gains without carrying its historically disadvantaged social groups along. Why should the reforms produce a class of people hostile to its otherwise modern agenda when it is so easy to address the 1950 consensus?

I know a Dalit entrepreneur in Delhi who manufactures copper wires and cables for use by Indian Railways. The fact that his products are used by the Railways shows that he hasn’t compromised on quality. With a huge public sector base, the State is one of the largest consumers of goods and services produced by the private sector. But procurement rules are so heavily loaded in favor of old players that new players, particularly Dalits, find it hard to enter the supply chain.

With no “social” friends, Dalit entrepreneurs find it even harder to crack the supplier/dealership chain. The Dalit wire manufacturer mentioned earlier, therefore, must sell his products to a middleman who, in turn, sells the products to the Railways at a premium. The middleman with the bigger margin has become bigger in revenue, while the Dalit manufacturer with smaller margin remains small.

To weed out this sort of discrimination – not to mention inefficiency – the next government ought to constitute a body, say, the “National Scheduled Caste & Scheduled Tribes Supplier Development Council.” This body will be enjoined with the twin task of identifying Dalit/Tribal entrepreneurs who are already supplying goods and services to the government through middlemen, and then connecting them directly to procurement departments.  This will empower thousands of Dalit entrepreneurs to become big players within a decade. The private sector too can be enticed and encouraged to partner in economic gains with Dalit entrepreneurs. India’s business schools can also be used to train Dalit entrepreneurs in modern systems of business management.

There is international precedent for such systems: Once the racially-divided United States decided to put its “social house” in order, promoting black entrepreneurs was one of the directions it took. In 1972, a few large American corporations set up a body called the National Minority Supplier Development Council (NMSDC). Based in New York, the NMSDC has 39 regional centers across the U.S. With 3,500 U.S. corporations as its members, the NMSDC connects minority entrepreneurs with big American companies. The effect of the NMSDC experiment has been wonderful. In 1972, minority entrepreneurs got businesses through the NMSDC worth $86 million. By 2007, that number had reached $104.7 billion.

The next government can also restore sanity to its welfare schemes. With nearly half a million Public Distribution System (PDS) shops, the government of India subsidizes food grain for 330 million people, costing billions of rupees annually. Many more billions are being spent annually through the now-controversial National Rural Employment Guarantee Scheme (NREGS). There are many more pro-poor projects running parallel to PDS and NREGS involving billions of rupees, such as the multi-billion Mid Day Meal Scheme (MDMS), which is designed to feed all government elementary schools kids, irrespective of economic background.

Do such schemes actually reach their intended beneficiaries? The late Rajeev Gandhi shocked the nation in 1987 when he admitted that a mere ten percent of welfare money reaches its target. Two decades later, on January 17, 2008, his son and Congress general secretary and Member of Parliament, Rahul Gandhi claimed that only five percent of welfare money reaches its intended beneficiaries. In other words, in two decades, we have doubled the inefficiencies of the welfare system. When we all know that billions of rupees don’t reach their intended beneficiaries, why do we continue to waste the money and corrupt the entire society?

The next government should create a database of all families in distress, declare them pensioners, and deposit money directly to their bank accounts. It can be done. If the Election Commission of India can reach out to all the families in India and make their photo IDs, surely the federal government can identify some 15 to 20 percent of families in real distress and fund them directly.

Historically, the occupation of sanitation – cleaning toilets, clearing drainage and sewage systems, sweeping roads, and collecting trash – has been considered the most demeaning occupation in India. By tradition, not all Dalits are sanitation workers. However, all sanitation workers are most likely Dalits, and the most despised section of Dalits at that, as people typically avoid touching them. For decades, a host of schemes have been announced to liberate Dalits from the tyranny of such degrading occupations, but nothing substantial has happened. The next government needs to take a vow to tackle this issue once and for all. It is surprisingly easy to accomplish.

I recently conducted research to find out the caste of sanitation staff in three shopping malls in and around Delhi. While the data is still being studied, preliminary analysis shows a significant number of non-Dalits – including Brahmans – cleaning toilets and floors inside the malls.

So what exactly has brought about this seismic change in attitude? Malls – run by corporate houses – have completely redefined the occupation of sanitation. Brooms have been replaced by imported mechanical devices. Workers wear gloves, caps, and in some places, even ties. They use bottled sprinklers to clean commodes and basins, and motorized trolleys to move trash. This has the effect of giving sanitation workers the image of professional workers; more paramedic than janitor, as it were. With little money and some innovative thinking, the occupation of sanitation has become caste-neutral, and the kachrawallah (garbage man) has become “housekeeping staff.”

The new government needs to take similar steps. It must emulate the model developed by corporations and mechanize all sanitation-related activities that still largely employ Dalits. Once this is done, the stigma that is associated with manually removing solid and liquid waste will be removed, and the caste-based occupation of sanitation will become caste-neutral.

We ought to remember that unless linkages between occupation and caste disappear, caste will never be eliminated from India’s public sphere.

Chandra Bhan Prasad is a writer and one of India’s leading Dalit thinkers. He is the only Dalit to have a weekly column in a national English daily newspaper, The Pioneer. He was a visiting scholar for the fall semester 2007 at the Center for the Advanced Study of India. His story and writings can be seen at www.chandrabhanprasad.com. Email: pioneercbp@yahoo.com