Power Sector at a Glance (All India)

Government of India Ministry of New and Renewable Energy 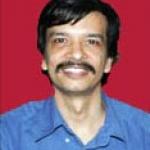 India has one-sixth of the world’s population but accounts for about 5 percent of the world’s energy consumption. India’s energy sector is plagued with energy and peak power shortages. At the present time, a large percentage of the population – official estimates indicate about 50 percent – do not have access to electricity. The development goal of providing access to convenient energy sources – electricity, liquefied petroleum gas (LPG) for cooking – would need a significant increase in the energy services supplied.

India’s primary energy mix is predominantly fossil fuel based. The mainstay is coal (accounting for 41 percent of the mix in 2007) followed by oil (24 percent). There is a large section of the population that relies on biomass, mainly for cooking. Biomass consists of fuelwood, agricultural residues, and dung cake, and are used in cookstoves (chulhas) with relatively low efficiencies. Estimates indicate that traditional biomass accounts for about 27 percent of India’s mix. As incomes increase, households switch from biomass to more convenient fuels like kerosene and LPG. Hydro-based power accounts for 18 percent of the power generation. The share of large hydro has been declining over time. This affects the capability of the power system to deal with peak loads.

Can India sustain a fossil fuel-based energy system in the future? To answer this question we need to examine the fossil fuel reserves in the country. India’s oil production is stagnant at about 34 million tonnes while the demand for oil is about 160 million tonnes. Oil imports have been increasing and are the basis for sustaining the growth in the transport sector. India’s natural gas reserves are limited (1,100 billion cubic meters) and can only last for about thirty years at present consumption rates. The main fossil fuel source for India is coal. Though there are uncertainties in the coal estimates and a large part of the reserves is high ash, low sulphur coal, it is likely that coal can meet India’s needs for fifty to one hundred years.

In the context of India’s limited fossil reserves and the constraints imposed by global warming and climate change, it is imperative for India to explore, sustainable alternatives. What are the alternatives? The options are energy efficiency, renewables and nuclear. Nuclear accounts for about 3 percent of the installed capacity and 2.4 percent of the total electricity generation in the country. There are plans to increase the nuclear capacity from the existing 4,500 MW to about 40,000 MW in 2020. However, there are difficulties related to siting and ground level opposition to nuclear power plants, which will likely constrain the growth of nuclear.

India has made significant efforts in promoting renewable energy. These efforts have been spearheaded by a dedicated Ministry for New and Renewable Energy. The grid connected installed capacity for renewables almost 20,000 MW with wind being the major contribution accounting for about 14,000 MW, along with 3,000 MW of small hydro, 1,600 MW of bagasse cogeneration and 1,000 MW of biomass power. Renewables account for about 11 percent of the installed capacity for grid connected power and about 4 percent of the total electricity generated. At the present time, the share of renewables for grid-based electricity exceeds the nuclear share.

India’s renewable energy sector is on a growth phase where it is moving from the margins to the mainstream. There are several issues that need to be considered for successful mainstreaming to occur. The current growth of renewables is based on wind. India’s wind is highly seasonal with high wind speeds during three to four months of the year (in most sites during monsoon season). As the share of wind in a state grid increases, this needs to be considered in the context of capacity of thermal and hydro. This has already emerged as an issue in high wind penetration states (Tamil Nadu’s wind accounts for 27 percent of the installed capacity). As a part of the climate change action plan, India has launched the Jawaharlal Nehru National Solar Mission (JNNSM) to promote solar energy. This targets the establishment of 20,000 MW of grid connected solar capacity by 2022. JNNSM announced tariffs of 17.9 Rupees/kWh for a photovoltaic system (PV) and 15.3 Rupees/kWh for solar thermal.

The government has a bid for 620 MW of asking bidders to quote discounted tariffs on the prices set. Based on bids received, 470 MW of solar thermal with an average tariff of 11.1 Rupees/kWh and 150 MW of solar PV were selected. There is already a spurt in solar power in India with the installed capacity of PV increasing to 38 MW (27 MW was installed in the last year). The preferential tariffs for solar PV have helped initiate interest and activity.

Technology Development and R&D are needed for cost reductions in PV, solar thermal and biomass-based systems. In biomass-based systems, such as gasification and combustion, the issues are an assured supply of biomass and the availability of land and water. The rapid deployment and mainstreaming of grid connected renewables is dependent on success in cost reduction and efficiency improvements.

There are a large number of potential off grid applications, or standalone, isolated systems. Many of these are in remote areas. There are several PV systems in the capacity range of one to twenty kWh supplying mainly lighting loads for the duration of four to five hours. This results in a low capacity factor and a high cost of electricity generation. In the case of isolated systems, it is essential to include rural industries (cold storages, rice mills) to increase the load factor. Hybridization of systems and innovative cost recovery and metering solutions are needed. A few successful models are the systems installed in the Sunderbans that include load limiters and operation through village co-operatives and the Solar Electric Light Company’s (SELCO) innovative financing for PV systems. Often, the capital cost for these systems is provided as a grant or subsidy. There is a need to document the performance of costs of such systems and incorporate the feedback for future policies.

Energy efficiency and demand side management (DSM) can play a significant role in India’s energy sector. Buildings, appliances, and infrastructure have not saturated and the demand is growing at 6 to7 percent per year. A conservative estimate of a 5 percent growth per year implies that of the stock in 2030, more than 60 percent will be new. Incentives and legislation – appliance standards – that can help ensure that new stock is energy efficient can significantly reduce the need for additional supply. However, this is unlikely to happen in a business-as-usual case. This will need a paradigm shift with a focus on energy services and not energy supply, per se, and a level playing field for DSM and efficiency.

It is unlikely that India can sustain a fossil fuel based future in the long run. However, during the next two decades, the main challenge for India’s energy sector will be to provide access to convenient energy services. This can be achieved through energy efficiency, DSM, and conventional fossil fuels while building renewable energy capacity and facilitating innovation and cost-reduction in renewable energy technology for the long term.

Rangan Banerjee is a Professor in the Department of Energy Science and Engineering at the Indian Institute of Technology, Bombay. He can be reached at dean.rnd@iitb.ac.in .