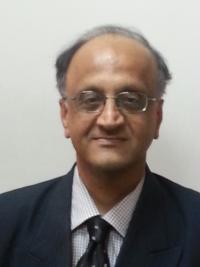 Eswaran Sridharan is the Academic Director and Chief Executive of the University of Pennsylvania Institute for the Advanced Study of India (UPIASI), (in New Delhi), from its inception in 1997, and was earlier with the Centre for Policy Research, New Delhi. He is a political scientist with research interests in the party systems and coalition politics, political economy of development, and international relations theory and Indian foreign policy. He is the author of The Political Economy of Industrial Promotion: Indian, Brazilian and Korean Electronics in Comparative Perspective 1969-1994 (1996); and has co-edited (with Zoya Hasan and R. Sudarshan), India’s Living Constitution: Ideas, Practices, Controversies (2002; 2005); co-edited (with Anthony D’Costa), India in the Global Software Industry: Innovation, Firms Strategies and Development, (2004); co-edited (with Peter de Souza) India’s Political Parties (2006); and edited The India-Pakistan Nuclear Relationship: Theories of Deterrence and International Relations (2007), International Relations Theory and South Asia, Vols. I & II (2011), Coalition Politics and Democratic Consolidation in Asia (2012), Coalition Politics in India: Selected Issues at the Centre and the States (2014) and Eastward Ho? India's Relations with the Indo-Pacific (2021). He has published ninety journal articles and chapters in edited volumes. He has held visiting appointments at the University of California, Berkeley, London School of Economics, Institute of South Asian Studies of the National University of Singapore, and Institute of Developing Economies, Tokyo. He is the Editor of India Review, a refereed Routledge journal, and is on the Editorial Advisory Board of Commonwealth and Comparative Politics. He earned his Ph.D. in political science at the University of Pennsylvania.