“Next step is to save farmers from another debt trap.” Ishani Duttagupta, March 16, 2008, The Economic Times 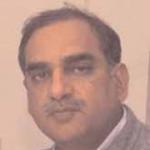 In the national budget for 2008-2009, India’s Finance Minister Palaniappan Chidambaram has proposed that the federal government will waive loans to farmers, with the total waiver amount capped at Rs 60,000 crore ($15 billion).

The waiver, however, is highly questionable on at least three grounds.  One, it is iniquitous, since it will largely benefit large, commercial farmers. Two, it is not a long-term solution to the agrarian crisis that many parts of India find themselves in. And finally, it will spread the tendency to default on such loans, a practice that will work against the goal of financial inclusion.  According to the National Sample Survey [59th Round, 2004-05], 51.4 percent or just over half of farmer households in the country did not access credit, either from institutional or non-institutional sources. Further, despite the vast network of bank branches, only 27 percent of total farm households had any loans from formal sources (of which one-third also borrow from informal sources). Among the marginal farmer category, as many as 80 percent did not have any borrowing from formal sources.

Therefore, the loan waiver, as designed, will benefit only the upper quartile of farmers. As per the announcement, those farmers whose bank loans were overdue on December 31, 2007, would get a waiver, irrespective of the amount.

Let us consider a hypothetical situation: A big grape farmer in Nasik who had a bumper crop but was politically aware, and therefore did not repay his loan, will get a waiver of Rupees 100,000 ($2,500 @ $1 = Rs 40). But a poor rain-dependant farmer in Vidarbha who has sold his less-than-normal yield of cotton to the state monopoly cotton federation, at a lower than market price, will be deemed to have repaid his Rs 15,000 loan ($375) from the proceeds that he has yet to receive, and will not get the waiver.    That this is a pro big farmer loan waiver can be seen by post-budget announcements. The Reserve Bank of India has issued a clarification that not only crop loans but also term loans for tractors, poultry farms etc. will be covered by the waiver. The Bharatiya Janata Party, the main opposition party in Parliament, has taken up the cause of the farmers who have been left out. And to minimize backlash from those who did not get the waiver, Chief Minister Y. S. Rajasekhara Reddy of Andhra Pradesh, where the Congress Party is in power, has declared a 10 percent bonus payment to all farmers who sell their produce through regulated market yards; unfortunately, these are also the larger farmers.   Apart from the gross inequity in the name of small farmers, the loan waiver is particularly inept as it completely fails to address the underlying causes of the agrarian crisis in India, among them:  1. Dwindling size of land holdings;  2. Low percentage of irrigation, even protective irrigation; and where there was irrigation, tapering yields due to long years of mis-fertilization and increasing level of pesticide resistance.  3. No measures for coping with recurrent drought in rain fed areas, no significant varietal improvements, nor any agricultural guidance to farmers.  4.  Increases in input costs, coupled with lower relative prices for produce, and price fluctuation have meant that agriculture is not very profitable even for commercial farmers. Small farmers, with imputed wages for family labor, usually fail to break even.  The same Rs 60,000 crore could have been used to drought-proof 60 million hectares (148.2 mn acres) of dryland at a cost Rs 10000 per ha, which would permanently secured the livelihoods of at least 3 crore (30 mn) of our poorer  farmers in rain fed areas.  There are dozens of successful examples of the rehabilitation of natural watersheds and traditional water storage structures, carried out by both government agencies and by non-governmental organizations. Part of the funds could also be used to rehabilitate the dilapidated canal irrigation systems, conditional on the states switching to participatory irrigation management (PIM).  Even if one were to accept that the loan waiver was aimed at gaining electoral advantage, it could have been done much more equitably and would have fetched more votes.   Recognizing that the debt burden of small and marginal farmers is more from moneylenders and traders, a waiver should have been given for both bank and moneylender/trader loans. Given the difficulty of verifying these, the waiver could have been limited to Rs 5000 per ha for farmers with irrigation, and Rs 2500 per ha to rain fed farmers, with a cap of Rs 10,000 per farmer in both cases. Additional amounts from informal lenders could have been swapped for much lower cost bank loans, as has been tried in Andhra Pradesh by the ‘total financial inclusion’ program of the Indira Kranti Patham project.

Further, to prevent leakage, the money could be credited to the bank accounts of farmers. This would also have incentivized banks to open ‘no-frills’ accounts for 5 crore (50 mn) farmers who don't have bank accounts, as per the recently adopted National Rural Financial Inclusion Plan. Instead, the loan waiver discourages banks from taking on more farmers as customers and encourages farmers to delay repaying new loans in the expectation of future waivers.

We know from the 1989 waiver that bank lending to small borrowers dipped dramatically, going from a high of nearly 20 percent of total advances to as low as about 5 percent in 2004. Thus, ironically, loan waivers actually lead to long-term financial exclusion of the poor and drive them into the arms of moneylenders and traders who charge interest rates at least three to four times that of banks.  Let me now move from critique to a positive suggestion.  I believe that every citizen of India, rich or poor, rural or urban, farmer or worker, should have the right to access the formal financial system, through a ‘no-frills’ bank account.  This should really be seen as a basic right, at the same level as health, education, shelter and livelihood.  The economy is now nearly totally monetized, and there is virtually no place, even in remote tribal areas, where barter prevails. So, even a subsistence producer has to engage in the cash economy and thus participate in the financial system.   Moreover, millions of Indians now migrate for work for several months a year from their villages to towns and cities, both within their own state and outside, even abroad. They all need to send money home. Millions of others who stay back in the villages are entitled to wages if they are able-bodied and perfrom manual labour in public works under the National Rural Employment Guarantee Scheme (NREGS), which has an outlay which may touch Rs 20,000 crore a year ($5 billion).  Others who are disabled, old, pregnant or widowed are entitled to periodic payments under the National Social Assistance Program (NSAP), which has an outlay of over Rs 4,500 crore per year. These three streams of payments would add up to some $8-10 billion a year,  covering 100 million households If these millions of migrant and NREGS- and NSAP-beneficiary households do not have bank accounts, payments to them have to be made in cash. One can only imagine the logistical nightmare and the possibility of easy cuts (read corruption) along the way. The same payments can be made through  ‘no-frills’ bank accounts, which could be linked through a Nationwide Electronic Financial Inclusion System (NEFIS),  a micro-version of the RTGS (Real Time Gross Settlement System) for large inter-bank transactions.  Apart from reaching the full amount into the bank account of the beneficiary, NEFIS would help them build a cashflow history and develop a savings habit.  Over time, as their urgent needs get met and as they develop more confidence in the reliability of the system, these households will reduce or entirely stop withdrawing the last rupee from their accounts every time they receive a payment. This has been the experience in many countries like Mexico and South Africa, where cash transfers are made regularly.  As the bank balance of a poor household increases and the cashflow history of each account becomes available, a local bank or microfinance institution can easily extend a loan on that basis.  Moreover, group life and group health insurance can be extended to the same people, with both premium payments and claim settlement operable through the bank account.  Thus, these ‘no-frills’ bank accounts linked through the NEFIS can be used for remittances/payments, savings, insurance and credit, becoming a step ladder for full scale financial inclusion.  I estimate that to provide bank accounts to 10 crore (100 mn) excluded hosueholds, we need to spend no more than Rs 1000 crore ($250 mn) and the cost of NEFIS would be about another Rs 5000 crore.  Thus, for one-tenth of the outlay of the loan waiver, we can assure a responsible, permanent and near universal financial inclusion in India. Now, that would be a great transition!