The Future of Natural Gas in India, PESD Working Paper

Changing Face of Indian Energy System: A March towards Normalcy 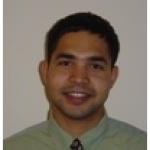 Much has been said about the fallacies in India’s energy policy-a lack of coherent planning, endemic ills of cross-subsidies, inefficiencies of state-owned companies, and so on-to argue the impossibility of India’s ability to meet the energy demands of a growing economy. Although true in past, this argument is weakening. Amidst excessive criticism of every single government action, the real, but subtle, face of Indian energy policy has not attracted mass attention yet. And understandably so:

India’s energy policy is in flux, passing through a painful, resistive, massively wrenching period that makes its present hard to distinguish from its past. However, the free-market spirit embodied in the new energy policies put in place following the 1991 economic crisis in India are beginning to come of age. The more this spirit is augmented and spread to encompass wider parts of the Indian energy system, the higher the efficiency and reliability of India’s energy supply will be.

The economic crisis in 1991 in India, caused by rising external debts and dwindling foreign exchange reserves, was a shock for Indian policy makers that made clear the need for deregulation and for opening up to private capital.

As in other parts of the Indian economy, this has led to a dramatic paradigm shift in the Indian energy-policy landscape: ideas of a free market and competition have started to dismantle a centrally planned energy sector organized through state-owned companies. With the assistance of the World Bank and the Asian Development Bank (ADB), India has embraced a slew of path-breaking reforms in the energy sector culminating in the New Exploration and Licensing Policy (NELP) in 1998 (for the oil and gas (O&G) industry), the Electricity Act of 2003 (EA-03), and, more recently, the New Coal Distribution Policy of 2007.

These policies are major landmarks in independent India’s history, as they have opened up the energy sector to wide private participation, both domestic and foreign, bringing the sector’s organization closer to free-market conditions than ever before.

In 1990 nearly all energy sector operations were state controlled. The sector was fraught with inefficiencies and was highly unreliable. But that is rapidly changing. For example, state-owned oil companies of India had over 80 percent of India’s exploration acreage before 1990. Thanks to NELP, that number is down to about 50 percent in 2008 even as the area under exploration has increased roughly ten-fold. Injection of competition and private capital has reinvigorated the entire energy sector. Unquestionably, these groundbreaking policies represent a giant leap for India; they are the right platform for India’s energy future. And while there is room for improvement, it must be recognized that there is a natural rate at which these policies come to full life, owing to the burden and inertia of the past systems. Nonetheless, these are policies that drive themselves and are not at the mercy of the musical-chair of political coalitions.

These policies have already yielded positive results. A good example is Oil and Natural Gas Corporation (ONGC), the flagship state-owned company in O&G exploration and production. Owing to a combination of poor planning, ills of monopoly position on operational efficiency, limited capital, and a corporate culture devoid of incentives, ONGC’s performance was in bad shape all through the 1990s. But, by bringing more competition to the sector, NELP has enabled the benchmarking of performance. This has forced ONGC to raise its operational and managerial efficiency. The government itself has raised the bars for ONGC. In turn, ONGC has responded by functioning more responsibly towards a coherent business strategy: it is spending billions of dollars in developing new O&G fields and improving recovery rates from declining fields; although more slowly, it is also getting nimble in its exploration efforts, which has been ONGC’s Achilles’ heel in the last two decades. In fact, a new policy measure that deregulated the pricing of domestically-produced crude oil has provided the capital needed for ONGC’s new efforts; in the last decade alone ONGC’s cash reserves have increased seven-fold to reach about $3.5 billion in 2008.

Benefits have accrued elsewhere in the energy system of India too. For example, private participation and investments in the electricity sector have also grown rapidly since the passing of EA-03. Further, commendable progress has been made in the unbundling of the operations of loss-making vertically-integrated government companies into separate businesses for generation, transmission, and distribution of electricity. Such unbundling enhances transparency of operations, while providing greater leverage to the respective governments to rationalize pricing. These moves have started to undo decades of irrational organization of the electricity sector. In Delhi, for example, transmission and distribution (T&D) losses-a term for unaccounted electricity-have come down from 50 percent in 1998-99 to less than 30 percent in 2007-08. Results have been mixed in other states; but wherever the changes have not delivered on expectations it has been because the conditions were much worse than anticipated. We can expect similar improvements in the coal sector too, which is in the middle of sweeping changes.

As India moves forward with energy-policy reforms three issues need particular attention. First, the recent energy policies threaten the organizational stability of state-owned companies: these companies suddenly face the heat of highly competitive markets, while still constrained in their operational independence due to controls by the government, especially fiscal and hiring constraints. Such conditions, if allowed to prevail for long, will eventually lead to the weakening and dissolution of the government companies. Second, India urgently needs to ramp up energy related R&D, which at present is inadequate. ONGC, for example, spends less than 2 percent of its capital expenditure towards R&D; private energy companies in India are no better. The same figure for international oil companies is over 6 percent. India must foster world class technological innovation at home if it is to succeed in providing its masses with reliable energy supplies. Third, India must strive to really understand the functioning of the energy systems of other major economies.  A general skepticism in India that the global warming issue is just a deep conspiracy of “the West” to sell technology only demonstrates a lack of effort to keep pace with the dynamics of the global energy system. Any serious observer of the US and European energy industries understands that such skepticism is completely disconnected from the signals of the global energy industry. Policies and business decisions that do not duly consider the global dimensions of energy can be disastrous. As it gears up for a seat at the world’s power table and as the global energy markets integrate, India has a lot of catching up to do in understanding the beast that global energy is.

In summary, the new identity of the Indian energy policy-marked by a free-market oriented approach, as outlined at the beginning of this article-will provide enough transparency and the right economic signals leading to the emergence of an efficient energy system in India. Adequate attention to the resolution of the caveats mentioned herein will get India there sooner. But undoubtedly, India is on the right path for fueling its future.

Dr. Varun Rai is a research fellow at Stanford University’s Program on Energy and Sustainable Development. His current research focuses on policies and business models for carbon capture and sequestration and on the political economy of Indian energy policy.