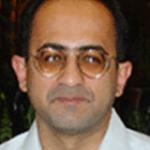 Innovation is widely recognized and accepted as a key ingredient of sustained economic growth; an objective of policy that is today as salient for developing countries as it is for the Organisation for Economic Co-operation and Development (OECD). The rise of Asia is as much about its domination of low-cost manufacturing as it is about its increasing strength in knowledge-based industries and ability to innovate new technologies and new business models. Unfortunately, recognition of the importance of innovation has not as yet translated into a full understanding of what one might need to do in terms of an innovation policy.

Discussions of innovation and innovation policy in the OECD often center on the domain of innovation as it emerges from formal research and development (R&D) processes, with a strong connection with invention and the creation of new product and process technologies from advances in science and technology. Obviously, in this domain, the creation, protection, and exploitation of intellectual property rights (IPR) play a central role, and therefore a legal and regulatory structure for IPR is a central policy concern. However, in developing countries – and possibly to varying degrees in all countries – there are at least three other domains that may be discerned and that are of significance with regard to innovation. These are also domains of particular significance for economic growth that is inclusive; creating and expanding economic opportunities as much at the bottom of the pyramid as at the top. In these domains, it is my suspicion that the essential economic rationale for IPR – at least patents – that exists in the formal sector (i.e., the incentive to innovate provided as a result of the ability to appropriate the returns) may be only weakly significant, if at all.

The first domain is what has often been called “grass-roots” innovation. This method consists of solutions developed largely through improvisation and experimentation in a resource constrained environment. This is often accomplished by individuals who may have little or no formal education, and without using any advanced scientific knowledge. For such individuals, there is perhaps little that the formal apparatus of the IP system has to offer. This is because the main bottleneck for commercialization or for returns to the innovator lies not in the presence or absence of IP, but often in the realization of the market opportunity due to limitations of capital (particularly early-stage finance), risk-taking ability, and limitations (local use) of the market itself. At the same time, this is an important and broad-based domain, as is amply brought out by the wide range of grass-roots innovation and innovator networks, as well as the pioneering work done by Anil Gupta and many others.

A second domain is that of incremental innovations that are largely productivity-enhancing across the range of firms. This is, of course, a general issue, but in the context of inclusive innovation, of particular interest are innovations in small and micro-enterprises. These are often in traditional or artisanal clusters, are characterized by very limited deployment of capital, are usually family-run, and have very little formal technical or managerial capabilities. Their primary challenge is not commercializing invention, but enhancing productivity, quality and market linkages. Innovation in the context of these enterprises often takes the form of exceptional reverse engineering. For example, there is a cluster of micro-enterprises near Kolkata (Baruipur) in India that manufacture surgical instruments. Essentially, they do this by looking at catalogues of instruments and figuring out how to make them, even fairly sophisticated instruments such as those used in laparoscopic surgery. There is little connection between this domain and the formal patent system, but this domain is clearly quite important from the point of livelihoods and inclusive growth.

A third domain of innovation lies in what is called “market expansion” or “market creation,” which is the provision of goods and services to the unserved, or the so-called “bottom of the pyramid.” If one were to think of some of the innovations in India of significance for growth and development outcomes, these might include, for example, dairy cooperatives in the dairy sector, public call offices where ownership of the product was replaced by access to the service, and more recently, examples such as the Mumbai dabbawallas (where two hundred thousand lunch boxes are delivered daily by about five thousand people with an error rate of less than one in six million deliveries), the Aravind eye care system (where doctors perform two thousand eye surgeries a year), the Tata Nano or the one rupee shampoo sachet from Hindustan Lever. There is quite a range of innovations; technology-based and business model-based, both in products and in services, and coming from the private sector, the non-profit sector and the public sector. The presence or success of such innovations again seems to have little connection with the formal IP system, but they are all very significant, nonetheless.

Even with regard to the domain of innovations that emerge from technology change or new product or process technologies, legitimate questions arise regarding the nature and direction of technological progress that seems most relevant or significant when trying to reach the unserved. For example, the conventional conceptualization of technological change is that it is comes from an effort to push performance frontiers. Whether it is the clock speed of microprocessors, or the bandwidth of communication channels, or the feature set of a software product, engineers and scientists seek to apply new scientific knowledge and ideas to push these performance limits further. However, the challenge in emerging markets is not so much about pushing a performance frontier, but rather pushing the price frontier; offering adequate levels of performance, but at radically lower price points. This also requires a high level of innovative ability, and there is often an element of technological advancement, though it may not fully match that associated with a radical performance improvement.

How then should one conceptualize a set of policies for “inclusive innovation,” which recognize and address the different requirements of these different domains of innovation? As a starting point, there are three ideas to consider. First, even with regard to IPR, there are perhaps forms of IPR that are of greater significance from the viewpoint of inclusive innovation than those traditionally studied, such as patents. Among those that may be more important are trademarks, designs and geographical indicators. For example, in India, geographical indicators may be quite important for protecting artisans and the holders of traditional knowledge. Similarly, forms of copyright that are compatible with, and that support, open innovation systems might play an important role. For example, creative commons licensing may well be a good model for the content generated under the national program on technology-enhanced learning (NPTEL) in India that has now generated perhaps the largest repository of technical lecture courses in the world. Currently, there are five hundred full semester lecture courses –taught by leading faculty – with over sixteen thousand hours of lectures that are now available as streaming video.

Second, innovation policy needs to be addressed in a systemic manner. Questions of early-stage finance, entrepreneur support and business start-up and closure need to form a part of the mix, and not only issues related to science and technology development. The creation of enabling conditions is necessary, but not sufficient. For example, the Bayh-Dole Act in the U.S. that permitted universities to retain the IPR for inventions resulting from federally funded R&D projects is often cited as an example of the kind of policy enabler that ought to be emulated. While such an enabler is certainly necessary, in the absence of complementary and supporting factors such as early-stage finance, incubation, entrepreneur support, and market access, its benefits and impacts will be quite limited.

Third, the challenge with regard to the policy support is often not the concept, but with the implementation and operation. For example, the Small Business Innovation Research (SBIR) program is often cited as an exemplar for early-stage technology funding. One of the difficulties with models like SBIR in India is getting robust and transparent systems in place that are able to deliver the resources to theprivate sector, and in matching the right kind of financing and delivery system with the nature of the recipient and the requirements being addressed. Unless such operational issues are thought through at the concept and policy design stage itself, the intended effect may not be obtained.

Finally, any set of policies for innovation need to be cognizant of the challenges and opportunities posed by the globalization of R&D. The globalization of production activity and the accompanying flows of foreign direct investment (FDI) is one of the defining features of the global economic landscape; equally significant, but perhaps not as well recognized is the globalization of R&D. Knowledge creation, technology development, and commercialization are increasingly happening in a dispersed, global manner. These trends have the potential to reshape innovation systems within countries; the issue is whether this influence will be malign, benign, or positive.

Anand Patwardhan is a Professor at the SJ Mehta School of Management at the Indian Institute of Technology, Mumbai.He can be reached at anand@iitb.ac.in