India: Priorities for Agriculture and Rural Development. The World Bank

Citizen Action in Rural India: Claiming Services from the State 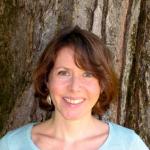 The size and reach of India’s developmental state has increased significantly in recent years, marked by a dizzying array of programs intended to improve the lives and livelihoods of India’s rural citizens. For instance, a plethora of welfare “schemes” related to health, education, infrastructure, food security, housing, employment and other sectors are regularly created (and re-created) by the state and central governments. Large programs, like the National Rural Health Mission, Sarva Shiksha Abhiyan (“Education for All” Campaign), and the Mahatma Gandhi National Rural Employment Guarantee Scheme (MGNREGS), to name just a few, are funneling unprecedented amounts of goods, services, and money to rural India.

At the same time, however, India is often described as a “patronage democracy” in which the state plays a powerful role in the lives of its citizens but where officials have a great deal of discretionary control over the allocation of goods and services. High levels of corruption at all levels of government – highlighted in recent public outcry and media coverage – contribute to the sense that the Indian state regularly fails to respond to the needs of many of its citizens. Under these conditions, a bleak picture emerges of a distant and inaccessible state.

And so the question emerges: who makes claims on the state in India? My research in rural Rajasthan, consisting of more than 400 interviews and a survey of over 2,000 households in 105 villages, takes up this question, investigating both whether and how citizens make demands for public goods and services. Claim-making of this kind is a critical but understudied form of political participation, representing one of the most local, day-to-day arenas in which citizens encounter the state. Given the bleak view of rural Indian citizen-state relations, we might expect to find a high level of disenchantment accompanied by low levels of claim-making. In fact, however, large numbers of those surveyed (roughly three-quarters) report that they do, in fact, engage public officials to demand services. These high levels of claim-making are, somewhat paradoxically, consistent with an uneven record of service delivery, where the discretionary behavior of officials drives the seeking behavior of citizens. Under these conditions, claim-making is an act driven by both need and hope. Citizens depend on the state for a wide range of essential services. As the pool of public resources expands, and as knowledge of these resources grows through encounters with others who have successfully accessed them, people are increasingly likely to engage in claim-making out of the hope (however faint) that they too might benefit.

Claim-making is also rarely a straight-forward or linear affair. Rather, people pursue diverse strategies, both direct and mediated. Village-level officials (panchayat members) are the first port of call for the vast majority (almost two-thirds), but this direct contact is accompanied by a wide range of strategies brokered through non-state actors and informal institutions, including individual “fixers,” caste leaders and elders, local associations, and a range of civil society organizations. In fact, more than one-half of the survey sample reports contacting a broker when seeking services from the state. Importantly, direct and mediated practices are very often combined, creating diverse and complex claim-making “repertoires.”

What accounts for this variation in patterns of claim-making and, by extension, in local citizen-state relationships? A large body of scholarly work, much of it developed in the West, predicts that political participation is contingent upon socioeconomic status, where more affluent groups of higher social standing are the most likely to engage the state.  In India, however, the poor and lower castes participate vigorously in politics. Looking beyond the voting booth, the same patterns extend to citizen claim-making; whether or not a person makes claims on the state cannot be adequately explained either by levels of development or by an individual’s socioeconomic status, including measures of wealth and caste.

I suggest instead that both whether and how a person voices demands for services is contingent upon his or her social and professional networks, and the information and contacts to which he or she is exposed. Through “weak” ties that extend beyond tightly-knit groups in a person’s immediate community and locality, and through “bridging” ties that traverse barriers of caste, ethnicity, class or other social cleavages, a person is exposed to broader information and ideas about the state, as well as to a greater diversity of potential links to the state.

Take, for example, a woman in north India living under the purdah (veil) system who rarely leaves her home or neighborhood. She is unlikely to encounter public officials, approach brokers beyond her immediate family, or be exposed to narratives about the state, service delivery, or claim-making established through broader networks. In contrast, a woman who works outside of the home is more likely to interact with men and women from different castes, classes, and backgrounds. An individual who travels beyond the village in pursuit of employment or education will meet an even greater diversity of actors. The broader a person’s exposure, the greater the sources of information to which he or she is exposed, and the more likely he or she is to encounter officials or brokers creating channels of access to the state. In other words, “socio-spatial” exposure to different people and settings expands both the opportunities as well as knowledge required for claim-making.

I find, controlling for a wide range of village and individual-level attributes, that people embedded in more “cosmopolitan” networks that cut across caste and class and extend beyond the village are more likely to engage in claim-making, and do so through more diverse practices, than those embedded in more “parochial” networks. People who socialize in different neighborhoods, who work in a multi-caste environment, and who travel beyond the village are all more likely to engage in claim-making, both direct and mediated.

Exposure to different people and places is the product of forces of change in rural India that are, through a slow and uneven process, creating conditions for increased cross-caste engagement as well as more porous boundaries between the village and city. Population growth and land scarcity – reflected in declining land-to-labor ratios – limit opportunities for local agricultural employment and thereby compel people to engage in new sectors that challenge caste-based norms of occupation or to seek employment beyond the village. At the same time, institutional interventions, such as the reservation of panchayat (village council) seats for women and members of the lower castes and tribes, create opportunities for traditionally marginalized groups to engage in multi-caste and mixed-gender settings. In these ways and others, people can engage with broad networks that generate exposure to the information and contacts that enable and motivate claim-making.

These findings cast light on questions of democratic practice in rural India, helping to answer the question of why some people, but not others, engage the state to voice demand for services. Exposure to sources of diversity across social and spatial lines may, it appears, be a critical resource for citizen activism and participation. From a policy perspective, this suggests that interventions designed to foster cross-cutting exposure (such as the reservation of panchayat seats for women and lower castes, or work by NGOs to build multi-caste or multi-class coalitions) may be a critical means of promoting citizen-state engagement. It also highlights the critical role of access to information in creating the conditions for an active citizenry – a theme captured by the Right to Information movement underway in India. At the same time, however, the study suggests that a darker view may also be true, revealing a democratic deficit where citizens are forced to make claims because of persistent state failure to deliver.

Gabrielle Kruks-Wisner is a Ph.D. Candidate in Political Science at Massachusetts Institute of Technology. Email: gabikaya@gmail.com