"Obama in India: Pakistan on the Mind," Bruce Riedel. India in Transition. October 25, 2012

The Pakistan Challenge for India and America 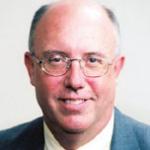 As the United States and India grow ever closer as partners, they cannot escape the challenges posed by Pakistan, which has been a complication in the bilateral relationship between Washington and New Delhi since 1947. The next American President and his Indian counterpart will find it impossible to ignore the dangers and opportunities posed by Pakistan today. Cooperation between Washington and New Delhi on how to deal with these challenges is crucial and fortunately seems to be improving especially as we prepare for the 2014 transition in Afghanistan.

Both India and America have strained and complex relations with Pakistan. The terror attack on Mumbai on November 26, 2008 brought India and Pakistan to the brink of another crisis. Fortunately, cool heads prevailed, especially in New Delhi, but four years later, a gradual détente has begun. Visa restrictions have been loosened on travelers between the two countries, trade is increasing, and there is talk of a genuine free trade zone. These measures benefit both countries but especially help Pakistan with its weaker economy. President Asif Ali Zardari visited India and seems genuinely committed to improving ties. A September Pew poll shows Indians understand the paradox. 77 percent of Indians see Pakistan as an enemy, yet 77 percent also believe it is important to resolve the Kashmir dispute to improve relations with Pakistan.

What is unclear is how committed the Pakistani army and its intelligence service, ISI, are to détente. Traditionally, they have seen India as the enemy and the justification for their disproportionate share of the national budget. They remain closely aligned with the spoilers in Pakistan, the jihadist groups determined to fight India, not to make peace with it. Lashkar e Tayyiba’s boss, Muhammad Hafeez Saeed now has an American bounty for information leading to his arrest but he operates openly in Pakistan. The mastermind of the Mumbai massacre travels the country, appears at large ISI sponsored rallies and regularly appears on talk shows demanding jihad against India and America. There is every danger that another major attack is coming, ironically made more likely if détente deepens since the dark forces in Pakistan are determined to halt it.

The extradition of a major LeT operative, known by his nom de guerre as Abu Jindal, from Saudi Arabia to India this year (with U.S. help) illustrates the danger. He was raising funds in the Kingdom for another major attack when arrested and sent to India. His voice matches that of the LeT boss who ordered the Mumbai terrorists to kill their hostages in phone calls monitored by Indian security services.

America’s relationship with Pakistan is even more tortured and complex. On the one hand, Washington has been very generous to Pakistan this century. Since 9/11, the U.S. has disbursed over $25 billion in military and economic aid to Islamabad. The military aid includes eighteen F16 jet fighters, five hundred AMRAAM air-to-air missiles, six C130 transport aircraft, twenty Cobra attack helicopters, and a Perry class frigate. According to the Congressional Research Service, about half the aid was delivered during George W. Bush’s presidency and about half by Barack Obama.  No other country except Israel has received so much American aid since 2001.

On the other hand, Pakistan and America are adversaries in Afghanistan. In many ways, the U.S. is fighting a proxy war in Afghanistan. The U.S., the UN, NATO and troops from over forty countries back the legitimately elected Kabul government led by Hamid Karzai, as does India. Pakistan pays lip service to the Karzai government but provides key assistance to its enemy, the Afghan Taliban. The ISI shelters the Taliban leadership in Quetta, Karachi, and Waziristan, trains its fighters and helps it plan attacks on Afghan government and NATO targets. Interrogations of thousands of captured Taliban fighters by NATO show that Pakistan’s support is essential to the success of the insurgency. Senior American officials have characterized the insurgents as taking direction from the ISI.

America is also fighting a drone war against terrorist targets from al Qaeda and associated movement inside Pakistani territory despite the explicit request of the Pakistani parliament and foreign ministry that they cease flying. Every day, American drones monitor potential targets inside Pakistan. From 2004 to September 30, 2012, the drones carried out 346 lethal attacks in Pakistan, almost 300 on Obama’s watch. The drones have decimated al Qaeda’s leadership but have also angered Pakistanis and become an anti-American rallying cry for Lashkar e Tayyiba and Pakistani politicians, including Imran Khan.

Finally, there is a shadow of Abbottabad haunting American-Pakistani relations. How did Osama bin Laden, high-value target number one, hide for five plus years less than eight hundred yards from Pakistan’s premier military academy? One senior Pakistani official said it was just a “freak coincidence” but is that credible? Days after the SEAL raid that killed the al Qaeda amir, a Pakistani journalist wrote that “of course the generals knew and they knew they could get away with it.” It was either ISI incompetence or complicity, neither of which is comforting.

The coming transition in Afghanistan from NATO to Afghan leadership in the war in 2014 will be a major challenge for American-Pakistani relations with major implications for India. If Pakistan encourages the Taliban to step up the pressure on the Kabul government, and they recover territory hard won by NATO forces in Helmand and Kandahar provinces, it will be a sign Pakistan is determined to push America out of South Asia. Many Americans will blame Pakistan for any American defeat in Afghanistan and they will have good reason to do so.

There is a better alternative: Pakistan could unambiguously use its influence with the Taliban to encourage them to engage in a serious political process with Kabul while breaking definitively with al Qaeda. That approach could end the thirty-year-old war in Afghanistan on the basis of a negotiated settlement backed by a regional accord.  The choice is Pakistan’s. If not, then America and India need to work more closely on how to engage Pakistan and its army’s excesses. Fortunately, there are signs the two are already engaging more and more on the future of Afghanistan. The last Indo-U.S. strategic dialogue session spent considerable time on the future of Afghanistan judging by the joint statement. That is a step in the right direction.

Bruce Riedel is a Senior Fellow at The Brookings Institution, and former Senior Director for Near East & South Asia Affairs, National Security Council, 1997-2001. He is a member of CASI’s International Advisory Board. He can be reached at briedel@brookings.edu.