Institutional Requirements for the Growth of Nuclear Energy 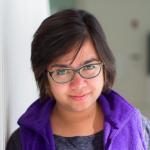 India’s Intended Nationally Determined Contribution (INDC) at COP 21 included nuclear as an energy technology for reducing carbon emissions. The INDC calls for 63 GWe of nuclear installed capacity by 2032. To put this in perspective, India has 21 reactors that make up just under 5 GWe of installed capacity (the current total installed capacity from all sources of electricity is 281 GWe). The U.S., which has about ~100 GWe or 99 large reactors, has the world’s largest fleet of reactors. If achieved, 63 GWe would be the world's second or third largest fleet of reactors (depending on how quickly the Chinese program grows over this period). Some of the Indian Department of Atomic Energy (DAE) projections beyond 2030 are even more ambitious — calling for nuclear energy to supply 25-50 percent of all electricity by mid-century and beyond. This raises two significant questions: are the institutions underlying the nuclear energy program capable of supporting such an expansion, and if not, what changes might make such an expansion of nuclear energy both desirable and possible?

Make Nuclear Mainstream
The Indian nuclear program traces its organizational and institutional structure to its inception in 1948 when its apex policy-making organization, the Atomic Energy Commission (AEC) was created, followed soon after in 1954 by the establishment of the DAE. Homi Bhabha, the AEC’s first and longest-serving chairman, persuaded Nehru, a close friend, to headquarter the nuclear energy program in Mumbai (rather than Delhi). With its headquarters in Mumbai, the DAE would be close to companies that would manufacture equipment for its future research and power reactors. The chosen location also provided room for a research center housing several laboratories and prototype reactors, and eventually as headquarters of several of the DAE’s daughter organizations. Bhabha also requested that the DAE be granted autonomy in matters of recruitment, materials procurement, and construction. Indeed, this extensive autonomy granted to both the Indian nuclear and space programs is now believed to have been critical for their development. Both programs are widely acknowledged as being innovative — having first localized technologies from the outside, and later developed indigenous variants.

However, the wide discretion granted to the leaders of a nascent nuclear program, although appropriate at its inception when it faced great technological uncertainty, seems somewhat problematic at a time when the program appears poised to enter a period of significant growth. The planning for and construction of nuclear reactors ought to be undertaken as part of broader energy planning initiatives, rather than nearly autonomously by the DAE (the 63GWe by 2032 is a DAE projection).

At a time when there is both a growing enthusiasm for global nuclear energy (over 40 countries are considering building and operating nuclear plants for the first time) as well as concerns about cost and safety, planners and policymakers should plan for the future with an alertness to many dimensions of the use of nuclear energy: How does nuclear energy fit with other sources of energy? How much nuclear capacity should be brought online and when? How much should it cost? How safe should nuclear reactors be?

Prime Minister Modi consolidated coal, power, and renewable energy under a single ministerial portfolio (Piyush Goyal), whereas nuclear (along with space) remains under the charge of a different minister (Jitendra Singh). While this separation of nuclear from other energy-related ministries makes sense for security reasons, having nuclear under the charge of a different minister prevents the integrated planning for energy. Separating the power and defense dimensions of the nuclear program is tricky but not impossible. One possible option is separating reactors used for civilian and defense purposes (a step in this direction was the separation plan India proposed as part of the Indo-U.S. deal).

Create an Independent Regulator
A second and critical requirement for a nuclear energy program of any size is an independent regulator. This was perhaps the most significant lesson learned from each of the three major nuclear accidents (Three Mile Island, Chernobyl, and Fukushima). The Indian nuclear safety regulator, the Atomic Energy Regulatory Board (AERB), although “de facto” independent is not yet independent “de jure.” A bill that would grant it this independence has been now been in the pipeline for over four years. The AERB is staffed by former BARC and NPCIL officials who have extensive expertise in the design, operation, and regulation of nuclear plants, and also have a great deal of influence over their former colleagues. However, a significant increase in the size of the program could possibly overwhelm the regulator or lead to a rapid and poorly planned expansion — both of which would weaken the informal networks that are now critical for regulation.

Any expansion of the regulator should be carefully orchestrated. Nuclear regulators around the world, having grown too large and too set in their ways, are experiencing bureaucratic paralysis. Perhaps the best and most unfortunate example is the American nuclear safety regulator, which now takes over a decade to review new plant designs. While a larger, independent regulator is needed, great care should be taken to create such an organization that is both thorough and nimble.

Develop Centers of Expertise Outside the DAE
A third requirement for a significantly larger nuclear program is the growth of independent centers of expertise outside the DAE. Although the research, design, operation, and regulation of nuclear reactors requires (besides nuclear engineering) scientific and engineering expertise, nuclear engineers, too, will be needed in significantly larger numbers if the size of nuclear program increases.

At the present, expertise in the nuclear area is chiefly concentrated within the DAE and its daughter organizations (Bhabha Atomic Research Center, Indira Gandhi Center for Atomic Research, Nuclear Power Corporation of India, and the Bharatiya Nabhikiya Vidyut Nigam) and there are few independent experts and centers of expertise in the nuclear area outside the DAE that are able to evaluate and independently assess its engineering and policy decisions. Indeed, the existence of such expertise outside the DAE, and an ability to independently evaluate plans for the growth of nuclear power, would lend greater credibility and legitimacy to projections for the growth of nuclear energy.

The DAE has historically trained its own scientists and engineers through specialized training schools and its own university (Homi Bhabha National Institute). Thus each new generation of Indian nuclear engineers is steeped from the outset in the culture and traditions of the DAE. While this has led to an extraordinary institutional stability, it has also caused a sort of technological lock-in. India's technology strategy for nuclear energy today — a three-stage program with the eventual goal of utilizing domestic thorium reserves — is the same as it was in the 1950s, when it was first devised by Bhabha.  There is great value in considering alternate technologies and pathways of development and the newer, and in some cases safer, technologies under development around the world. A predominantly internal training of new experts is also problematic because while the various internal initiatives have been able to train new engineers for a modest nuclear program, they will be hard-pressed to staff a reactor fleet that is many times larger.

Outside the DAE, three IITs have graduate programs in nuclear engineering. To ensure these departments grow over time, stronger ties between the DAE and these departments can and should be developed by recruiting their graduates in larger numbers, drawing on their research facilities and allowing them to access DAE facilities, and contracting research projects to them. A gradually increasing number of private universities are also beginning to offer courses in nuclear engineering, and this is an encouraging development. However, for nuclear energy, science, and engineering, questions are closely intertwined with those of ethics and policy. Thus the expansion of nuclear energy in India will require not only more nuclear engineers, but a different kind of nuclear engineer, trained more broadly, and attentive in equal parts to science, systems, and society.

The Indian nuclear energy program may be at the cusp of an expansion. However, it seems clear that the institutions that have carried the program thus far should be reconsidered and rebuilt for a possible future in which the use of nuclear energy grows significantly.

Aditi Verma is a doctoral candidate in the Department of Nuclear Science and Engineering at Massachusetts Institute of Technology. Her doctoral research combines engineering with sociology and history to study reactor design and its implications for innovation and safety policy. She can be reached at aditive@mit.edu.