The Crisis of the Indian Legal System by Upendra Baxi

If the Constable Could Speak: Notes on a Continuing Failure to Secure the Masses and Reform the Police in India 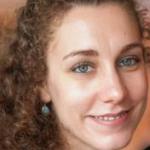 In 2007, a constable on duty in Allahabad remarked to me, “this job is exploitation in the name of discipline.” His statement summarized a litany of complaints about the job that I have heard from numerous constables: abysmally low salaries, long and undefined hours of duty, few to no avenues for promotion, little access to safe, clean, and affordable housing, dangerously inadequate equipment, and routine lack of recognition for “good work.”

Beyond harsh working and living conditions, many constables in Uttar Pradesh and elsewhere in India also lament problems of a rather more insidious character; they often have to bribe clerks for their paychecks and allowances; they frequently must pay off or do illegal favors for influential persons in order to acquire or keep work; and they are routinely compelled to use personal funds for professional duties. They also regularly suffer verbal and even physical abuse by various authority figures, and are sometimes forced by these same persons to do “non-mandated work” such as tending animals or crops, cleaning personal toilets, tying shoes, or accompanying children to and from school. On one occasion, several constables informed me that three of their colleagues had recently perished while on duty “out of station,” – not in a dramatic shoot out with suspected criminals, but from neglect and exposure to harsh winter conditions.

Unfortunately, such information fails to shock most Indian citizens, or to galvanize people to demand reforms. The generally deplorable conditions of constable life are not new or unknown problems; nor are the evident relationships of these conditions with the inefficiencies, inadequacies, and iniquities of everyday police practice. Even the Union Home Minister Shri P. Chidambaram was recently quoted as saying that constables comprise the “most abused” part of the police force, and the “most reviled public servant” in contemporary India. And yet in most Indian states, little has improved for the average police officer in the decades since Independence.

Why do people pay so much lip service to the need to resolve the problems of constables and reform the police, and yet allow these matters to remain such non-starter issues? There is no single answer to this query. Boilerplate explanations by analysts and policy-makers for the continuation of the “broken system” of policing, in totoand especially among the subordinate ranks, tend to fall into one of the following categories:

More than a mere grain of truth resides in all of these observations. However, each only offers a partial truth. Other truths and realities are less apparent, or perhaps simply less palatable, and therefore ripe for denial or avoidance. These other realities underlie the words of a constable who, after relating to me his own version of the well-known “plight of the police,” posed the following question: “Who do we complain to about our own problems? The people who are supposed to hear our grievances and help us are the same ones who are abusing and ignoring us.”

Far pre-dating Chidambaram’s epithet of “most reviled public servant,” a book published in 1982 by legal scholar Upendra Baxi called subordinate police in India a “despised minority.” Implied in this characterization are some hard realities that must inform any and every discussion of police reform. Besides general problems such as continuing social inequalities of class and caste, and a fragmented electorate barely held together through coalition politics, there is widespread unwillingness by the government leadership and by the public at large to listen to the voices of constables themselves, to imagine life from their perspective, and to bring them to the table to discuss possible improvements in their own conditions and in the police system.

Thirty years ago, the First Report of the National Police Commission (NPC) pointedly stated that,

“The Constabulary...form the foundation and base for the entire police structure. Any attempt at a meaningful police reform has necessarily to start at their level only, since no restructuring of the system will be practicable or enduring unless the mass base of the system is rendered healthy and efficient.”

However, crucially, the report’s authors also wrote that,

“[T]he wage scale of [the constables] has been equated with unskilled labour for historical reasons. The police, therefore, attract only a very unsatisfactory kind of candidate who has not been able to get any other job. A police force composed of such poor specimens of humanity cannot rise very much above the lowest common denominator of its constituents and the effect on the quality of police service provided to the people is disastrous...” (emphasis added).

I quote this latter portion of the NPC report not to indicate my agreement with it, but instead to demonstrate how it reveals a common assumption that prevails among the populace; namely, that persons who seek out and take up jobs as constables are always by nature, inferior “specimens of humanity.”

Hundreds of thousandsof subordinate police personnel – not to mention their families and friends – would beg to differ with this assumption. Many of these lowest-ranking police have been expressing a wish to have their voices heard for decades, often through attempts to form professional associations, and in some cases through protests and strikes. Police are prohibited from forming associations through a variety of laws, especially The Police Forces (Restriction of Rights) Act, 1966. Yet, as recently as July 2009, some constables have continued to seek permission to unionize as a means to improve their living and working conditions. Until now, they have failed in these efforts.

Many constables would argue that their governments have failed them. Constables comprise between 80 to 90 percent of every state police force and are therefore “the face” of an organization that generally inspires dread and revulsion. However much police may sometimes “deserve” their bad reputations, if they are expected to do their duty to secure the masses and protect people from crime, terrorism, and generalized disorder, then the masses of “cutting edge” cops need to feel secure themselves. The poor conditions of Constabulary life, and of the lives subordinate police more generally, have received a fair amount of attention in a recent report by Human Rights Watch and also in some news stories, especially following the November 2008 attacks in Mumbai. This resulted in the associated public outcry against a poorly trained and ill-equipped police force which failed to protect the people. However, it appears that this focused attention by non-government organizations (NGOs) and the media is not enough. Additionally, the directives handed down by the Supreme Court in 2006 for police reform, which mostly address the problems of senior officers and public complaints against police abuses are also not enough, and neither are the recommendations made by the 2006 Model Police Act for renaming constables “civil police officers,” and for increasing their training, education and work requirements.

There is no magic bullet or singular solution to these many problems. But here is one recommendation: invite constables (and sub-inspectors) to the table every time there is a discussion of what needs to be done to reform the police.

Beatrice Jauregui is a cultural anthropologist and Visiting Fellow at the Center for the Advanced Study of India. She has spent two years living and working with police in Uttar Pradesh and New Delhi.She can be reached at bea@uchicago.edu