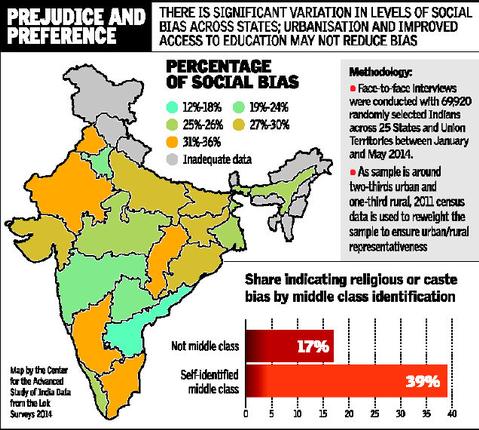 Round 2: The findings of a new survey on the aspirations and anxieties of ordinary Indians have been released in The Hindu in a four-part series published between December 2014 and February 2015. The survey is the latest round of a multi-year panel study sponsored by the Lok Foundation and carried out in collaboration with CASI, in conjunction with the Carnegie Endowment of International Peace. These surveys aim to track the attitudes of Indians over the next several years, as part of a significant new effort to understand the social and political reconfigurations taking place across India today. Read the findings below:

Round 1: The first survey was conducted between October and December 2013 in advance of India’s 2014 Lok Sabha election. The “Lok 2014 Pre-election Survey” aimed to uncover the ways in which voters’ attitudes may be changing and the ramifications that has for political preferences. The next two modules of the survey will address Indians’ aspirations and anxieties for their nation’s future and revisit households for post-election reflections. Future modules of the Lok Survey will look at issues such as civic citizenship and social capital, economic reform, engagement with the world and corruption.

Follow the project and read the findings at CASI’s blog indiaintransition.com.

CASI will gradually be releasing the findings from the pre-election survey over the month of March through the blog and a four part series with The Times of India. Read the Times of India pieces below.

In addition to these special columns, the project has also received media attention from various other outlets: