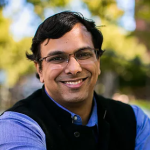 It has been a volatile decade for India’s business community. Quite a few post-liberalization patterns of doing business in India have been seriously disrupted, and with it have withered the  fortunes of many business owners who had made their bets early as India opened up its economy over thirty years ago. High net-worth individuals’ exit from India and the desire to take up alternative citizenship and residence for tax reasons and wealth preservation is at its highest level in decades, only exacerbated by COVID-19 and accompanying mobility concerns. On the other hand, we have seen the rise of a new class of entrepreneurs represented by India’s startup unicorns and the simultaneously ballooning fortunes of a few large business groups. Across a range of industries, capital concentration in India is hitting new post-liberalization highs as the list of acquisitions (startups, bankrupt firms, infrastructure assets, new contracts, etc.) of large business groups makes headlines every month. For those who believe in competition and churn, this is an alarm bell, a reversal of the flurry of economy-wide entrepreneurial zeal that was witnessed in the few decades after liberalization. However, for others who have hopes for Indian national champions through economies of scale, this is necessary consolidation, the destructive downside of an inevitable cycle of creative destruction.

One crucial part of this story is the decline of the public sector banking (PSB) system as the primary engine of India’s economic growth. While PSBs still make up the majority of lending in India, the long shadow of India’s non-performing assets (NPA) crisis has left them with shrinking market share, deeply institutionalized risk aversion (particularly to industrial and infrastructure lending), little confidence in public markets (highly depressed stock prices), and serious doubts about their ability to maintain independence from political and bureaucratic manipulation. In a world flush with cheap capital from pension funds, sovereign wealth funds, private equity investors, multinational corporations, and multilateral finance institutions, many of India’s largest business groups are choosing to exit the PSB borrowing system, preferring to raise capital from foreign sources and make long-term business arrangements with Multinational Companies (MNCs), rather than subject themselves to the politicized financing that often accompanied PSB debt. The new economy and small businesses rarely have the privilege of accessing PSBs; the past culture of branch-level local PSB lending has deteriorated considerably over the last few decades and it has been a perennially upward battle for PSBs to consider funding startups or take large bets on the Micro, Small, and Medium Enterprises (MSME) ecosystem. When PSBs have tried their hand at intermediated lending through Non-Banking Financial Companies (NBFCs), it has unfortunately led to concentrated forms of on-lending (eg. Infrastructure Leasing & Financial Services Limited), whose scars are still fresh. Comfortable in lending money primarily to large corporations, the gaping vacuum in access to capital left behind by PSBs has been partially, but so far inadequately, filled by smaller financial actors: cooperatives, regional banks, small finance banks, smaller NBFCs, fintech startups, and of course, other forms of informal finance. PSBs may still have massive deposits to invest, but at the moment, they have ceased to be the lender of choice for many large Indian businesses looking to borrow or raise money.

The flight from PSBs is partly a consequence of how they have implemented India’s new bankruptcy laws; promoters in financial distress stand to lose their entire ownership stake through bankruptcy proceedings. These businesses were often built on reputations and networks of capital (sometimes undeserved) that promoters had with PSBs and the political system more broadly. Not surprisingly, many promoters have used every trick in the book to try to extend and subvert the new proceedings associated with the Insolvency and Bankruptcy Code (IBC). What does not help is that risk-averse PSBs invoked IBC on borderline cases and seem to have little appetite for renegotiation, haircuts, and other forms of more benign resolution which bankers typically engage in during such downturns. The policy paralysis that had affected the bureaucracy in the mid-2010s has now spread to PSBs and, as a consequence, growth in industrial lending has plummeted to all-time lows. Beleaguered by a spate of arrests and convictions of their banking colleagues and the relative impunity of senior management and errant borrowers, many mid-level PSB managers would rather send businesses to IBC, engage in consumer lending, and largely avoid industrial lending than deal with the downside risks that accompany inevitably politicized lending processes. And the businesses they would like to lend to (India’s largest business groups and businesses with good credit ratings) do not always want their money.

Rather than fix this complicated ecosystem and engage in meaningful reform of PSBs and financial markets, there is an increasing tendency to bypass PSBs altogether. The new power brokers are the ones who can speak the language of foreign capital: the startup founders who can sell their visions to venture capitalists, the business houses who can attract investments from FAANG (Facebook, Amazon, Apple, Netflix, Google) companies and offer them credible political mediation in India’s unpredictable business environment, the soon-to-be startup unicorn whose initial public offering (IPO) valuation can be spiked with a quick dose of private equity, the real estate conglomerate who can deploy large amounts of money in Tier-1 India in building green-certified commercial real estate for hungry ESG funds, and the consultants and investment bankers who can broker these deals between international capital and Indian businesses. Mediating and controlling access to capital has always been important, but the cast of characters and financial institutions who can do so has changed dramatically in the last decade, as can be seen with a whole host of former banking luminaries joining private equity firms and MNCs as advisors.

Perhaps one of the most problematic consequences of this transition has been the erosion of regional and local lending practices among large financial institutions. Ten districts in India accounted for 54 percent of credit disbursal in the country by the end of March 2020. Before nationalization, banks like Syndicate Bank made their reputation on their knowledge of small borrowers and businesses, and their borrowing requirements and ability to pay. In the last few decades, many larger financial institutions, including PSBs, have been running after bigger ticket loans to the detriment of their branch and local operations. Elaborate checklists, regulatory requirements, and paperwork have led to the administrative costs of lending going up at PSBs, yet another reason to avoid small loans.

The question that looms large over the banking system is this: can India’s scheduled commercial banks really deliver access to capital to businesses, big and small, formal and informal, across the length and breadth of the country? Digitization of banking activities and more permissive policies towards NBFC lending have led to major technological innovations; startups like Aye Finance are revolutionizing targeted local lending to businesses, and many private banks are exploring co-lending operations with smaller financial entities whose networks and local knowledge make them more effective lenders to MSMEs. But PSBs still seem quite tentative in pursuing relationships with smaller entities and seem to be largely partnering with NBFCs associated with large business houses, which has naturally raised concerns. Lending to small businesses in India should not be a niche activity where organizations like Small Industries Development Bank of India are occasionally consulted during policymaking; it was and should be a core competence of every large bank. Yet the last thirty years of PSB evolution has largely moved in the other direction.

Economic centralization comes in various forms: lending only to proven credit-worthy businesses in certain geographies, restricting who can access foreign capital markets, pushing the majority of debt in the country though PSBs which can be nudged toward political priorities, encouraging MNCs to partner with local established firms rather than strike out on their own. As India recovers from the ravages of COVID-19 and the long shadow of the NPA crisis, there exists an opportunity to reshape how banks lend to Indian businesses. But so far, the rhetoric of fiscal stimuli and MSME growth has lagged well behind the ability of banks to push money to such entities. There seems to be little acknowledgement that excessive economic centralization among a few corporations can also have negative consequences especially when these corporations parachute in at the end of traditional value chains as distributors and squeeze margins from small businesses. India may aspire to build national champions like Japan or South Korea, but is leaning dangerously toward enabling a new generation of oligarchs in the mold of Russia or Mexico. We can only hope that the emerging financial environment will enable creative upstarts to genuinely compete with established incumbents rather than simply providing them more fodder for acquisitions.

Rohit Chandra is an Assistant Professor of Public Policy at Indian Institute of Technology, Delhi. He is a former CASI Research Coordinator.

This article is the second in a set of guest-edited IiT short series. The articles in this series seek to make sense of the many manifestations of political and economic centralization in India today, with a particular focus on the historical antecedents of India’s federal institutions and how greater centralization in these institutions is altering state-business relations, India’s welfare architecture, as well as electoral competition. In 2019, the Bharatiya Janata Party (BJP) returned to power with a thumping victory, winning 303 out of the 543 seats in the Lok Sabha. This marked the first time since 1984 that a single party won a majority of seats in back-to-back national elections, and the first time a party other than the Congress Party achieved this feat. This massive electoral mandate given to the BJP and Prime Minister Narendra Modi has evidently ushered in a period of nearly unprecedented political and economic centralization. Recent months have seen a rapidly deteriorating relationship between the Centre and many states in India, so much so that Louise Tillin has referred to the current situation as “a defining moment for the future of Indian federalism.”
(Guest Editor: Neelanjan Sircar, CASI Fall 2021 Visiting Scholar; Senior Fellow, Centre for Policy Research)