"India Should Not Hurry on Renewables," Rohit Chandra. The Hindu: Business Line, January 17, 2018

Renewable Energy and Its Regional Consequences 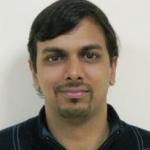 Cooperative federalism is a governance mantra in India these days. Between GST, Aadhar, demonetization, Swacch Bharat and more, the assertiveness of the Central government in prescribing wide-ranging technocratic policy solutions is at an all-time high. And for good reason—some of these interventions may have long-term benefits, even if they are painful in the short-term. But these benefits are rarely uniform across regions, and the long-term distributional and spatial consequences of these policies are often not well understood. This is particularly apparent with the newfound urgency around renewable energy (RE) in India, which will have drastically different consequences for different parts of the country.

Consider two maps: one of India’s coal resources (concentrated primarily in Eastern and Central India) and another of India’s prime solar and wind resources (concentrated primarily in Western and Southern India). There is negligible overlap between these areas. Of India’s currently installed grid-scale RE capacity of about 60 MW, over 57 MW is concentrated between the northern, southern, and western regions of the country. Less than 3 percent of all RE generation is currently located in the eastern and north-eastern regions (collectively referred to as eastern India for brevity) as assets in these regions would be quite expensive because of their low utilization. Geography and weather considerations prevent grid-connected RE capacity from being developed in eastern India. This is one reason why private companies with RE assets in Gujarat and Rajasthan are swarming over eastern distribution companies to get power purchase commitments from them.

The technical reasons for the siting of RE projects are perfectly valid, but the accelerated expansion of RE has serious consequences. RE is likely to gradually substitute coal-based power generation over the next 15-20 years. Yet, few of the employment or manufacturing gains around the rise of RE are projected to benefit states in the coal belt. In the medium to long term, it is quite possible that the expansion of RE will hurt not only coal-based power generation, but also diminish the prospects of coal mining more broadly. In the last few years, plant load factors have plummeted at India’s coal plants as RE generation is accorded must-run status. This has had adverse effects not only on the financial performance of India’s coal plants (which are all debt-financed by public sector banks), but also on the uptake of coal from Coal India (CIL). Last year, CIL was in the unprecedented situation of having excess coal in its stocks and a shortage of buyers.

The Economic Survey 2016-17 highlighted two national trends that may amplify the distributive effects of RE adoption. First, there has been a broad regional divergence in income levels among Indian states; eastern states have generally lagged behind the rest of the country. Second, there has been a sharp increase in redistributive resource transfers to laggard states in the last decade. The adoption of RE and the gradual displacement of coal will likely accentuate income divergence through employment losses and increase resource transfers to coal-bearing states because of lost royalties and tax revenues.

Coal mining and its downstream industries have been an important part of the larger welfare state and fiscal compromise between the Central government and states like Jharkhand, Odisha, West Bengal, and Chhattisgarh. Royalties and taxes from coal mining have supported state budgets for decades, CSR spending from Coal India (CIL) and its subsidiaries have played a big role in the infrastructural and social development of the eastern hinterland, and deep patronage networks have developed around the institutions of coal mining and transportation. In these regions, coal mining not only creates economic activity, but is also a primary axis of political mobilization. The social multiplier of coal-related activity extends well beyond the direct employment of the industry. Consequently, it is not surprising that there has been major political resistance from this region whenever the topic of de-nationalizing CIL is broached.

The RE vs. coal debate in eastern India reflects a larger problem in the Indian investment scenario: private capital herds toward states with fewer governance problems, better business environments, and higher probabilities of quick returns (eg. Gujarat, Maharashtra, Andhra Pradesh). Consequently, it falls to the public sector and state-owned enterprises (SOEs) to fill the investment vacuum in states with more adverse business conditions (eg. eastern India). Governance and state capacity rarely change quickly, which means that for the foreseeable future, it is likely that Central SOEs and other forms of redistributive resource transfers will continue to support growth in eastern India.

Two SOE projects are already moving in this direction. First, there is an ambitious plan to bring eastern India onto the national gas grid. Historically, natural gas consumption in India has been restricted to two corridors located around existing industrial clusters on the coasts. Second, PowerGrid has recently increased its focus on eastern India with strengthening schemes across multiple state clusters in the region. If these schemes are to succeed, over a hundred million customers will have to engage with power and gas markets in ways they have not in the past. This will not happen quickly.

The momentum behind RE is unstoppable. Both cost considerations and environmental consequences point to a major energy transition, not only in India, but globally. But as Arvind Subramanian has aptly phrased the conundrum, “Renewables may be the future, but are they the present?” In his recent lecture at TERI, he outlined various economic reasons why India should slow down on RE deployment in the short-run. But the reasons to go slow on RE are not purely economic; they are also political. Populist backlash to the perceived injustices of hasty energy transitions have contributed to anti-incumbent electoral swings in both America’s and Germany’s coal belt. By comparison, India’s coal belt is considerably more populous and electorally relevant. These regions may react similarly unless the adverse consequences of RE adoption are dealt with. Gradualism has served India well in many other domains—there is no reason to believe that energy is any different.

Rohit Chandra is a doctoral candidate at Harvard Kennedy School.