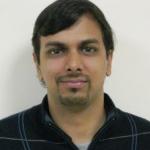 A week ago, cyclone Phailin raged through Odisha and Andhra Pradesh. With wind speeds up to 200 km/h ripping through the countryside, it’s no surprise that electricity transmission infrastructure in coastal areas took a significant hit. Certain districts, particularly in Odisha, are still suffering from major electricity shortages after thousands of distribution poles and hundreds of kilometres of wiring were knocked out of service. However, one potential catastrophe that did not occur in Phailin’s wake was a large-scale grid failure, which could have easily happened if the grid was not consistently monitored and managed. Considerable public consternation after the July 2012 collapse of the Northern and Eastern Grids pointed out the many flaws of the Indian electricity management system. In contrast, the response to Phailin demonstrated one of the best, albeit temporary, instances of inter-agency and intergovernmental cooperation in the electricity sphere.

In preparation for Phailin, there was a huge coordination effort between the Ministry of Power in New Delhi, the Odisha and Andhra Pradesh state governments, state Public Sector Undertakings (PSUs), and several Central PSUs (PowerGrid, NTPC, NHPC). Run out of the National Power Monitoring Centre in Delhi and in collaboration with the National Disaster Management Authority, this effort planned to balance electricity production and consumption to maintain grid stability, provide manpower to repair damaged transmission networks, and restore power supply to affected areas. A week after the cyclone hit, this effort is one of the main reasons why both states have more than 85 percent of their pre-cyclone load back online.

Grid management is a peculiar science. As India’s various regional grids have started integrating in the last twenty years, mainly through PowerGrid’s efforts, the possibility of grid instabilities quickly spreading through large geographical regions has also increased. To prevent this from happening, regional (state utilities and SEBs) and national (POSOCO) system operators are constantly balancing the amount of power generated and the amount of load (aggregate power usage) consuming this same power. The most common ways of implementing such balancing in real time are by telling power plants to adjust their generation output (upward or downward) or by connecting or disconnecting loads from the grid (which is often the cause of load shedding). When this balancing fails, frequency fluctuations tend to arise in parts of the transmission system. If left unchecked, these fluctuations can spread through and destabilize the entire grid. Not only do regional grids need to manage their own systems, but they also need to coordinate with each other and the National Load Dispatch Centre to ensure that instabilities are not passed between grids. This is precisely what happened last summer.

After the July 2012 blackouts, there was much hypothesizing about the reasons behind the grid failure. Some were quick to jump to institutional explanations while others favored purely technical explanations. Many have blamed the overdrawing of electricity by multiple states, but that is a perpetual problem which system operators have been dealing with for the last ten years. Ultimately, the failure came down to three main events. First, the Gwalior-Agra transmission corridor, which evacuates the excess power from the Western Grid to the Northern Grid, was being upgraded by PowerGrid without notifying all the relevant system operators. Second, once the frequency instabilities were detected, the problem could have been resolved by getting generators, particularly in the Western Grid, to temporarily back down their generation. However, such orders come down so infrequently that the generators refused to do so, which exacerbated problems. Finally, as the frequency fluctuations spread throughout the Northern and Eastern Grids, substations should have had automated relays which would have detected the drop in frequency or voltage and automatically cut-off parts of the grid, isolating the disturbance. Most states had such equipment procured, but not installed or activated.

These three events highlight a few major problems that plague the Indian power sector. The first is the federalism of the power sector and power relations that accompany it. Getting state and Centre officials and PSU employees to interact with each other as peers is very difficult. There is a traditional high-handedness that accompanies being higher up the ladder. Unless this barrier is overcome, any kind of long term coordination will be very difficult. The second problem is the ability to enforce and penalize those on the grid for not following the system operator’s orders. Since the discom and the generator are the traditional seats of power in the electricity system, the role of the system operator is often overlooked. Load dispatch centres are often considered glorified accounting bodies and CERC deals primarily with tariff concerns, which means that the responsibility of grid stability is often seconded to financial considerations. This is one of the main reasons why the logic of backing off a profitable power plant for grid stability reasons may have been dismissed. Finally, not having relays installed is more a failure of human capacity than anything else. As energy expert, Surya Sethi put it, “At the heart of the malaise is the failure to consistently appoint professionals with relevant technical competence and proven track records to positions of authority in key economic sectors such as power.”

What remains to be seen is whether the coordination displayed in response to Phailin actually yields any long term institutional results. Responding to a disaster is one thing, but regular tasks like relay installation and informing the neighboring grids when you are planning to upgrade a transmission line are not nearly as urgent or headline-grabbing. Investments in generation and distribution have taken off after private sector involvement in those sectors increased, but transmission investments have lagged behind. Bankrupt state utilities exacerbate this problem. The Ministry of Power’s financial restructuring package may help alleviate this somewhat, but perhaps there should be some added conditionality about the operation and maintenance of state transmission systems. Simply piggybacking on PowerGrid’s efforts and supplying urban consumers should not be tolerated, particularly for states that have been slow to unbundle.

Rohit Chandra is a doctoral candidate studying energy policy at the Kennedy School of Government, Harvard University. He can be reached at rchandra@fas.harvard.edu.