Federalism, Economy, and Welfare in India: Historical Antecedents of Centralism 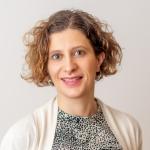 India’s post-colonial constitution introduced a new approach to federalism which was qualified at the time—and has been since—as a diminished or “quasi” form of federalism. India’s federalism was qualified, so the argument went, because it moved away from the idea that federal and regional governments should each have independence in their own sphere of authority, and because it gave the Central government strong prerogatives to interfere in the affairs of States. After a phase of political regionalization between 1989-2014, in which India seemed to be on an inexorable trajectory of deepening federalism, the election of the Narendra Modi-led BJP government—with an outright parliamentary majority at the Centre—has returned the centralizing potential of India’s constitution into fuller view once more.

Here, I explore the historical antecedents of India’s distinctive form of federalism. As Madhav Khosla recently argued, India embarked on a remarkable path of constitutional innovation alongside democratization in the mid-twentieth century, the significance of which was “paradigmatic” for the twentieth century. The significance of the Indian model of federalism designed in this period was no less paradigmatic. By returning to the historical antecedents, it is possible to see that Indian federalism was not a diminished form of an earlier form of federalism, but rather a new form of federalism intended to meet the challenges that India faced at the point of Independence from colonial rule.

It has often been argued that India’s centralism derives from the concern of the Constituent Assembly to hold the nation together following Partition. Khosla adds to this the argument that the centralizing tendencies of India’s constitution were also a constituent part of its project of democratization, with a strong central authority crucial to the project of liberating individuals from local patterns of dominance. Building on my research for a book on the history of state and welfare in India, as well as longer standing work on Indian federalism, I explore here some of the political economy factors that also influenced the choice of federal design in India. Specifically I will suggest that distinctive elements of Indian federalism were shaped at their origins by the desire among sections of Indian capital, labor leaders, and nationalist politicians to build a national economy, overcoming the risks that inter-provincial economic competition posed to industrial development at the all-India level.

By the early twentieth century, inter-provincial competition within India’s cotton textiles industry—its largest industrial sector, alongside jute—had intensified a “race to the bottom” in labor costs and conditions. Operations became increasingly unprofitable in the oldest center of India’s textile industry, Bombay City, where industrial unrest grew in protest over wage cuts, lay-offs and attempted “rationalization.” As some employers, labor leaders (including B. R. Ambedkar), and politicians in the Indian National Congress responded to worsening industrial relations, they pushed—in different ways—for a centralized state that would enable the coordination of labor policies and social security that could be applied at an all-India level rather than imposing greater costs on employers in some regions but not others. Competition from lower-wage regions reduced the space for individual provinces, such as Bombay, to experiment with policies such as contributory social insurance—emanating from the new International Labor Organisation—that would impose additional costs on local employers.

As I show on the basis of archival research, both the Government of India Acts 1919 and 1935 were amended at the eleventh hour under pressure, respectively, from the International Labor Organisation and the British Labor Party (pushing the views of India’s National Trade Union Federation) to ensure scope was preserved for the national coordination of labor policy by including this within what became the concurrent list of the constitution. This took place to the consternation of the colonial authorities who repeatedly avoided national industrial and labor policies, preferring a decentralized laissez-faire approach rather than an interventionist one. By the early 1940s, these constitutional provisions had been accompanied by the establishment of national labor conferences, the precursor to a standing tripartite committee of employers, labor, and the state to negotiate industrial relations and labor policy at the Centre.

When the Constituent Assembly went on to draft a constitution that based its division of powers on the Government of India Act, 1935, this was not a simple appropriation of a colonial constitutional blueprint nor the adoption of a diminished version of federalism. India’s constitutional architects deliberately adopted a variant of federalism that was suited to the political and economic conditions they faced in the mid-twentieth century. In its choice of a centralized federal design, India sought to pre-empt some of the collective action problems that were arising in decentralized federations, such as the US or Canada, where pressure for more comprehensive welfare states was growing but inter-state competition hindered the adoption of policies such as unemployment insurance or pensions that would increase labor costs in one region but not others.

The antecedents of centralism in Indian federalism are not merely a subject of historical debate. They matter today because they continue to shape the context within which national and regional political power and policy-making authority are asserted and contested. Ironically, perhaps, the Narendra Modi-led BJP government has in some ways turned on its head the vision of centralism as an enabling force for coordination of policy at the all-India level. The Modi government has encouraged State governments to deregulate and amend central labor laws governing the small but politically mobilized organized sector, as a means of overcoming decades-long obstacles to labor law reform at the national level. Simultaneously, however, the Central government has centralized the design and credit claiming for welfare and direct benefit schemes for the unorganized sector that State governments had previously played a key role in shaping and implementing. These twin approaches weaken the Center’s regulatory role in preventing a “race to the bottom” in conditions for workers, while also lessening the incentives and ability of State governments (especially those ruled by opposition parties) to cooperate with the Center in improving the delivery of welfare programs for the unorganized sector. But the very fact of these Center-State entanglements in the welfare field reflects the deliberate choices of the architects of the Indian constitution, who saw that welfare should be the preserve neither of the Center nor the States alone.

This article is the first in a set of guest-edited IiT short series. The articles in this series seek to make sense of the many manifestations of political and economic centralization in India today, with a particular focus on the historical antecedents of India’s federal institutions and how greater centralization in these institutions is altering state-business relations, India’s welfare architecture, as well as electoral competition. In 2019, the Bharatiya Janata Party (BJP) returned to power with a thumping victory, winning 303 out of the 543 seats in the Lok Sabha. This marked the first time since 1984 that a single party won a majority of seats in back-to-back national elections, and the first time a party other than the Congress Party achieved this feat. This massive electoral mandate given to the BJP and Prime Minister Narendra Modi has evidently ushered in a period of nearly unprecedented political and economic centralization. Recent months have seen a rapidly deteriorating relationship between the Centre and many states in India, so much so that author Louise Tillin has referred to the current situation as “a defining moment for the future of Indian federalism.”
(Guest Editor: Neelanjan Sircar, CASI Fall 2021 Visiting Scholar; Senior Fellow, Centre for Policy Research)