"From Modi to Mamata, How Did Indian Politics Become so Dependent on the Cult of Personality?" Neelanjan Sircar. Scroll.in, February 3, 2022

"The Numbers Game: An Analysis of the 2014 General Election," Neelanjan Sircar. India in Transition, June 16, 2014

"In Defense of the Indian Voter," Neelanjan Sircar. India in Transition, February 10, 2014

The Roots of Political Centralization in India 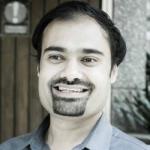 In January 2022, Kunwar Ratanjit Pratap Narain Singh (RPN Singh), a former member of parliament (MP) with the Congress Party, defected and joined Congress’ archrival, the Bharatiya Janata Party (BJP). But this wasn’t any ordinary party member. Singh had been a member of legislative assembly (MLA) many times with Congress, a union minister with the party, a former president of its youth wing, and was perceived to be close to former Congress president Rahul Gandhi. Across the world, especially in consolidated Western democracies, defection from such core members of a major party is extraordinarily rare.

However, this kind of party defection is woven into the political culture of India—so much so that it is popularly referred to as “aaya Ram gaya ram” politics, a reference to Gaya Lal’s frequent party shifts in 1967. In the last five years, 417 MLAs or MPs (9 percent of the 4,664 legislative seats in India), have switched parties and re-contested the election. Such high rates of defection and “floor crossing” are also seen in other developing world democracies like Brazil and South Africa. This lack of filiality among a party’s legislators and members is what I refer to as weak partisan attachment in India.

While recent scholarly attention has been focused on economic and political centralization under Prime Minister Narendra Modi, I wish to show that political centralization is a natural response to the weak partisan attachment that is endemic to Indian politics. In particular, creating a direct political connection between the political leader of a party and voters, through centralization of political attribution, minimizes the negative electoral consequences of party defection. In fact, it was the regional parties in India that were the first to engage in such extreme political centralization, and Modi is, himself, a successful chief minister from the Indian state of Gujarat. In this sense, the current moment represents a “regionalization” of national politics—i.e., the introduction of regionalist modes of politics into national politics.

Centralizing Politics
By the 1990s, as Congress’ once impressive party machine began to crumble, a number of regional parties began to show electoral success. A quick calculation shows that the effective number of parties (ENP)—the inverse of the sum of the squared proportion of seats held by each party—for MLAs at the state level would grow from around four in 1986 to over eight in 1996. Among the most successful new parties were the Janata Dal (Secular), Janata Dal (United), Nationalist Congress Party, Rashtriya Janata Dal, and the Trinamool Congress. Notably, many of these new regional parties were essentially “family-owned firms” in which the control of the party rested with the founder and her or his family. How can we explain this retrenchment when the weakening of the Congress Party should have made for a more democratic politics?

When potential legislators display weak partisan attachment, new parties with little brand value are particularly susceptible to party defection from individual candidates. Consequently, new parties are particularly wary of building upon the popularity of individual candidates if they are to cultivate a stable party vote share. In such a scenario, the optimal strategy for a new party is to centralize “political attribution” so that there is a direct connection between the voter and the leader of the political party—so that each individual candidate has minimal impact on the party’s appeal and electoral outcomes. This is often done through mobilizing state and media resources, in addition to the party organization, in order to deify the head of the political party.

While this is well-established in state-level elections, similar phenomena are now being observed with the BJP and Modi at the national level. As I have argued elsewhere, the key implication of this mode of politics is that the popularity of a political party hinges on the perceived integrity of its leader rather than delivering on policy outcomes and promises. Thus, the form of political centralization we observe is the antithesis of a model in which citizens hold their direct representative accountable for the quality of economic performance.

Technological Change, Welfarism, and Centralization of Political Attribution
The centralization of political attribution has been significantly aided by technological change in the ability to provide direct targeted transfers to citizens. In particular, this new welfare architecture has made it easier to centralize political attribution by branding welfare delivery around the political chief of the party in lieu of more local actors.

This has occurred through two key policy and technological changes in the Indian context. First, the universal identification program in India (Aadhar) and the proliferation of jan dhan bank accounts to integrate the Indian population into the formal banking system have ushered in a system in which the government can efficiently initiate direct benefit transfers into bank accounts for many government schemes. This effectively bypasses local intermediaries and other local actors who may otherwise claim credit for economic delivery. This greater focus on direct targeted benefits is core to what Arvind Subramanian has termed the “public provision of essential private goods and services.” Second, through a bevy of innovations in branding, carried out through carefully targeted advertising, media management, and control over the party organization, the party leader is able to more efficiently claim credit for welfare delivery than ever before.

Interestingly, this centralization is occurring in parallel to a vibrant system of local political intermediaries who negotiate access to the state on behalf of citizens. In order to make sense of this apparent contradiction, it is important to note that India is widely seen as a “weakly institutionalized party system” in which the basis for connections between voter and party are not strongly ideological in nature but rather rooted in economic delivery. This doesn’t mean there aren’t discernible ideological dimensions in Indian politics, only that these ideological cleavages may not be determinative of party competition and candidate selection. However, budget and welfare allocations are decided in a centralized manner in India by party and government leadership. These technological innovations have generated a closer relationship between allocation decisions and credit-claiming, creating more centralized political attribution.

Furthermore, party tickets are still distributed in a highly centralized manner decided by party leadership (there are no primaries for any major party) and thus, the renomination of candidates is subject to the larger aims of the party leadership. This means that irrespective of local performance, centralized parties with “low intra-party democracy” are generally unlikely to renominate the same candidate to prevent entrenchment of local power. Indeed, in the 2014 Indian national election in which Modi came to power, a sitting member of parliament had only a 53 percent chance of being renominated to stand again for election. Even if renominated, an incumbent had just a 50 percent chance of being re-elected for an overall incumbency rate of 27 percent. This pattern is true at the state level as well. In India’s largest state, Uttar Pradesh, the proportion of first-time MLAs has been at least 60 percent in each election since 1977, with 78 percent of MLAs being elected for the first time in the most recent state elections. These processes ensure that local leaders cannot divert political attribution from the central leader.

Neelanjan Sircar is a Senior Fellow at the Centre for Policy Research, New Delhi. He was a CASI Fall 2021 Visiting Scholar and a Postdoctoral Research Fellow from 2013-15.

This article is the third in a set of guest-edited IiT short series. The articles in this series seek to make sense of the many manifestations of political and economic centralization in India today, with a particular focus on the historical antecedents of India’s federal institutions and how greater centralization in these institutions is altering state-business relations, India’s welfare architecture, as well as electoral competition. In 2019, the Bharatiya Janata Party (BJP) returned to power with a thumping victory, winning 303 out of the 543 seats in the Lok Sabha. This marked the first time since 1984 that a single party won a majority of seats in back-to-back national elections, and the first time a party other than the Congress Party achieved this feat. This massive electoral mandate given to the BJP and Prime Minister Narendra Modi has evidently ushered in a period of nearly unprecedented political and economic centralization. Recent months have seen a rapidly deteriorating relationship between the Centre and many states in India, so much so that Louise Tillin has referred to the current situation as “a defining moment for the future of Indian federalism.”
(Guest Editor: Neelanjan Sircar, CASI Fall 2021 Visiting Scholar; Senior Fellow, Centre for Policy Research)