"A Tribute to the Indian Voter," Neelanjan Sircar. The Hindu: Business Line, February 10, 2014

In Defense of the Indian Voter 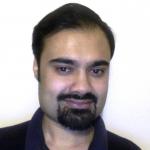 As the Lok Sabha elections draw near, the focus is back on the Indian voter. Media, scholars, and policymakers often perpetuate the erroneous view that the Indian voter is relatively unsophisticated, responding only to short-term benefits and thus can be easily manipulated. Consider, for instance, the recent calls by the Election Commission of India (ECI) to ban opinion polls in the run up to the election for fear of undue influence, or the constant media stories of vote bank politics and government sops. This dismal view of the Indian electorate stems from the latent assumption that India, with its unique challenges, from severe poverty to rigid social hierarchies, is simply incapable of sustaining a stable, mature democracy.

It may be tempting to buy into this narrative, but there is plenty of evidence to the contrary. For all of the carping about government sops, there is little indication that they have much influence on electoral outcomes. In fact, Indian MPs face an “incumbency disadvantage.” In the post-1991 period, economist Leigh Linden has estimated that incumbent MPs who run for re-election are actually 14 percentage points less likely to win the election as compared to similar non-incumbent candidates. If sops are really so effective at swaying the electorate, one should expect to see incumbents that are more likely to hold onto power. Furthermore, increasing alternation of power, in both party and candidate, suggests that politicians are becoming beholden to the interests of the Indian voter, not the other way around.

Similarly, there is little evidence linking opinion polls, or media biases more generally, to electoral outcomes. If media agencies truly bring their own partisan biases into an opinion poll, then there is no reason for opinion polls to be consistent with each other, weakening their aggregate influence. Even when opinion polls do agree, voters don’t necessarily follow the script, as evidenced by dramatic underestimates of Congress’ support in the 2004 and 2009 Lok Sabha elections.

The truth is that the average Indian voter is neither bought off nor easily swayed. This is not to say that some segment of the population inevitably falls prey to manipulation. However, there is little data to suggest that these manipulations constitute a big enough phenomenon to affect larger trends in the political system.

Indeed, India has developed into a remarkably stable democracy. India is one of just thirty-three countries that have been continuously democratic since 1977, as judged by political scientist Arend Lijphart, based upon measures of democratic freedom. The average per-capita GDP of these thirty-three countries is $33,464. India is, by far, the poorest country and the country with the lowest literacy rate in this set, with a per-capita GDP of $3,843 and a literacy rate of 73 percent.

Many scholars claim that a financially well-off and educated electorate is necessary for a well-functioning democracy. The basic argument is that citizens must be educated enough to make intelligent decisions over complex political choices, and financially self-sufficient enough to resist overtures from a wealthy elite. But India is an outlier on this front. So then, what explains the independence of the Indian voter?

First, Indians enjoy a truly secret ballot. According to the 2009 National Election Study (NES) conducted by CSDS, only 13 percent of respondents believe that local politicians can usually figure out how people vote in the polling booths. This is crucial because if local leaders cannot directly monitor the votes of citizens, then the receipt of benefits cannot be conditioned upon vote choice; that is, under a secret ballot, voters are free to vote for whomever they wish irrespective of receipt of benefits. Indeed, the NES shows that, of those expressing an opinion, 71 percent of respondents feel that people vote as they wish even if they receive benefits.

Second, Indian voters have devised methods to access a variety of information about the political system, as well as draw intelligent conclusions based upon this information. In addition to the dramatic increase in exposure to the news media over the past few decades, citizens are also regularly exposed to political information in daily interactions on the train or bus, or at the tea stall. Today, Indian voters are expected to sort through a huge amount of information, often biased and contradictory in nature.

In order to make sense of this volume of information, voters turn to personal networks, especially family. According to the NES, among those who consult other opinions in deciding whom to support, 60 percent rely primarily on family members. The family is the natural arena to discuss politics and coordinate voting behavior since family members are typically dependent upon each other and share common political preferences. Discussion within the family allows voters to pool information together, consult with more informed family members, and collectively reason through their interests. The primacy of family in Indian voter behavior has been known for some time. A wide-ranging study of the 1967 and 1971 general elections, commissioned by anthropologists M.N. Srinivas and A.M. Shah, noted families tended to vote together and that family, not caste, was seen as the overriding loyalty for voters. Most importantly, the collective wisdom of the family helps mitigate difficulties posed by lack of education.

Despite protestations to the contrary, India has developed into a stable, mature democracy. Voters have shown themselves to be both independent and capable of understanding and expressing their interests through the polling booth. This is quite remarkable when one considers the sheer social and economic challenges involved in creating a well-functioning democracy in India. Of course, problems still remain.  Widespread corruption in the political classes is well-documented, and the rise of criminal legislators is cause for concern. If the meteoric rise of the Aam Aadmi Party has shown us anything, it is that the voters can effect great change when they put their minds to it. We just need to trust them to make the right decisions.