"The Truth About Inequality in India," Sanjoy Chakravorty. The Hindu: Business Line, October 9, 2018

Sanjoy Chakravorty, The Truth About Us: Information and Society from Manu to Modi, New Delhi: Hachette, forthcoming 2019

"Is Inclusive Growth Possible in India? The Challenge of the Agricultural Sector," Sanjoy Chakravorty, S. Chandrasekhar, and Karthikeya Naraparaju. India in Transition, January 1, 2018

"How to Design the Next Land Acquisition Law," Sanjoy Chakravorty. India in Transition, April 6, 2015

"Adding Fuel to the Fire: Political Parties and the Struggles Over Land Acquisition," Sanjoy Chakravorty. India in Transition, June 20, 2011

Ignorance is Bliss: The Truth About Inequality in India 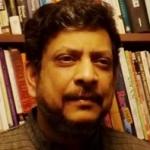 Like a recurring rash, a little war of words has broken out in the media and Twitterverse about the extent of inequality in India and whether it is growing. The catalyst this time is the publication of James Crabtree’s book The Billionaire Raj. The same thing happened last year when Luke Chancel and Thomas Piketty published their paper “Indian Income Inequality, 1922-2015: From British Raj to Billionaire Raj?” Both are solid contributions that agree on one thing—economic inequality in India is very high and increasing because of the rise of a super-wealthy class. As a result, inequality of income in India is the highest it has been in the modern period. Roughly the same conclusions can be drawn from the regular reports on wealth that come out of Credit Suisse and Oxfam.

Predictably, there are intellectuals who deny this. They include influential people across ideological lines, like Montek Singh Ahluwalia, Jagdish Bhagwati, and Surjit Bhalla. The denials generally come in two forms. First, there is distraction: inequality is not important in India; look at poverty instead, or satisfaction surveys, or anything other than media exaggerations. In short, don’t look here, look elsewhere. Second, there is quibbling over methodology. The methods used by those who find high and increasing inequality are said to be problematic. Using “proper” methods, the argument goes, it can be shown that inequality in India is low to moderate and increasing slowly, if at all.

Given the breadth of these issues, I will focus on a single aspect of the methodological critique here. I argue that it is impossible to know the truth about inequality in India—how much there is and whether it is increasing—because the data does not exist to measure it and probably won’t for a very long time. There are no, and I mean no, government data on income and utterly inadequate data on wealth. The most credible data show very high and increasing inequality, at levels and rates that are among, if not the highest in the world. Even these, the more reasonable calculations, underestimate the extent of income and wealth inequality in India.

The main reason we do not know the true level of inequality is that the upper tail of the income/wealth distribution in India is inscrutable. As I show below, survey data are useless. Surveyors are never able to enter the houses and gated apartments in which the Upper and Proto Upper Class live and ask them about their income or wealth. Even if by some miracle some survey did manage to do so, there is no reason to expect that they will be told the truth. Therefore, all arguments on inequality based on survey data are futile, like measuring the depth of an ocean with a dipstick. Tax data do provide some information (and analysts like Chancel and Piketty do the best they can with it), but they cover a small proportion of the population and are notoriously prone to…let us say, “understatement.” Since the extent of inequality in any society is driven by the heft of the upper tail, the fact that there is little reliable information on it means that we are in the dark about the truth of inequality in India.

Consider a few examples of the limitations of the data we fight over. First of all, the government of India does not collect income data. It collects expenditure data. That is, not how much people earn, but how much they spend. For the 2011-12 round (the latest for which data are available), the highest spending group in the NSSO sample was, understandably, the top five percent of urban India. The expenditure of this highest-spending group averaged Rs. 123,000 per year (less than USD $2,300). This is patently absurd. For income, the only reliable nationwide data are believed to be those collected by the India Human Development Survey (IHDS). In the IHDS 2004-05 survey, the individual with the highest income out of about 43,000 families earned less than Rs. 2.2 million per year (USD $48,000 at the time). This, too, is not believable. It seems obvious that the IHDS survey missed the top one to two percent of earners. The NSSO expenditure surveys missed even more, perhaps the top five percent entirely.

The wealth data are just as problematic. They come from the All India Debt and Investment Survey (AIDIS) of the NSSO. There is a big problem with how the AIDIS values land, which makes up 85 percent of wealth according to their calculations, but let us not get into that here. Let us focus on the fact that India’s official wealth survey has no information on India’s wealthy. For example, in the period that the Indian stock market boomed (the last decade), the AIDIS data show that the weight of shares/stocks actually went down to 0.13 percent (one-tenth of one percent) of total wealth in its survey sample. This is simply not credible. Given that the market capitalization of all stocks on the BSE had almost equaled the country’s gross domestic product in early 2018 (Rs. 135 trillion in stocks compared to Rs. 150 trillion in GDP), the AIDIS sample clearly missed the entirety of the Upper and Proto Upper Class; that is, people who own stock. Despite that, the calculations of wealth inequality by outfits like Oxfam and Credit Suisse are among the highest in the world.

If the income and wealth of the total population are unknown, it is inevitable that those of its subpopulations (the religions, castes, and tribes) are also unknown. Which means that decades of social policy and conflict on reservations are based on little to no information on their material effects. The best available evidence is flawed because it has no information on the upper tail, but even that flawed information shows that the gaps between “forward” and “backward” castes are large and growing, and that Jains (and to a lesser extent Sikhs and Christians) and “forward” caste Hindus are the prime beneficiaries of the economic growth of the last three decades.

An explanation is needed. Why would a nation that appears to care much for economic and social inequality—a concern that is demonstrated openly in its policies and politics—care so little to find out how much inequality there is or whether its supposedly progressive redistributive policies are working? That is, whether reservations and other social policies are doing the job they are meant to do? Whether the benefits of economic growth are reaching all social groups more or less equally? Whether the post-liberalization growth of the economy has been “inclusive?” The fact that we do not know the answers to these questions raises the larger question: Why do we not know the answers? Why remain in this state of ignorance? What purpose or whose agenda does this ignorance serve? Is there a deep conspiracy at work or is there something about the nature of information or the nature of politics that explains this curious absence of what should be vital political information?

I take up these questions in a forthcoming book (The Truth About Us: Information and Society from Manu to Modi) and suggest some new ways of thinking about them. It is likely that the nature of inequality information may have a lot to do with ignorance about it. As it is currently available, it may be too complicated to use. The right kind of inequality information—that is simple, at the right scale, and usable by non-experts—is not available. At the same time, the absence of usable inequality information allows every interested party to make whatever claim they wish to make. It is convenient for them to not have the facts because the absence of facts allows them to appeal to whatever constituency they wish to target. Ignorance on inequality is political bliss for all.

Sanjoy Chakravorty is Professor of Geography and Urban Studies at Temple University, Philadelphia, and a CASI Non-Resident Visiting Scholar. He has written books on inequality (Fragments of Inequality: Social, Spatial and Evolutionary Analyses of Income Distribution), land (The Price of Land: Acquisition, Conflict, Consequence), industrialization (Made in India: The Polical Geography and Political Economy of Industralization), and the diaspora (The Other One Percent: Indians in America).