Adding Fuel to the Fire: Political Parties and the Struggles Over Land Acquisition 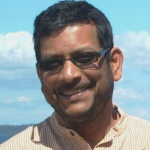 Nandigram. Singur. Posco. Yamuna Expressway. Jaitapur. Maha Mumbai. Anyone who follows the news in India knows these names as sites and projects where land acquisition efforts have run into serious trouble. But who has heard of Hukkeri in Karnataka, Nanded in Maharashtra, Lower Penganga Valley in Andhra Pradesh, or Mahuva in Gujarat? Each of these is also a site of a land acquisition process facing resistance. But there have been no shootings, no one has died; so there is less drama, less visible conflict, and few cameras.

Why? What distinguishes the first group from the second? It’s not the size of the acquisition, nor is it the location. I suggest, instead, that a local resistance to land acquisition becomes a national event when a major political party sides with the resistance and ratchets up its intensity and visibility. Disputes turn into conflicts. This is a new phenomenon in Indian politics.

Land acquisition has a sorry history in independent India, in which, by various accounts, between twenty and sixty million people have been evicted for development projects. It would seem that political parties should have been interested in the issue long ago, but there is little evidence for it. Political parties have been interested in land reform and land redistribution, but land acquisition – which can be thought of as land redistribution in reverse; that is, taken from the poor and given to the well-to-do – is not an issue that had excited much political interest before the last half decade. This lack of interest is itself interesting and revealing, but there isn’t space here to discuss it.

The recent actions of political parties in the land acquisition process is best described as opportunistic; generally a party is in favor of land acquisition in its geographical domain of power and against it in geographical domains where it is not in power. There are minor variations from this dynamic, but these do not invalidate the basic fact of inconsistent opportunism, as evidenced by various examples.

The Congress Party, ruling at the head of the United Progressive Alliance (UPA) from 2004, is the author of the SEZ (Special Economic Zone) Act of 2005, which may be the pivotal event that set in motion the ongoing conflicts over land. Presumably, the Congress believes that land acquisition to enable land use change from agricultural to non-agricultural uses enhances national welfare. Yet, the Congress is generally perceived to be the main hurdle for the Posco and Vedanta projects in Orissa because the state government is an opposition alliance; the Biju Janata Dal (BJD) with the support of the Bharatiya Janata Party (BJP). The Congress, especially Rahul Gandhi, has also been a vocal and visible supporter of farmers agitating against land acquisition for the Yamuna Expressway, a pet project of Mayawati, the leader of the Bahujan Samaj Party (BSP) and a wily political opponent in Uttar Pradesh. At the same time, the Congress government in Goa has turned against the SEZ policy – it is the only state to abandon it – because of vociferous local opposition to major and minor land acquisition projects.

The BJP, as expected, is strongly in favor of the Posco project in Orissa. However, the BJP and the Shiv Sena, its principal ally in Maharashtra – where an alliance of Congress and the Nationalist Congress Party (NCP) have been in power for much of the decade – joined hands (belatedly) with a civil society campaign to stop the Maha Mumbai SEZ in Raigad. Maharashtra has about 150 approved SEZs, and the BJP-Shiv Sena alliance has made it clear that opposition to SEZs and land acquisition is going to be its major political plank in the next election. In April 2011, the Shiv Sena took the lead in a violent agitation against the Jaitapur nuclear power project in Ratnagiri district. Yet, at the same time, in Karnataka, where a BJP-led alliance is in power, the local branch of the party and its allies – including the Vishva Hindu Parishad (VHP) – have begun resisting the Mangalore SEZ, which it views as a central government project in its own state.

The inconsistencies are nowhere as apparent as in the actions of the Communist Party of India: Marxist (CPM), a party once identified with Operation Barga, the most successful land reform policy in the country. Two of the best-known events of botched land acquisition have taken place in West Bengal (Nandigram and Singur), a state ruled for over three decades straight by a Left Front led by CPM, until it lost the state assembly election in May 2011. In both instances, the leadership of the political resistance was provided by Trinamool Congress (a temperamental ally of the Congress Party at the centre), which was successful in leveraging this resistance to a victory in the state assembly. Less well-known are the attempts of the CPM in Kerala to forcibly acquire land for information technology parks without meeting the minimum legal requirements. In every other state, and in parliament in Delhi, the CPM is consistent in its opposition to land acquisition for SEZs and private interests.

There is no doubt that these positions and actions of the leading political parties in the country are troublingly opportunistic, but to focus on these hypocrisies would be shortsighted. It matters little as to what specific position is taken in a particular local or regional context by a particular political party. What matters is the organizational strength, the numbers (of people and money), and the visibility a major political party brings to a cause. These can be transformative. Relatively low intensity disputes can turn into highly visible and violent events. The Singur story is a case in point. One must question whether it would have turned out the way it did if the Trinamool Congress had not made Singur a political battlefront. Singur may be an extreme case, but there is little doubt that the entry of political parties, however late and however selective (because not all disputes receive party attention), significantly distorts land acquisition disputes.

The UPA government is trying to shepherd a new land acquisition bill through this parliament’s monsoon session. The bill must not only find ways to avoid the historic injustices done by the state in land acquisition, but create instruments to defang both the state and the political parties. This will require a new institutional setup: giving good information and land prices to the affected people, and getting political and civil society consent on large acquisition projects. This is all the more imperative in the wake of the announcement this month by the center of an in-principle approval of a new “National Investment and Manufacturing Zone” policy, which appears to be an amped-up Chinese-style SEZ policy. Seems like business as usual, and without a new institutional setup to manage land acquisition – which is not envisioned in the bill – we can expect the usual suspects to act in their usual opportunistic ways.

Sanjoy Chakravorty is Professor of Geography and Urban Studies at Temple University. He is a CASI Visiting Scholar and is currently working on a new book titled The Price of Land. He can be reached sanjoy@temple.edu