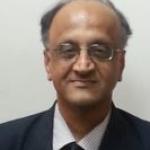 The results of the five recently concluded elections to the state assemblies—Uttar Pradesh (UP), Uttarakhand, Punjab, Goa, and Manipur—this past March, the by-elections to ten assembly constituencies across states, and the municipal elections in Delhi in April, in which the ruling Bharatiya Janata Party (BJP) has done very well, have important implications.

In addition to the elections, the changes in political finance passed in the Finance Bill. The amount that parties can accept in cash has been lowered to Rs. 2,000 while the floor for declaring the identities of donors and the amounts donated remains Rs. 20,000. The cap on company donations to parties of 7.5 percent of net profit average of the prior three years has been lifted and companies will also no longer have to declare political donations in their profit and loss accounts. Furthermore, time-limited electoral bonds can now be purchased by prospective donors to parties from scheduled banks and can be given to any party the donor wishes without identifying the party (the party can also cash the bond without identifying the donor).

On political finance—the essential lubricant of elections—the net effects of the recent changes in the rules could be an increased flow of funds to political parties by digital or check payments but without disclosure of donor identities. Indeed, as the Finance Minister said, part of the objective was to protect donor anonymity; the banks will know who bought electoral bonds but not to which party they were given. This is a far cry from transparency and disclosure of donor identities and amounts—standard in most developed democracies—but will boost (opaque) fund flow to parties over the next two years, something about which both parties and donors feel comfortable. We can expect an arms race in fund-raising over the next two years with the ruling party having an edge.

The victories in the state assembly elections, particularly in UP, have greatly strengthened the BJP’s, and National Democratic Alliance (NDA’s), position in the run-up to the mid-2017 presidential elections. The NDA is now only about 20,000 votes short of a simple majority but can potentially get their choice (or a compromise choice) of president elected with the support of potentially friendly parties like the AIADMK of Tamil Nadu, the Biju Janata Dal of Odisha, or the Telangana Rashtra Samithi of Telangana. This will strengthen the NDA’s position in the event of a hung parliament in 2019.

Given recent developments (particularly the BJP’s big win in UP), the composition of the Rajya Sabha will change in favor of the BJP and NDA, although not immediately, and not giving the NDA a simple majority by 2019. A simple majority in the Rajya Sabha is needed to pass bills other than money bills. In 2018, there will be 10 vacancies in the Rajya Sabha from UP, from which the BJP should be able to add 7 to its list. Adding up vacancies across states in 2018 and 2019, and assuming the BJP fares well in the intervening state assembly elections, the NDA tally should rise to a possible 95 (including a seat each in Goa and Manipur, grabbed from the Congress) and the UPA tally should fall to a possible 66 by the 2019 general election. This will still be short of a majority in the Rajya Sabha. The NDA will be dependent on deals done with regional parties to pass legislation and will not be able to think of constitutional amendments without broad cooperation with the opposition.

However, the most interesting and speculated-about implication of the recent state assembly elections is for the outcome of the 2019 general election. The recent state assembly elections—particularly the sweeping 80 percent majority for the NDA in UP and Uttarakhand and the formation of BJP-led governments in Goa and Manipur despite trailing the Congress in seats—have given the BJP a huge psychological boost and left the Congress in a state of despondency over leadership issues despite a handsome victory in Punjab. Does this mean that a BJP majority or even a larger majority is inevitable in 2019? While this is possible (particularly if there is a further swing in favor of the BJP from its current 31 percent vote share), the situation is much more complex when it comes to the parliamentary election due to the nature of the BJP victory in 2014.

If we break down the BJP victory geographically, it is clear that it was based on a regionally concentrated sweep of northern, central, and western India—the nine Hindi-speaking states and two Union Territories, plus Gujarat, Maharashtra, Goa, and two Union Territories in the west. In this region, the BJP won 193 out of 226 seats in the Hindi belt (9 states plus two Union Territories of Delhi and Chandigarh) or 85 percent of the seats, and 53 out of 78 seats in the western region (Gujarat, Maharashtra, Goa, and two Union territories of Dadra and Nagar Haveli and Daman and Diu), or 68 percent and still more if one counts its NDA allies, particularly in Maharashtra and Bihar. This accounts for 246 out of 304 seats or 81 percent in the Hindi belt and western India, not counting allies, a feat that will be difficult to replicate. It won all 26 seats in Gujarat, all 25 in Rajasthan, all 4 seats in Himachal Pradesh, all 5 seats in Uttarakhand, 27 out of 29 in Madhya Pradesh, 10 out of 11 in Chhattisgarh, 12 out of 14 in Jharkhand, and 71 out of 80 in UP. In terms of vote share, it enjoyed a simple majority in Gujarat, Madhya Pradesh, Himachal Pradesh, Rajasthan, and Uttarakhand. However, this sweep allowed for a narrow majority of 282 seats (halfway mark 272) based on a 31 percent vote share, the lowest vote share in Indian parliamentary elections to convert into a seat majority at 1.67 percent seats for every 1 percent vote (the highest such ratio to date). Outside this region, in the south and east states, with the exception of strong bases in Karnataka and Assam, the BJP starts from a low vote share and would require a huge jump in votes to convert into seats.

While the greatly-strengthened BJP might see a further swing in its favor in 2019, what is crucial for its winning a majority on its own again is not just the magnitude of such a possible swing but how it is geographically distributed. If such a swing is limited to its stronghold region, it might result in not winning additional seats, but simply winning already held seats by larger margins, while not picking up many seats in the south and east to compensate for possible losses in its stronghold region where it already holds an overwhelming majority. This would not be easy to replicate, particularly if the opposition forms a grand coalition. It is likely why the BJP is making efforts to expand its base in the southern and eastern states, currently most actively in West Bengal, so as to be able to build a vote share that would make it a credible contender for a large number of seats from these new areas in 2019. Going forward, we should expect to see intensified efforts in this direction.

Eswaran Sridharan is the Academic Director and Chief Executive of the University of Pennsylvania Institute for the Advanced Study of India (UPIASI).