"Why Are Multi-Party Minority Governments Viable in India? Theory and Comparison," Commonwealth and Comparative Politics, Vol. 50, No. 3, July 2012 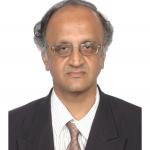 Can coalition governments in India be stable? And if so, can they undertake economic reforms and, more generically, policies that have short-term political costs but only long-term benefits? And if they do so, can they remain stable? The withdrawal from the United Progressive Alliance (UPA) coalition government of its second-largest constituent, the Trinamul Congress of West Bengal led by Mamata Banerjee, in September 2012, over policy announcements of reduction of fuel subsidies to tackle the fiscal deficit and liberalization of foreign direct investment, sharply poses these questions.

In India, there is a tension between maximizing participation and coalition stability. The coalition era since 1989 – particularly since 1996 – has seen a great increase in participation, in that as many as thirty-five parties and five independents, most of them representing a variety of state-specific caste bloc/religious/tribal social constituencies, have participated in the Council of Ministers. From the literature, one would have expected that in a rent-seeking polity minimal winning coalitions that maximize the power (cabinet) share of each coalition partner as well as give the government a majority, would be typical of non-single party majority governments. However, counter-intuitively, all governments since 1989 – all non-single party majority governments – have been minority governments and except two (Chandra Shekhar, 1990-91, and Rao, 1991-96) all have been minority coalitions (dependent on external supporting parties) including the United Front governments of Gowda and Gujral (1996-98), the 1998-99 BJP-led government, the 1999-2004 BJP-led National Democratic Alliance (NDA) government and the UPA I (2004-09) and UPA II (2009, continuing).

However, two of them, NDA and UPA I, and three if the UPA II government lasts its full term, have been stable despite being minority coalitions. What has been the source of their stability? I have tried to explain elsewhere why such minority coalition governments have been formed and have also argued that what are formally minority coalitions actually have the character of surplus majority coalitions. This is what gives them and their leading parties stability. In a nutshell, if one considers not just the parties in government (the executive coalition) but the also the external supporting parties (taken together, the legislative coalition), no party has been pivotal for the NDA, UPA I and UPA II coalitions they are stable as they are, in effect, like surplus majority coalitions. Additionally, some supporting parties are “inter-locked” electorally at the state level with the leading party and are unlikely to pull out of a Central coalition. For example, the BJP and the Akali Dal, Shiv Sena and JD(U), are electorally inter-locked, and in a peculiar way, the SP, BSP and Left with the Congress despite state-level rivalries, as none of them would want to create an opening for the BJP to form an alternative coalition due to both ideological (Left) and state-level rivalries. Hence, the NDA, UPA I and UPA II have been stable.

Regarding the question of economic liberalization, what is the capacity of such minority coalitions to undertake these types of reforms? Economic liberalization involves policies such as fiscal cuts and opening of the economy to international competition that involve short-term costs to actual or potentially organized and mobilized groups such as labor unions and protected industries, but only deferred, uncertain and diffuse benefits. Hence, there are short-term political costs with only long-term and uncertain benefits for a reforming government. In the case of a coalition government, particularly a minority coalition, the issue of stability due to the pullout of coalition partners is a difficult one. Under what type of coalition arrangements might these types of policies become politically viable?

One can tentatively make the argument that if a surplus majority legislative coalition (including governing and supporting parties) of well over 300 (out of 545) seats, is led by a reform-minded leading party in a strong position, enjoying, say, 180-220 seats, with the leading opposition party too small in numbers to be credible as the nucleus of an alternative coalition (say, below 120 seats), the leading party will then be highly autonomous and able to undertake policies that require a longer time horizon, at least in the first half of its term before the electoral cycle turns unfavorable. This is because the leading party would be allied to a number of smaller partners, none being pivotal (by definition, in a surplus majority coalition) to the majority and not able/likely to undertake collective action vis-à-vis the leading party either because they are electorally inter-locked at the state level, because they are at loggerheads, or because there are too many parties needed for collective action, each would-be pullout being very small, or if none of the key supporters are anti-reform.

Looking back, in the case of the NDA, conditions (a), (b), (c), (d) (i) (the Akali Dal, Shiv Sena, JD(U), TDP and INLD were electorally inter-locked in their states with BJP), (d) (iii) and (d) (iv) were met. Therefore, it was able to make some reformist moves, such as disinvestment. In the case of UPA I, (b) and (c) were not met nor (d)(i) or (d)(iv) (the Left being a large chunk of the legislative coalition with sixty-two seats), although (d)(ii) (SP and BSP being at loggerheads) was. The relative weakness of the leading party (Congress had 145 seats) and the size of the anti-reform, statist/populist/rent-seeking parties (Left, SP, BSP) in the coalition made reform very difficult, even if desired. UPA II was somewhat like the NDA in that (a), (b), (c), (d)(ii) (SP and BSP) were met but not (d)(iv) since several statist/populist/rent-seeking parties (Trinamul, DMK, SP, BSP)  were part of the legislative coalition and the Congress itself was not reform-minded in the first half of its term. By the time it became reform-minded in 2012, the electoral cycle had become unfavorable despite other aspects of a surplus majority coalition favoring full-term stability. One could conclude that while a surplus majority legislative coalition can lead to full-term stability for even a formal minority coalition, only a surplus majority coalition with several other critical conditions in place would enable even a reform-minded leading party to undertake policies that have short-term costs but only long-term benefits.

E. Sridharan is the Academic Director of the University of Pennsylvania Institute for the Advanced Study of India (UPIASI). He can be reached at esridharan@yahoo.co.in.