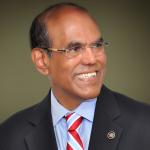 Three years ago, the Indian economy clocked a quarterly growth rate of over 9 percent. Now, growth has slowed to nearly half that rate, printing at 4.7 percent for the latest quarter (October-December 2019). Most estimates place growth for the current fiscal year, ending March 2020, at 5 percent, and for next year, 2020-21, at 6 percent. This is an astonishing slowdown for a country that, until recently, enjoyed bragging rights as the fastest growing large economy in the world.

What explains this growth slump? Although there is a cyclical component, there is now consensus that the problem, at its heart, is largely structural. To understand the structural causes behind the slowdown, it is necessary at first to throw the mind back to the turn of the century when an extraordinary investment boom set India off on an extraordinary growth trajectory.

An important consequence of India’s momentous economic reforms in 1991—lifting controls on production and liberalizing markets—was to unleash the huge reservoir of entrepreneurism that remained pent up for decades. As the economy gradually but surely broke out of the stranglehold of the proverbial “Hindu rate of growth,” entrepreneurs were hungrily scouting for investment opportunities. Meanwhile, a significant, although silent consequence of the reforms was to remove the urban bias that ruled economic management until then, and shift the terms of trade toward the rural sector. Rural incomes went up, pushing up demand for consumption goods which, in turn, pushed up the demand for investment.

This matching of supply and demand for investment was fortuitous; what made it even more so was that it came about at a time when India also entered the world’s consciousness as a software powerhouse. Thousands of Indian engineers were at the frontlines in resolving the much-feared Y2K glitch in computer systems around the world as the calendar turned to a new century. In short order, India emerged as the world’s back office as a counterpart to China becoming the world’s factory. Foreign investors looking to hedge their investments started seeing India as an attractive alternative to China. In a much-coveted nod to India, The Economist at that time commented that India scores over China because of “English, democracy, and a decent legal system.”

As investment boomed, going up from 24 percent of GDP in 2000-01 to an unprecedented high of 38 percent by 2007-08, the India growth story started unfolding with the economy expanding at an average annual rate of over 7 percent during the decade of 2001-10, notwithstanding the global financial crisis. This country of over a billion people, it seemed, had at long last discovered the holy grail to rapid growth, triggering tantalizing speculation about it being India’s turn to be the next growth miracle.

That was not to be.

Things started unraveling around 2010 when investments started crumbling, bad loans mounted, and the financial sector came under stress. In popular perception, this was all a result of crony capitalism. There may have been some of that, but there were several other—and bigger—factors at play.

Importantly, much of the investment went into infrastructure, which was an uncharted territory both for the corporates making the investments and for the banks lending to them. There was irrational exuberance, too, with investors making demand projections, unrealistically assuming that the good times would roll on forever. Supreme Court orders cancelling government allocations of wireless spectrum and coal blocks, and restraining some mining projects added to the uncertainty and delays. Having to fight on several fronts in this general milieu of corruption and scandals, the government went into what was derisively called “policy paralysis.”

Meanwhile, as projects got delayed or derailed, bad loans piled on, stressing the balance sheets of both corporates which borrowed and banks which lent to them, brewing the notoriously complex “twin balance sheet” problem.

The net result of all these negative circumstances was that investment slowed and the structural growth engine petered out after 2010, with growth being driven largely by consumption. It was this economy firing on a single engine that Modi inherited when he first came in as prime minister in the summer of 2014.

Modi had good luck during his first term (2014-19); global oil prices remained soft and monsoons were good, giving spending power to both the government and consumers. The government tested the boundaries of fiscal responsibility to borrow and spend in order to prop up growth. Meanwhile, notwithstanding the negative shocks from the implementation of the nationwide goods and services tax (GST) and the demonetization of high value currency during his first term, private consumption remained the linchpin of India’s growth.

To support their consumption, households first ran down their savings and then resorted to borrowing, largely from non-bank finance companies (NBFCs). In a famously banal comment, Herb Stein, an economist, tellingly remarked, “if something cannot go on forever, it will eventually stop.” That was the case with India’s credit-driven consumption too; stop it did after the ILFS, a large non-bank conglomerate, imploded in late 2018, choking the NBFC credit channel.

With all growth engines ebbing away, the Indian economy nosedived into a perfect storm, and it was this storm that greeted Modi as he assumed office for a second prime ministerial term in the summer of 2019.

What the economy needs for a sustained turn around is to kickstart private investment and what needs to be done to engineer that is quite clear. Resolving the twin balance sheet problem is necessary, but not sufficient. The government also needs to implement deep rooted structural and governance reforms.

Many of these things are politically difficult. But that’s the reason we elect strong leaders with big mandates—to do the politically difficult things. Jean Claude Juncker, the former president of the European Union once lamented that “we all know what to do, we just don’t know how to get re-elected after we’ve done it.”

Modi, with arguably the strongest political capital for any Indian leader in decades, has the challenge and opportunity of proving Juncker wrong.

Duvvuri Subbarao is a CASI 2019-20 Distinguished International Fellow and the former Governor of the Reserve Bank of India (2008-13).