National Advisory Council: Note on Recommendations for a Central Law for Protection of Livelihood Rights and Social Security of Street Vendors

"A Historian Among Anthropologists: Comments on 'Politics of Archiving',"Ritajyoti Bandyopadhyay. SpringerLink

A Critique of the National Policy on Urban Street Vendors in India, 2009 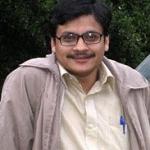 Street vendors occupying public spaces such as pavements, parks, and thoroughfares, and thereby appearing to deny access to their “rightful” users has been, over the years, a highly contentious issue in major cities across the globe. Addressing the problem of “hawking” generally involves a range of complex and interlinked issues such as the informal economy, rural-urban linkages in commodity production and marketing, survival of the urban poor, urban renewal and middle-class politics, changing street cultures, shopping as well as selling behavior, and commodity circulations.

Features of the National Policy
The National Policy recognizes street vending as an integral part of the urban retail trade and distribution system. It aims at giving street vendors a legal status. Each street vendor will be registered under the supervision of a Town Vending Committee (TVC), headed by the respective municipal commissioner, and given an identity card with a code number and category.

The National Policy recommends that the municipal authorities in the cities provide for the street vendors a range of civic services such as provisions for solid waste disposal, public toilets, electricity, water, and storage facilities. In exchange, the TVCs will collect a registration fee and a monthly maintenance charge, depending on the location and type of business of the vendor.

Other important initiatives under the National Policy include providing access to credit, skill development, housing and capacity building, health care benefits, and pension schemes for street vendors.  However, if compared with the draft policy of 2004, the revised document of 2009 makes a significant omission with regard to the protection of street vendors from the existing repressive Municipal laws.

The National Policy, 2009 introduces three zonal categories, namely, “Restriction-free Vending Zones,” “Restricted Vending Zones,” and “No-Vending Zones.” These are central to many other key elements of the policy such as the pivotal function of the TVCs, the process of registration and record-making, and the modalities of eviction. The National Policy declares that one of the pivotal functions of the TVCs will be to come up with city-specific zoning laws on the basis of consensus among stakeholders. In demarcating vending zones, the TVCs will maintain a proper balance between the usable space and the number of vendors without compromising the issues of traffic, public health, and environment. For this, a digitized demographic database (archive) will be created in each city by trained professionals on street vendors. This will also help the TVCs to issue registration certificates, identify the trespassers, curb spatial and other aberrations, collect taxes, provide civic facilities, and introduce welfare schemes. This means that at least in the context of the National Policy, legalization involves the privileging of some activities as legitimate and branding of some others as illegitimate, deserving punishment and eviction. What makes street vending simultaneously legitimate and illegitimate? It is again predominantly the spatial laws, a certain obedience to it makes street vending a constitutionally guaranteed right of the poor to eke out a living, while a violation of it leads to fines, confiscation, and eviction.

A Critique
While most of the states agreed to bring the street vendors in the fold of some sort of social security mechanism, they differed in defining the non-vending zones and in determining the composition of the TVCs. Much of current discussions on the National Policy in the policy and activist circles in the last couple of years have been centered on two important issues. First, many street vendors’ associations have questioned the limited possibilities of stake-holder participation in the TVCs that are, in many states, heavily populated by high level state executives. Second, concerned activist groups have also questioned the city specific legal frameworks under which any street vendor policy is to work. In the state of West Bengal, for example, street vendors are implicated in the repressive Municipal Corporation Act (1951 and 1997). Section 371 declares that street vending is a non bailable and cognizable offense. Recently, the National Advisory Council (NAC) came up with a “Note on Recommendations for a Central Law for Protection of Livelihood Rights and Social Security of Street Vendors.” The NAC’s note aptly pointed out that in order to implement the National Policy, 2009, the existing legal provisions under the Indian Penal Code and other municipal laws in various cities would have to be amended in favor of street vendors.

The National Policy does not provide a guideline for the states to handle surplus labor force in the sector. For this reason, the National Policy should be linked with a larger employment generation scheme led by the state. Again, in the absence of any clearly specified law safeguarding the vendors, the implementation of spatial restrictions and the registration mechanism will give the governments an informal flexibility to favor powerful lobbies and local-level regime functionaries. This may cause a series of brutal internal displacements.

The current draft of the National Policy is more spatial than social. It does not, for example, pay attention to the internal hierarchies within the street vending sector. It does ensure that more than 40 percent of the members of TVCs are from the street vendors’ associations. But, it remains silent on the fact that only a meager proportion of street vendors in India fall under the fold of unions. Who will represent such a large number of non-unionized street vendors in the TVCs? The National Policy, then, seeks to institutionalize a certain form of participatory exclusion.

In 2010, the state of West Bengal came up with the “West Bengal Street Vendor Policy” that proposes to declare the one hundred meter radius of all busy street crossings in the city of Kolkata as non-vending zones along with the immediate vicinities of hospitals, schools, colleges, offices, and heritage buildings. I would argue that such a statement in the policy document deserves close scrutiny and vigorous public debate. The idea of a non-vending zone is premised only on the perceived connection between street vendors and traffic congestion in the street crossings. The argument is that since street vendors concentrate only at the crossings, pedestrians feel obstructed and they leave safe and secure pavements to walk on the streets. As a result, they become vulnerable to accidents and their movement impedes vehicular traffic. Pedestrians walking on the streets also show greater propensity to cross roads, ignoring traffic rules. The panacea to this impasse in urban life is to declare pavement hawking illegal near densely populated crossings and transit centers. The National Policy seems to lack the common sense that it is congestion and density of human activities that cause street vendors’ presence in the proximity of crossroads and not the other way around. In fact, during a field survey in twenty-two earmarked crossings in Kolkata for non-vending zones, organized by the Urban Research and Policy Program (URPP) of the National Institute of Advanced Studies (NIAS), pavement vendors were observed to have played a marginal role in causing congestion. It was additionally observed that the presence of several other factors unrelated to street vending such as car parking areas in the vicinity of the crossing, auto rickshaw stands, road repair works, narrow road and pavement spaces compared to the extent of traffic, existing retail shops encroaching pavement spaces, and instinctive violation of traffic rules by pedestrians and automobiles caused states of anarchy in the surroundings of the crossings.

Policy Improvements
From the preceding discussion the following conclusions can be drawn. First, the zoning law for street vendors might not be able to solve the problem of traffic congestion at street crossings, since according to NIAS-URPP study in Kolkata, street vendors do not seem to be the principal cause of congestion in the intersections. It might achieve little else apart from displacing established street vendors, affecting their livelihoods. Second, an upper limit on the number of street vendors in the city may be considered from time to time with the consultation of major street vendors unions. A baseline year can be set. However, in doing so, the implementing state agencies should take into account two things: a) under no conditions should the upper limit be less than the number of existing street vendors, to avoid the risk of displacing livelihoods; and b) any upper limit on the number of street vendors should be drawn only when the government can assure viable employment alternatives with similar payoffs, if not better. Permanent rural and urban employment guarantee schemes will be essential in the long run to ensure employment alternatives and better implementation of the upper limit.

Ritajyoti Bandyopadhyay is a Postdoctoral Associate at the National Institute of Advanced Studies, IISc, Bangalore. He can be reached at ritajyoti@gmail.com