Who Really Benefits from the Kosi-Mechi Interlinking Project? 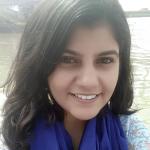 In 2018, after the India-Nepal announcement of new connectivity through Inland Waterways, I visited Bihar and Nepal with a Manthan Adhyayan Kendra field team to understand how prioritized waterways on the rivers are developed, specifically National Waterways Kosi and Gandak, as well as the Ganga in Bihar. Our team was working on a project to investigate the characteristics and issues associated with changing and shifting river channels, the challenges of maintaining adequate depth throughout navigation channels, and environmental impacts due to interventions, such as dredging proposed for very high sediment loads.

While navigating the lock-and-gate arrangements at the Hanuman Nagar Barrage for the Kosi National Waterway, I spoke to Badriji from Nepal, who showed us the Kosi Eastern Canal and the syphon structures made for river drainage. He explained that there were three underground syphons and one above-ground syphon. “Ye uppar wala syphon toh bante hi nakaaman ho gya kyuki nadi ke bed se unchaa hai” (The one above the ground has been useless since it was built because it is way above the riverbed and, hence, water cannot find its way through). He spoke at length about the lack of canal maintenance and how it contributes to waterlogging, impacting agriculture on the right side of the canal.

Reflecting Badriji’s concerns, there is now a growing body of literature and voices illuminating the adverse impacts of river interlinking projects in India. While the National Water Development Agency (NWDA), under the Ministry of Jal Shakti, has proposed many interstate river interlinking projects based on the premise of transferring water from water-surplus to water-deficit basins, it has also proposed intrastate projects. One of the projects gaining prominence after the Ken-Betwa River Interlinking project is the Kosi-Mechi Intrastate linking project, aimed to provide irrigation benefits during the monsoon period in North Bihar, which faces annual flooding and waterlogging conditions.

Under the National Perspective Plan, the NWDA proposed thirty major river link canals in India. Of the thirty, sixteen are situated in peninsular rivers and fourteen involve Himalayan rivers (six of which are directly associated with Bihar). Expanding the scope of such projects in Bihar, the Minister of Water Resources Department, Government of Bihar, in the Special Committee Meeting of River Linking Projects held in November 2021, requested that the NWDA conduct surveys to gauge the possibility of linking all small rivers in Bihar. Among the river linking projects in Bihar, the Kosi-Mechi project was accorded Investment Clearance and Environment Clearance in August 2019. During that 2019 meeting, the Minister requested that this project be granted National Status, similar to that of the Ken-Betwa Interlinking Project.

The Kosi-Mechi project is designed to divert part of the Kosi River surplus water through the existing Hanuman Nagar Barrage by way of a 117 km long link canal to the Mechi River in the Mahananda Basin. The diverted water would provide kharif crop irrigation during the monsoon season to the Araria, Purnia, Katihar, and Kishanganj districts in Bihar. The irrigation water, when needed during non-monsoon periods for rabi crops, is dependent on the construction of the Sapt Kosi High dam and is not part of the Kosi-Mechi project as of now. Mahendra Yadav, a member of the Kosi Nav Nirman Manch movement, says the Kosi-Mechi project is based on the kalpanik (imaginary) condition that the Sapt Kosi High dam will be built someday. According to Yadav, “Kosi and Mahananda, and even Mechi, which is the tributary of Mahananda, are situated in the same eco-zone. So, when it rains or floods in Kosi, the same monsoon or flood reaches Mechi or Mahananda in a day or two. Rainwater in the monsoon season is there in both the basins, so there is hardly any need for water during the monsoon. If the Kosi-Mechi Project were indeed an irrigation project, the state would look to provide solutions to the water deficit for rabi crops.”

The Kosi-Mechi project’s public hearing document, the only documentation listing the concerns of the local population from beneficiary districts, also contains similar worries about the providing of water to areas that naturally receive water during monsoon seasons; many locals fear this could make their fields more prone to flooding and waterlogging and lead to the destruction of their land.

The absurdity of the logic of this project is not the only issue. The project posits itself as having no adverse impacts on the environment and only positive impacts for the people of Bihar. However, there are major gaps in the EIA report.

First, look at the number of rivers, rivulets, and streams impacted by this project. Kosi’s water from the Hanuman Nagar Barrage is to be transferred to the Mechi River by extending and remodelling the Kosi Eastern Main Canal. A new 76 km canal will be constructed close to the Indo-Nepal border as an extension of the existing 41 km Eastern Kosi Main Canal. Additionally, the project involves the construction of 14 syphon aqueducts, 9 canal syphons, 10 cross regulators, 27 head regulators, 9 pipe culverts, 43 road bridges, 1 settling basin, and 8 escape canals. The canal—meant to connect only two rivers in Bihar—will cross thirteen rivers on its path: Parman, Tehri, Lohandra, Bhalua, Bakra, Ghaghi, Pahara, Nona, Ratua, Kawal, and Kankai. The canal may also interfere with other minor streams, but according to the EIA report on the basis of which this project has been granted Environment Clearance, these issues would only be revealed during the project’s execution. The workaround for these minor streams would be to either divert them or construct cross drainage structures. It can be said, however, that what’s not accounted for hardly ever gets managed properly.

Second, the project and its environmental management will not provide a remedy for the siltation or the issues of catchment, both of which are imperative if any river linking project in North Bihar is to survive. The EIA report even acknowledges that the project is exclusively for canal linking and, thus, unable to implement siltation measures due to funding and management constraints.

Third, The EIA report claims that the Kosi-Mechi project will not displace the population and, therefore, the need for a resettlement and rehabilitation plan has been ruled out. However, this does not mean that there will be no impacts on the population. The same EIA report states that 1,396.81 ha (3,450 acres) of land is required for the project, of which 632.23 ha (1,560 acres) have already been acquired, with 764.58 ha (1,890 acres) to be acquired for branch canals and distributaries. As a result, potentially affected populations who would require resettlement or compensation are being held in abeyance.

Finally, it is alarming that the downstream impacts of the project will not be assessed until five years after its commissioning. The whole purpose of the Environment Impact Assessment is to evaluate potential impacts prior to development and account for any necessary management and mitigation measures while implementing the project.

While the Kosi-Mechi project has been given the green light, important prior assessments related to land, water, sediments, and compensation remain. Discussing the reasons for such haste, Yadav laments the Eastern Kosi Canal’s existing problems and claims that its utilization potential was revised (decreased) to match its actual utilization. Speaking about the Kosi-Mechi project, he is equally pessimistic. “It is not an irrigation project, it is not a flood protection project, it is not even a river interlinking project,” he says. “The only beneficiaries of this project are the few people involved in the construction of the canal.”

Avli Verma is a Researcher with Manthan Adhyayan Kendra. She has an M.Phil from the Indian Institute of Technology, Bombay, and studies emerging infrastructural interventions on Indian rivers.

This is the fourth and final article in a set of guest-edited IiT short series. The articles in this series seek to make sense of India’s multi-scalar response to climate crisis in four distinct ecological regions. India’s first-ever climate change assessment report, published in 2020, found that the intensity of droughts increased between 1951 to 2016 and that water stress, due to both flooding and loss of ground water, has exponentially risen over the previous decades. There is increasing pressure at the state and local municipal levels to come up with mitigation plans coupled with increasing global pressure on India to declare a zero-emission target. At the same time, on the ground-level, political, communal, and ethnic violence has increased in areas that are increasingly “disaster”-prone. This series will map how the effects of extreme weather are manifesting themselves as market-oriented transformations of the agrarian and forest economies, leading to various kinds of ethnic fissures and political violence around the question of land in the Ganga Brahmaputra region.
(Guest Editor: Debjani Bhattacharyya, History Department, University of Zürich)