India in the Global ICT Game 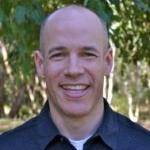 If globalization is a game, India would seem to be one of its winners. The past decade has seen India record impressive economic growth and move into fast-moving high tech sectors. Nowhere is this transition more apparent than in information and communication technology (ICT). While China has made a name for itself making ICT hardware, India is known for its prowess in software. Multinational corporations from Microsoft to Adobe have set up R&D centers in India, while home-grown firms like Infosys and Wipro have taken advantage of the outsourcing boom to become global players.

Is India emerging as an ICT power? Not yet. In 1990, the U.S. and Japan accounted for 51 percent of global value added in ICT, according to figures published by the U.S. National Science Foundation last year. By 2010, that figure had fallen to 38 percent. Yet, India wasn’t the reason for this fall; China was. Whereas China’s share increased from 1.7 percent to 12 percent, India’s share barely budged, rising from 0.6 percent to 1.5 percent. Even in computer programming – India’s strong suit – the country’s share remained just 1.7 percent.

These figures are likely missing some of India’s contribution to the global ICT value chain. Multinationals (MNCs) have set up more than eight hundred captive R&D units in India, and these often work closely with R&D centers in other countries. With emails and ideas moving back and forth, how does one capture the full contribution that these Indian units are making to their enterprise’s bottom line? Even so, a more accurate tally would probably not radically alter the picture painted above. In 2011, total MNC spending on R&D units in India – across all industries – was about $7.0-7.5 billion USD, according to the Indian consulting firm Zinnov. Yet, the gap between China and India’s value added in ICT alone was about $300 billion USD in 2010.

Moreover, some of India’s work in ICT is vulnerable to changing business strategies. Cliff Justice, who leads KPMG’s outsourcing practice, recently authored a report bearing the ominous title, “The Death of Outsourcing.” Overstated, to be sure, but a warning nonetheless. Over the past decade, the wage gap between skilled software programmers in India and those in less expensive American locales has fallen significantly. In the meantime, companies are discovering that outsourcing information technology work can carry unanticipated costs as they lose touch with key parts of their business. To attract ICT investment in the future, India will have to offer more than cheap labor.

China is hardly a perfect model for India. As Council on Foreign Relations Senior Fellow, Adam Segal puts it, China excels in the “hardware” of technological innovation – money, technicians, and equipment – but it still needs much better “software” – legal protections, risk-tolerance, and connections between enterprises and universities. Moreover, China’s Internet controls not only limit information, but also competition from foreign firms. Facebook, Twitter, and some Google services – among other things – are blocked in China. Such open-ended protection (whether intended or not) risks creating a cohort of firms that are less innovative and less competitive.

Still, the question remains: why is India’s ICT industry lagging behind? For some, China’s autocratic system holds the key. After all, China can compel its companies to invest in new technologies as few other governments can. Yet it is far from clear that Beijing’s attempts to move ahead through bureaucratic fiat are effective. In recent years, China’s special commission for overseeing its largest state-owned enterprises – The State-Owned Assets and Supervision Administration (SASAC) – has pressured state firms to invest in R&D and to apply for patents. China’s state firms have responded, but it is unclear that the resulting investments have been well made or that the new patents have much value. Moreover, China’s biggest success stories in ICT – Huawei, ZTE, and Lenovo in particular – are not overseen by SASAC, even though they all have links to the Chinese government. The answer, it would appear, lies elsewhere.

What about the “techno-nationalist” policies that China has adopted over the past decade? By tilting the playing field in favor of domestic firms, China has sought to create opportunities for them to move up the value chain. Yet, this has often proven problematic in ICT. Several years ago, China’s attempt to promote its own wireless computing standard – WLAN Authentication and Privacy Infrastructure (WAPI) – proved a disappointment. China’s domestic standard for 3G telephony – TD-SCDMA – has generated only limited benefits for the country. More generally, Beijing’s plan to make government procurement target “indigenous innovation” was ultimately cast aside under foreign pressure.

More important, perhaps, is the fact that China’s strong foundation in manufacturing is now overlaid with a vast market for ICT products. China has become the world’s largest market for mobile phones, including smart phones, and for PCs as well. MNCs are no longer coming to China just to export, but more and more to compete for local customers. That means more local R&D to adapt products to local tastes, more retailing, and more after-sales service.

China’s gigantic market has also created incentives for Chinese firms to upgrade, as Loren Brandt at the University of Toronto and Eric Thun of Oxford University have shown. It is no easy task for Chinese companies to compete in developed economies; their understanding of the market is poor, and technological demands are higher. On their home turf, however, the barriers to entry are lower. Chinese firms can compete for Chinese consumers, and the ones that succeed also have incentives to upgrade to escape the vicious price competition at the bottom of the market.

Can India follow in China’s footsteps? To a limited degree, it may be doing so already. Chasing the country’s vast population of mobile phone users, foreign handset maker Nokia has developed an extensive presence – including manufacturing – in India. Meanwhile, according to Business Monitor International, Indian handset makers raised their domestic market share from 1 percent in 2007 to 15 percent in 2010. More generally, however, India is struggling to keep up in the ICT business. In fact, India’s imports of electronics products are surging, as Indian businesses and consumers are hungry for everything from new telecom equipment to tablet PCs. The result is growing concern about depending on imports for potentially sensitive technologies, as well as worries about the growing trade deficit.

In January, the Indian government responded to these concerns by floating new rules that would require tech firms to manufacture their products domestically. This is the wrong approach. India should position itself to add value to the global production networks through which ICT products are made, rather than simply finding ways to decrease imports. It would not hurt to start with the basics: the country still needs improvements in infrastructure and human capital, notwithstanding the efforts of recent years, and the university system is crying out for reform. India is not China, of course, and it must chart its own path. But India might still learn a thing or two from its neighbor’s successes.

Andrew Kennedy is Senior Lecturer at the Crawford School of Public Policy at the Australian National University and a CASI Winter 2013 Visiting Scholar. He can be reached at abk1001@gmail.com.