"Beyond Acquiescence and Surveillance: A Modular and Grounded Approach to Media Regulation," Sahana Udupa. India in Transition, August 29, 2011 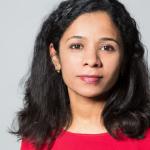 Across the world, and most certainly in India, the expansion of Internet-enabled media has sparked new hopes of political participation, and new arenas for public debate and political action. Recent estimates reveal as many as 350 million Internet users in India, alongside only China and the US in reach and volume.

New media’s potential for politics has inspired optimistic pronouncements on “digital enlightenment” and the ability of peer-to-peer network architecture to transcend social divides. Critics have been equally quick to impugn the utopia and draw attention to market and state surveillance, and social forces of gender, class, race, caste, and religion which limit digital access and capacity.

In such a swell of optimism and sobering criticism, how do we understand digital politics in India? What has new media done to political participation? The answer to this capacious question is that a variety of political ideologies are advanced, including the evolving alternative media for socially marginalized Dalit communities. From protests in the Delhi rape case and Pink Chaddi Campaign to Patidar agitation in Gujarat and student dissent in the JNU row, recent events have increasingly relied on social media to disseminate messages, gather support, and contest prevailing perceptions. The very channels of social media have also triggered panic and spread rumors, as was the case when North East Indian migrants hastily fled major cities after reading and sharing messages saying they would be the targets of retaliatory violence.

New media’s expansion for agendas as varied as development, governance, and leisure, and the diverse class groups gaining access to online media make the picture even more complicated. Against this complexity, social media has fostered a distinct middle class voice laying claims to public discourse. This voice has become increasingly audible since the urban middle class constitutes a major group of Internet users in India. According to the trade body, Internet and Mobile Association of India (IAMAI), 246 million Internet users came from urban India, whereas rural India had 129 million users in October 2015. The report for 2011 suggested that more than half of Internet connections in India were concentrated in the eight largest cities. According to the Indian Market Research Bureau, in Mumbai — illustrative of a large Indian city — over 60 percent of the six million active social media users came from the higher income brackets (Sec A and Sec B categories in the media market surveys) in 2013. Political discourses on social media among these privileged groups gain further salience because of shared news practices among commercial media entities in English, as well as regional languages. The urban phenomenon of new media debates spills into a broader public domain when television channels and newspapers feature online debates and hashtag trends as daily newsfeed.

With all its volubility, there is an active, often acrimonious debate culture on social media, shaping a politically alert net savvy generation of India 2.0. During my fieldwork in Mumbai, a digital advertiser and political tweeter in Mumbai piquantly described this net-fed generation of India as the “middle class on steroids.”

In my book, Making News in Global India: Media, Publics, Politics, I have shown that large commercial news media, under pressure to become “interactive” and the influence of reforms discourse of “transparent governance,” started to involve readers and viewers in civic campaigns to demand better “service delivery” from the state and corruption-free governance. This mediated civic agency spurred on in the aspirational march toward India as a global power has combined today with online affordances and globally shared confidence about new media’s ability to trump legacy power. As a result, a new kind of “ideological entrepreneurship” has emerged at the nexus of technology, market, and user practice, making middle class online users significant political actors. Encumbered and propped up by the state at the same time, this agency has developed a double face: one that fashions a post-Nehruvian model of liberalism and one that declares allegiance to Hindu nationalism. Although they spar over a variety of issues, a common trope of corruption-free India and notions of technological modernity run between the subfields, both fueled by overlapping sets of online users using similar informational tactics. This blurriness and shared cyber architecture frame the context for emerging online middle class nationalism.

The effects of online nationalism should not be exaggerated. India’s diverse regional political fields and the multiplicity of voices on online media defy a simple narrative. However, what still remains significant is the middle class agency around digital media and its claims on what the nation should be and who rightly belongs to it. Media theorist, Nick Couldry captures this privilege as “proto agency,” referring to preconditions for digital engagement, which include “new forms of agency (understood as such), digital awareness, and broader infrastructural changes.”

Online practices around nationalism, also tapped by established power, are pronounced in the cities of Mumbai, Bangalore, and Delhi where I have been carrying out fieldwork. At least three aspects of digital media culture underwrite the “ideological entrepreneurship” of middle class nationalism.

First, new media has encouraged a culture of colloquialism in political debates, bringing the informal address, theatrics, and maverick tactics into national mainstream proper. Cyber cultures of humor, satire, and parody have exploded, as have the vibrant visual cultures of Internet memes, selfies, and photo-shopping as legitimate — if contested — forms of political communication. There is stinging awareness about the duplicity of digital enhancement, but paradoxical enough, cyber content multiplies through this very knowledge about digital duping.

Second, there is a zeal to assemble facts, figures, and treatises as a counter point to mainstream media narratives and legacy critics by net-savvy “non-experts.” This is especially prominent among online supporters of Hindu nationalism who challenge mainstream media commentators and liberal critics dubbed as pseudo seculars. From riot statistics to excerpts of religious texts, a range of “facts” assembled and stored online are brandished as evidence and counter-evidence to wrestle for legitimacy in the public domain. This I call the culture of facticity.

The interplay of facticity and online gimmickry can be harsh and confrontational. This is evidenced by the burgeoning invective literature on online media — swear words, curse words, name calling, and put-downs — amply captured by the Hindi word gaali. Although online gaali has opened up new ways to participate in political debates, akin to the subversive countercultures recorded throughout history, its deeply gendered and hypernationalist overtones often target dissenting voices — especially those of women — by trolling, spamming, doxing, and shaming.

While every aspect of ideological entrepreneurship needs policy focus, online abusive exchanges warrant some urgency. International policy and research communities have responded with debates on hate speech and dangerous speech. However, the challenge is to avoid hasty appropriation of uniform templates such as “cyberbullying,” “hate speech,” or even more narrowly constructed terrorism talk, and instead, develop contextually rooted frameworks. The very first task, therefore, is to draw a typology of various kinds of abrasive language proliferating on online media, and map them in terms of what they mean in different contexts, what they do for different groups, variations of use and motivations, state regulatory approach, and the response of Internet intermediaries. A direct intervention is to build capacity to confront and neutralize the effects of trolling and abuse for politically vocal groups. An online tool to this effect will be useful, not only to create awareness but also to take up a mediating role in escalations to service providers, legal help, and documenting troll cases in an open data format. If implemented, the mere act of documentation and display would cause unease for paid trolls and clandestine practices riding on online anonymity.

Policy approach to new media should, therefore, go beyond digital access and develop a more substantive policy objective of digital cognizance — one that pushes for dynamic knowledge about the rapidly mutating digital architecture, including awareness about the tools for “gaming the system.”

Sahana Udupa is a Research Fellow at the Max Planck Institute for the Study of Religious and Ethnic Diversity, Germany. Her research interests include journalism cultures, new media politics, and global urbanization. She is the author of Making News in Global India: Media, Publics, Politics (Cambridge, UK: Cambridge University Press, 2015).